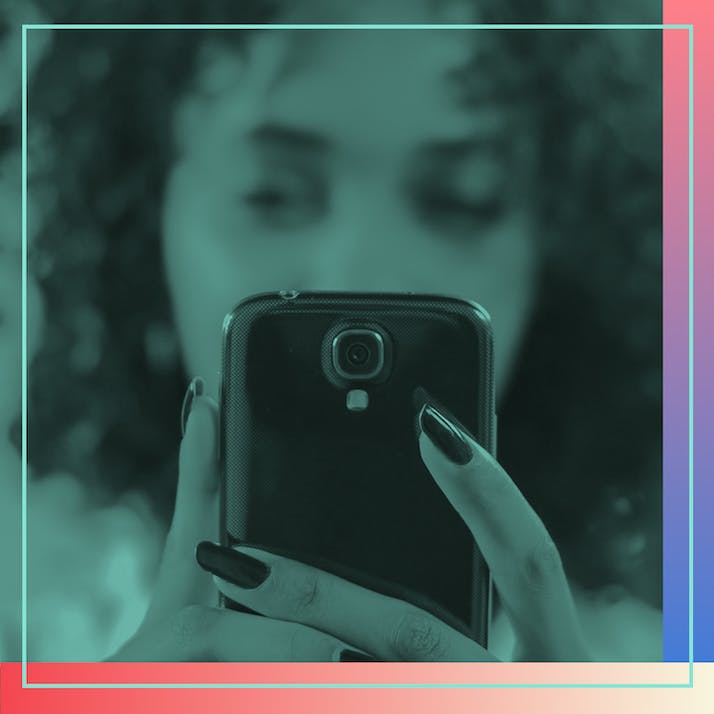 Online Sex Work Has Given Me My Power Back

There are still bullies and trolls, but monetizing my body gave me the freedom to be sexualized on my own terms.

Every person’s entry into sex work is different, but it’s safe to say that most of us don’t experience the Hollywood version. You know, the one where the girl wakes up after a one-night stand to find a wad of cash on the bedside table. The naiveté of the solicited woman makes her more appealing to a mainstream audience—someone who stumbles into sex work is more respected than those that choose it.

This is not one of those stories. This is my story. There are so many differing tales of sex work, varying in class, race, sex and determined by privilege. I cannot and will not attest to any other worker’s experience. I can only offer the conclusions I have come to from my own.

“”
He spent hours begging me, sending me money, paying for lingerie to be delivered.

The World of Financial Submission Was Seductive and Conflicting

It all started with a guy I was seeing. We lived in different cities with busy lives and our relationship consisted mostly of texts, calls and voice notes. He would beg to be on his knees to supplicate to me. Although this was my first experience dominating a man, I quickly learned the vocabulary. It felt like a second language, another tongue lying dormant within me. I demanded he prove his worth; I refused to allow him up for air; I called him names; I commanded his tongue to clean the heel of my boot. I could imagine him on the floor for hours, his knees red and sore, his head buried between my thighs.

His birthday was no different. He wanted to lick my shoes clean from the floor of the bathroom stall. He spent hours begging me, sending me money, paying for lingerie to be delivered. All while his birthday party raged on without him. I woke up, refreshed and empowered. My bank account had been topped up, my orgasm had arrived at my own hands and my inbox had one new message thanking me for last night and confirming the order from the sex shop was on its way. This was my first experience of financial submission. I was determined to make sure it wasn’t my last.

I found this tug to a world completely engrossed in materialistic values both seductive and conflicting. In my heart of hearts, I am a socialist. But when the journey I took with this partner quickly came to an end—and as our relationship stagnated—my journey into kink and dominance had just begun. Ultimately, being introduced to the world of kink gave me the voice to demand—for myself, for my desires and for my worth—both pleasure and payment.

“”
Monetizing my body gave me the freedom to be sexualized on my own terms.

It took a while for me to gain the confidence to enter the online sex world. I knew some people who had created a page on OnlyFans but, for the most part, I was on my own. I went in with the intention of getting more of what I had already discovered a taste for. I wanted simps, subs, begs and betas who would fawn over me, adoring me with their words and emptying their wallets for me. As with all roles, I felt a huge amount of imposter syndrome. By calling myself a domme, I felt as if I cowered behind the word, with no dungeon, very little experience and a wardrobe that amounted to only a few gifts from my first-ever sub.

I quickly learned that sex work today is mostly a self-promotion game—you spend more time upvoting, retweeting and censoring photos for advertisement than you do flirting or sexting with subscribers. It is entirely about self-creation. It is your persona, your content and you set the rules.

My favorite parts are the little things, the eager-to-compliment subscribers and the just-because tips. I have always been a bit of an exhibitionist and eager to show off my nudes to friends and crushes alike, so I get a rush just from being viewed. I found that after years of being sexualized and harassed without my consent, monetizing my body gave me the freedom to be sexualized on my own terms. My persona is in my content but not every facet of me. I could therefore detach easily from the sexual footprint I left online.

Sex Work Has Made Me Feel More Confident About Myself

I soon had my eyes opened wide to a world of online sex work, which is vastly diverse. The cellulite, the amount of body hair (or lack thereof), the differently-abled, the surgical scars, the skin tones. All the fat, trans and queer bodies that have been prejudiced for their difference can profit the very same. One person’s insecurity is another person’s preference. As much as with any online community, there are still bullies and trolls. But with every nasty comment, there is a group chat of sex workers ready to block, downvote and fight back. Armies of SWers of every shape and color stand at the ready to uplift and take down, to promote and praise each other. You may embark on this endeavor alone but there is always someone in your corner.

Men will always sexualize me no matter whether I choose it or not, but sex work has given me a newfound ownership over my body. I cannot stop men from objectifying me but I can choose to profit off it. In a patriarchal capitalist society, this is the best I can strive for. Instead of unsolicited dick pics, men now pay for my humiliation or appraisal of their genitals. Instead of knowing an ex still has my nudes filed away, as a content creator, I now have the ability to seek legal action against anyone who attempts to distribute images of my naked body.

Every dollar I earn is a reparation for the patriarchy, the harassment endured or the privileges my gender denied me. Every order I give and every “Yes, mistress” I hear is a win over every wolf whistle thrown at me on the street. Every man who begs to be on their knees for me makes up for every patronizing tone I have ever heard. These “simps” are my reparations for a lifetime of oppression—and as long as they have a face, I have a seat at the table.