On Both Sides of the Vagina: A Clinician’s Account of Her Own Reproductive Powers 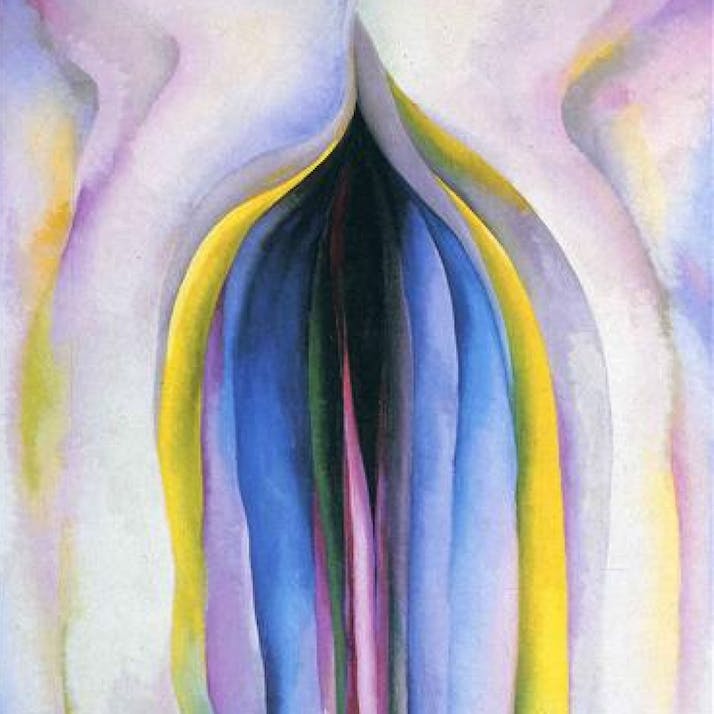 On Both Sides of the Vagina: A Clinician’s Account of Her Own Reproductive Powers

What if women all had the power to intimately know their reproductive systems?

As my husband faced a possible deportation, I found myself pregnant with my second child. Quickly, I had to choose whether to be a single mother of one or a single mother of two. I had a daughter, and I didn’t want to raise her in my husband’s homeland of Syria (a good thing, in retrospect, because he was deported and war broke out there three years later). Yes, sometimes these executive decisions—ones that go against the flow—are for a woman alone to make.

I looked in the mirror, pulled down the bottom lid of one eye and looked with the other eye to see if one of the vessels forked into three separate branches. At the moment of conception, the vessels are signaled by hormones to prepare for increased blood volume to nourish the babe in the uterus. I knew I had conceived. I learned this method from my acupuncture training, and I’ve monitored this for years, so I know what my eyes usually look like. I had even taken baseline photos to compare. I knew within 24 hours after sex if conception took place. I knew before the egg had even passed the fallopian tubes or embedded in the uterus.

I gained this knowledge two weeks before a pregnancy test could tell me so.

Early detection of pregnancy is the key aspect of safe passage. Having been pregnant before, I recognized the eerie calm of my mind and I was content to watch the wind through the grass for hours at a time. I had decided that I didn’t want to have this second child alone. I chewed on wild carrot seeds (Queen Anne’s lace, common name) that I picked from the side of the road, making sure the stem was fuzzy, and avoiding any plants that had purple spots on the stem, for they are poison hemlock.

Wild carrot seeds irritate the inside of the womb, and my body expelled a slippery mucosal lining that carried the fertilized zygote with it. There was no pain, no danger. It was actually a pleasing sensation, just very juicy down there. I remember thinking that if these seeds actually worked, I wouldn’t be beholden to my body and could direct the course of my own future.

Psychologically, waiting the 10 days to verify a negative pregnancy test was torture. Did this gentle experience actually accomplish the deed? The expulsion was so completely non-eventful that I wondered if anything had happened at all. I was constantly questioning if I still felt pregnant and would have indulged in that reality too. I gave myself whiplash, fighting my body's desire.

My period wouldn’t come for another six weeks. Two weeks after eating those seeds, the pregnancy test was negative, and I had the oddest feeling, like not all of me was there. I always had to check for something that I had left behind any time I changed rooms or left the house. I felt like I was in a Doctor Who episode—I had changed one thing in the continuum of time, where everything felt familiar but always slightly off, something that I could never put my finger on.

I believed that I had taken my herbs consciously and felt aligned with my decision, but my body hungered for this pregnancy. Nine months later, I weighed as much as I had if I had gone full term. All executive decisions really do cost.

“”
I had the oddest feeling, like not all of me was there.

After two years at home with my first baby, I started to work at an existing acupuncture practice, where the patients were new to me. On my first day, a woman in her 40s came into the treatment room asking for acupuncture for her tennis elbow. Over thousands of years, acupuncturists have developed the intricate art of qualitative pulse-taking—each treatment begins with hands on the pulse, a glance at the tongue and the pulling down of the eyes to collect significant data, even when treating just an elbow. The elbow is attached to a human being, and in this case, to a pregnant woman.

“Are you sure you are here for me to treat your elbow?” I asked. “Because from what I see here, you are pregnant.”

“How dare you! I just found out myself; you weren’t supposed to know that,” she said as she recovered. “That is private information. My husband doesn’t even know yet! I almost have kids ready to go to college. This has really caught me off guard.”

“I only bring this up because certain acupuncture points are contraindicated during pregnancy because a point can pull downward in a forceful way to cause a miscarriage,” I said, committed to my due diligence in informing the patient of the potentialities of treatment at this time.

By the look in her eyes, she had seen opportunity in what I had said. Her mind cranking away, I broke the silence. “Why don’t we put off the elbow for today and take the time to decide this with your husband? I will be happy to treat it tomorrow if you like.” The next day, they came in and made their decision. Within four daily treatments, her period came. She was no longer pregnant.

Women Who Have Had Abortions Must Find Compassion for Themselves

I’ve had patients with uterine fibroids and gynecological problems years after an abortion. Often, having an abortion is a private matter, a decision that is made alone when we are young or in precarious relationships and when our skills or needs for handling our emotional world are taxed, and we just carry on and carry the pain for decades. Women who have had abortions make up a club that nurses a parallel universe, maintaining a second timeline that no longer exists, a world where they cared for that unborn child. We get the procedure and run our lives, business as usual, but our subconscious knows and honors the ages of our unborn children. As resolute as we are about the decision we make, grief gets its due.

But grief without acknowledgment leads to long-term physical ailments that collect without getting addressed. The first step is to find the wound that reveals the cure—often, it’s the story we harbor around having an abortion that needs attending. In retrospect, unpacking that story, nursing your own child within who had to make such a decision, is where the healing begins. Becoming your own good parent and listening to the lost part of yourself, awakening compassion in place of judgment, can reopen the river of the internal world to flow versus collecting fragments of unprocessed bullshit that haunt a future. Coming to a place of forgiveness makes one ready to lay the baby lost to rest.

I bring these women together to tell their stories to one another; they all know the ages of their unborn children decades later. I then have women pick or buy white flowers and have them tie them to a rock. We meet at a dock in the morning with a rented boat to sail out from the coast. We go until there is no land in sight—each woman, one at a time, gets on the dinghy with me to privately release her flower-bundled rock into the sea. A thunk rips to the core of how real that decision was to her soul’s record. The wound reveals this cure, and finally, she arrives in the current timeline.

Fertility Should Be a Gift and Not a Sentence

In my 20s, when I first attended acupuncture school, I found myself in a circle of midwives and home-birthing moms. When it was my turn to speak, I exclaimed, “I am in the wrong place! I left my boyfriend in New York so I wouldn’t get pregnant, and now I find myself with midwives!” Behind this defensiveness, unexpected grief was harking. I was crying without knowing why, but what came forth was that I was trained to be a warrior against fertility—the activist, battling something so intrinsic to being a woman. That day, fertility became a gift, not a sentence.

That evening around the circle, the midwife brought out a lipstick-sized microscope to view our own cervical fluids or saliva. She gave us each one. We would spit on the twist-off round glass and let it sit to dry so we could examine our fluids under magnification. We learned that the fluids look globular and indistinct during the infertile times of the month. During the fertile times, the saliva and cervical mucus had crystalline, snowflake-like patterns. We would call this “ferning,” indicating the woman was in her fertile window. With this foreknowledge, we could navigate our fertile times consciously to become pregnant or to avoid pregnancy.

If you were in charge of your pregnancy, reproduction decisions would fly under the radar of the courts and medical intervention.