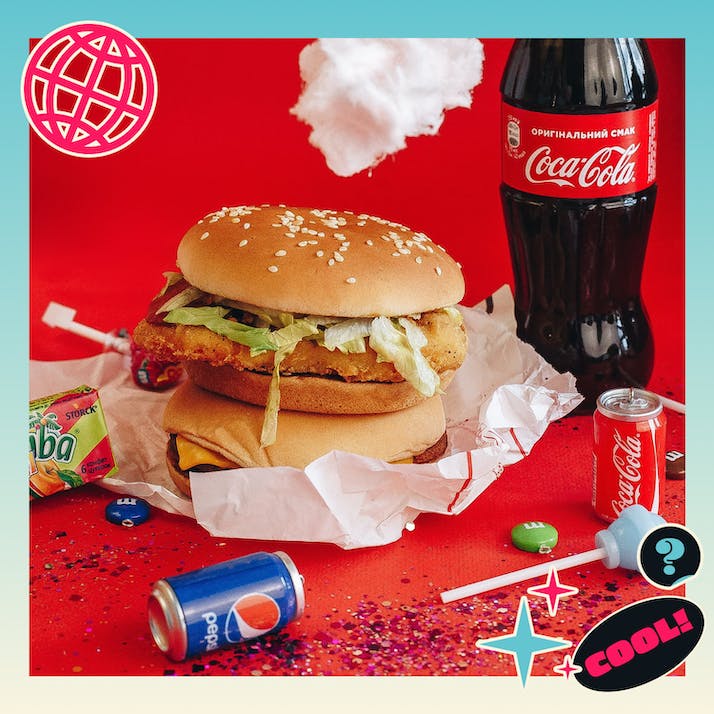 I'm Nostalgic for an American Culture That Doesn't Exist

We grew up in America. Uh-mer-ick-uh. The land of the free and the home of the brave. Or so they told us.

We were programmed with so much number-one entitled elitism, fueled by ashes of the Cold War and planted by seeds of innovation to come. Zapping TV dinners taking in Hollywood’s sovereign content, the U.S. bulldozed psyches globally, tainting the flavor of Globalization 2.0. With Coca-Cola and McDonald’s up its sleeve, American neo-imperialism crawled into global reality—blue-, red- and white-washing every continent.

What effect did that narrative have upon those at home on good ol’ American shores? From the consequences of Vietnam to the Gulf War waddle to the supposed weapons of mass destruction in Iraq? Could the U.S. populace have a conscience?

“”
This place is fucked up.

America Is a Nation Without an Identity

With a mere two true border countries—“America Lite” up north and the hired help down south—we face few consequences for our behavior. Humans define themselves by “the Other.” And since the nature of Americanness became a melting pot of possibility, most melded to fit in. Immigrant children refused to learn their parents’ native tongues. Tales of the Old World died with our grandparents.

This land on which we stand is not ours, stolen by diseased blankets and conquistador trickery. Even the indigenous population of the U.S. has an identity crisis.

This place is fucked up.

Spring is making its way around the corner as I take a weekend getaway strolling rainy Tallinn streets. As I look up at classic Estonian buildings, deformed under the weight of time, reading signposts dating back to the 1400s, I take in a fresh breath of Nordic air and feel what it’s like to have culture. History. Meaning.

My travels through Bratislava to Budapest and Brussels to Bordeaux have shown me that people who have place create meaning around time and space. And over the trajectory of time, they weave a story of who and why they are. This is cultural history.

My Jewish ancestors came to the U.S., chased out of Eastern Europe by the czar in the late 1800s. Third-generation American, I don’t deny how lucky I am, how being born upon Yankee soil gave me a leg up in the world. I wouldn’t be who or how I am today without that.

But gratitude doesn’t dissuade my grimace. I can be thankful for being an American and still be disgraced at the lack of culture it harbors.

In some ways, minorities stuck together to preserve tradition. But in many other ways, a blasé form of political correctness makes the disparate seemingly mainstream. Messages of tolerance and acceptance put forth an agenda of sameness, leading the American psyche to focus so hardcore on the latest release of InstaNetflixNow that we’ve forgotten where we came from. We’ve become so self-obsessed that we’ve forgotten why we’re here.

My holiday takes me to the Estonian countryside, where I swing on a giant wooden plank built for 12, a local tradition. My strawberry-bearded Estonian friend tells me their history is riddled with witches, ceremony and traditional hunts for nonexistent fern flowers (as an excuse to make love in the forest). The Midsummer festival gathers a tribal reality of animist sun-worshippers, reconnected to natural cycles of reality on this planet earth. It seems each action has a superstition and each tradition a ploy for preservation.

We go for a walk through the woods, and as I follow his stout calves along the path, the endless sea of ferns sprawling across the forest floor flood my optical scope. I feel for a second like I'm tripping, yet I'm as sober as daylight. I ask him if he is used to this euphoric reality, and he responds by delving deep into Estonian mythology. Loosely translated, this is how ferns are thought about: "The fern blade keeps the lightning bolt away and the wolf from holding its tooth. It shines like the sun and shines in all the colors of the rainbow and is more beautiful than the water rose on the Amazon River and the morning star in the sky."

You're tripping with me now, right? In the end, he says yes; the quiet of the forest and the deep connection to the drastic changes in seasons keep him as grounded as his great-grandfather and his great-grandfather's grandfather. Their way of life is simple, only lightly changed by invasions and cultural conquests of religious conversion. Otherwise, he sits there before me, piercing sky blue eyes atop the long strawberry beard, sure as day: He knows who he is. Of course, his ancestry traces back to the Vikings; he has no doubt about his identity.

I can’t say the same.

“”
Could the U.S. populace have a conscience?

It’s not that anything is wrong with the United States. (OK, I may be biting my tongue there.) It’s just that we’ve lost all sense of history and deeper meaning. We are culture orphans living in a land of milk and honey. But the cows are locked up and the bees are dying. We’ve killed history, and no one knows their origin story anymore.

Some would argue that this hotbed of cultural enmeshment sings to the tune of country music and bluegrass. That the Appalachian Mountains still echo the settlers’ songs. That some unique form of original American destiny was laid down here, on the whipped Black backs of imported slave labor. Looking back, we don’t have much to be proud of.

We project into the future, build tall buildings and get obsessed with buying things online to make our kids look cuter. But have we forgotten how to write poems with pens?

Have we lost the visions of our ancestors or even the nation’s founders' dreams?

When politics become reality TV and the stock market can be swayed by the masses, have we not become a pigpen of toddlers, wading around in our own mess? Without being held accountable by the Other (aka border nations) and minimal hindsight from whence we’ve come, we cannot reliably plot a course for the future.

I sigh, wishing I could know what my lineage cared for, to walk in the footsteps of my ancestors. Likely they just wanted a better life. Nostalgia creeps up my spine. Was another strip mall, Target or Walmart paving their way across the country what they had in mind? Corporate slavery and media hypnosis?

We can’t win. Should we even try?

I long for a sense of national purpose informed by the past.

And I’m afraid I won’t find it here.