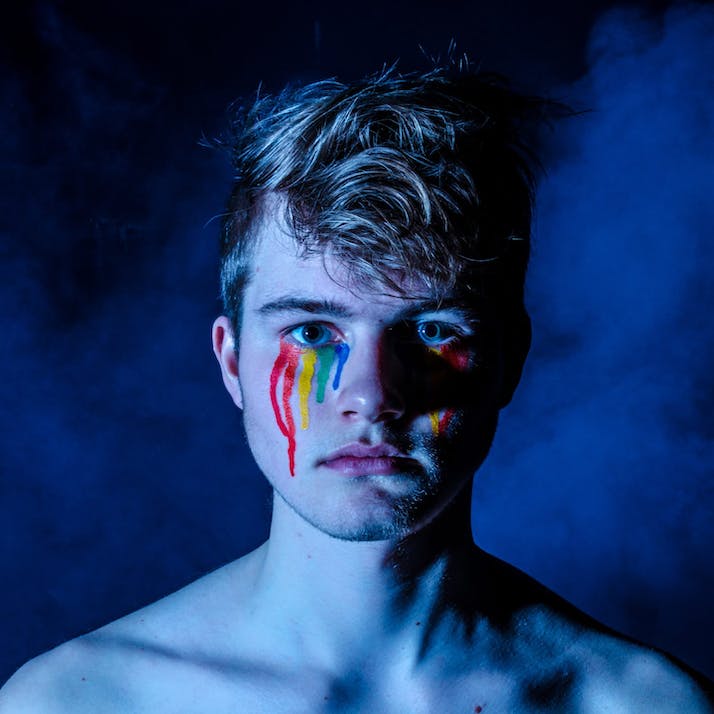 No One Hates Gay Men More Than Gay Men

I’m still learning to deconstruct the implicit biases I have against my male homosexuality community.

In 2021, we’ve made great strides in our pursuit of equality. Through the Stonewall riots to the marriage equality act in 2015, we’ve pushed forward in our endeavors despite what the conservative cishets of the world had to say. But there’s one thing that is holding us back. It’s something rarely discussed within our circle, but it’s something we need to bring to attention before we let it destroy all the progress we made.

We are the problem.

Growing up in a predominantly Christian environment, I waffled back and forth with being accepting of other gay people. My cousin was a lesbian, one of my classmates had a lesbian foster mom and I performed in the theater with other queer people. I was nothing but accepting of them because that was how my parents raised me. In my own coming out journey, I tried to avoid it by developing crushes on girls. Those were, of course, very awkward and usually lasted no more than a week.

It all changed when a cute brown-haired boy told me I was cool for pursuing the arts.

A few years went by before I came out to anyone and, when I did, I was outed to my Christian high school’s administration. I was given the option to stay in the closet or leave. I chose the latter and, in retrospect, I wonder if that was the right choice. In a way, I felt like I belonged there. I still consider myself a Christian and, at the time, I felt maybe I could work on hiding my attractions. Not full-on conversion therapy style but just enough to where the other boys in my class wouldn’t raise an eyebrow.

I watched how my hands moved, how my hips swayed and made sure to never walk on the tip of my toes. I hated how my voice sounded for the longest time. It was exhausting. Trying to pass off as “straight” was soul-jarring (as if I was fooling anyone). Part of me thought I would come to embrace my sexuality. I know I didn’t “choose” to be gay. I wasn’t molested as a child (which was ignorant to think).

My First Gay Male Friendship Turned Into a Lie

I was 16 years old when I developed my first friendship with another gay guy. We were both performing a play in our local community theater. We ate lunch together and had deep conversations about coming out. There was a sort of ease talking to him. Like I could let my guard down. It didn’t feel weird that he was 32 years old. Until it became weird.

What started as platonic camaraderie turned into subtle flirtation (on his part; I never reciprocated). It turned into him asking if I would go out on a date with him once I turned 18. Needless to say, I became uncomfortable, and we talked less and less. At the time, I wasn’t interested in entertaining the idea of intimacy, let alone with someone twice my age and as a minor. Not for any prudish reason. I just didn’t need it.

A few weeks later, rumors began to swarm around how this 32-year-old man was having sex with the other 16-year-old gay boy in the cast. I try not to judge people, but I felt played. I felt like he was only nice to me because he wanted to sleep with me. After the production, I kept my communication with him to a minimum, even when he asked me again for a date on my 17th birthday. “I’m sorry. I’m not interested,” I said.

Promiscuity and Toxic Masculinity Is a Persistent Issue in My Community

Because of that 32-year-old, I went on to view older gay men as filthy perverts. In college, I became sexually active. I went to a drama conservatory program in the middle of West Hollywood. Thanks to Grindr, my options were endless. My standards were low. I was sleeping with anyone who was available. Most were one-night stands whose names and faces are completely blurry in my mind. I did it for selfish reasons: to handle stress and unwind. Nothing more. I felt numb every single time. I didn’t care about getting to know any of them. I viewed them as opportunists, too. I was scared of getting played, so I played them instead. If ghosting were an Olympic sport, I would have won gold.

As I’ve gotten older, I’ve noticed a similar pattern with other gay men. Promiscuity runs rampant in our community. Barebacking, poppers, partying and all other aspects of hookup culture are embraced wholeheartedly. Sex in itself is not a harmful thing, but the expectations from it are. The different tribes—including twinks, otters, bears, muscle bros and pig bottoms—contribute to internalized homophobia. The toxicity of this manifests itself through gay male social media apps like Grindr (it’s not uncommon to see profiles that boldly state “no bottoms,” “no Asians,” “no fats,” etc.).

We demoralize each other.

Like straight men, we view dominance in the bedroom (being a top) as “manly.” I know I did. I’ve never made it a point to bottom for fear of giving my power away. I felt like bottoming was a sign of weakness. Being a top, or simply presenting as masculine, is seen as the only way gay men can survive in a heteronormative world. TV shows have promoted the “closeted homophobic athlete” trope, such as the character Monty on Netflix’s 13 Reasons Why. The more we pass off as the majority, the better.

There are gay men who are masculine and embrace their feminity. It’s perfectly healthy to do so. Straight men can do it too. But some gay men who identify as “masculine” are really denying themselves. Whether it’s going to the gym most days of the week or finding “normal jobs,” gay men are doing their damndest to not let their femininity slip through the cracks.

“”
If ghosting were an Olympic sport, I would have won gold.

We Need to Develop More Respect for Each Other

There is no simple answer to fixing this. Conversations regarding diversity are being brought to the forefront, so we should learn how to embrace them. But, to be candid, I have yet to get there myself. I struggle with deconstructing learned biases instilled in me from my personal experiences and Christian upbringing. The best way I’ve worked on this is by taking it day by day.

When it comes to sex, I start asking myself why I’m engaging with this person. Do I respect them? Do I want to know them? Do I need to put myself through the transfer of energies required? If I say no to any of them, I back away. I follow different social media accounts to educate myself on the experiences of other gay men.

It’s going to take a lot of time and effort in order for our community to reach an even level of respect and compassion for one another, but it’s through this work that gay men can break down their walls and be honest with themselves. I’m not the same person I was at 16. I implore other gay men who are struggling to take this time to do the same thing.