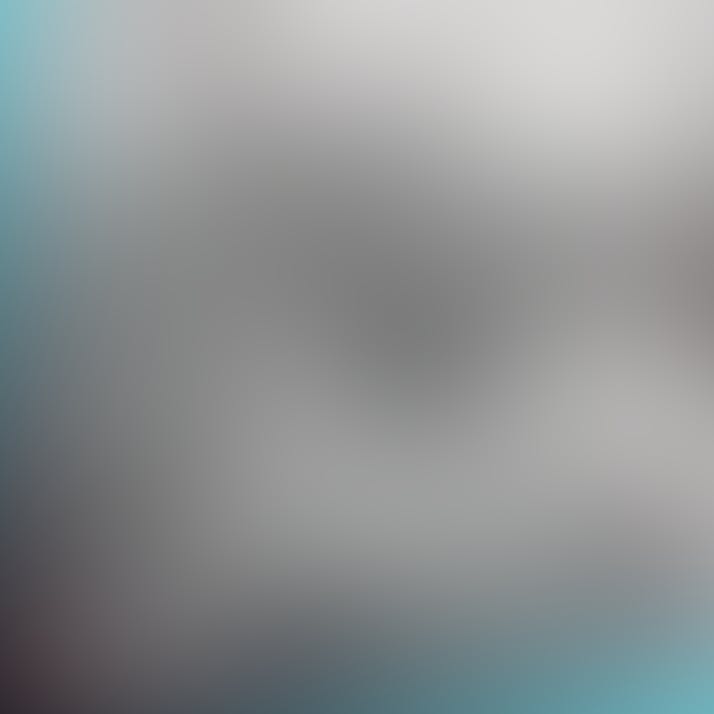 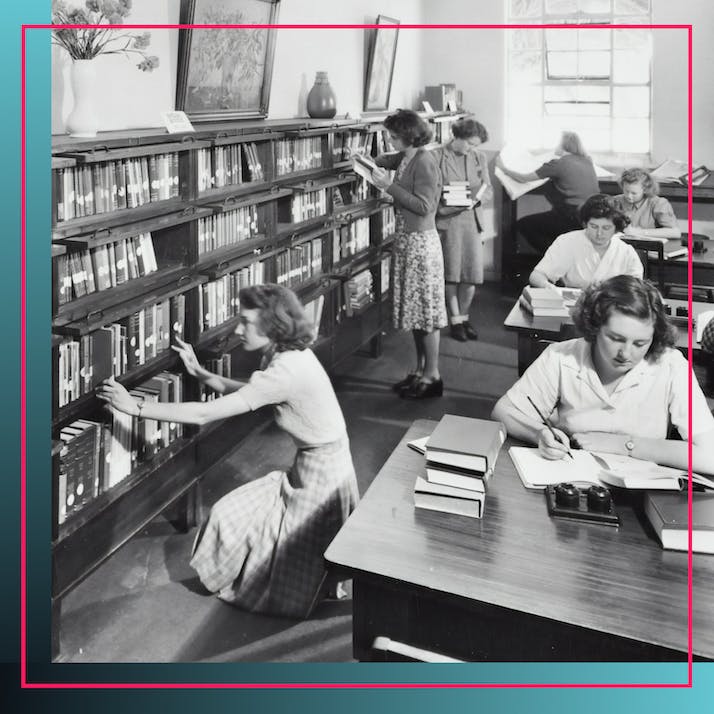 Growing up in a privileged suburb in Michigan in the 1960s, I found New York to be an amazing culture shock.

In 1964, I graduated from high school. Like many teenagers, I was faced with the puzzling question of what to do with the rest of my life. Although I was popular in school and had been president of my senior class, I was actually a remarkably poor student and hated anything related to the classroom. An academic career was most definitely not in the cards for me.

I had four older brothers, but none of them had ever left home for their higher education. For my parents, sending them away to study was unthinkable. The boys remained in the Midwest where they were born and raised. But when I came along, the first girl in a large Catholic clan, my parents were faced with a dilemma. Besides being a poor student, I was also an immature flower, lacking in any self-discipline and filled with an untamable sexual curiosity. It was decided that I should be enrolled in an exclusive women-only college in Manhattan (back in the day known as a finishing school) run by the same nuns that had tried to educate me from the beginning.

I had never been away from home, not even to summer camp, so the prospect of this move to the East Coast presented a monumental leap forward. I was both thrilled and terrified. Looking back, I realize that there were numerous considerations for getting me into some sort of educational environment with adequate supervision. I can’t help but sympathize with my parents. What else could they do?

I had grown up in the privileged suburban community of Grosse Pointe, Michigan. My father was a hard-working M.D. in private practice. He was financially well off but by no means affluent. My classmates and friends, by contrast, were mostly from superrich families with fortunes that had passed down through generations. Growing up, our playgrounds were the sailing, golf and tennis clubs where our parents were members. Eventually, most of my childhood friends became debutantes and were introduced into polite society at balls or tea dances. As expected, they married well, created lovely designer homes and produced the two children that society expected of them. Leaving town at 17 saved me from this predictable fate. I will be forever grateful.

“”
Leaving town at 17 saved me from this predictable fate. I will be forever grateful.

My Mother and I Visited New York and Fell in Love

All my life I had been sheltered in a private school run by a traditional order of French nuns. The Society of the Sacred Heart was established in Paris to educate daughters of wealthy and privileged families. There was no thought of a career in my future. In the late ’60s in the Midwest, feminism was just a distant siren’s song calling from a faraway time in the future. Since I was not cut out for university studies, it made sense that the next step on my agenda was to do some serious husband-hunting and for that, my cultural boundaries needed to be expanded. What better place than New York City?

One of my childhood friends was an heiress to the Scripps publishing fortune. Anne and I had played together as schoolgirls, and she was now attending a distinguished finishing school in Manhattan. She had an elegant and sophisticated grandmother that I had always adored. Over the years, she had encouraged my friendship with Anne, entertaining us with wonderful events that were far beyond the scope of my more modest home life. To keep our girlhood friendship afloat, Grandma Ruth suggested that I join Anne in New York. She wrote a glowing letter of recommendation to Reverend Mother on my behalf and sure enough, I was invited to New York for an introductory interview.

My mother booked a flight to New York and reserved a room at the Plaza Hotel. I had never been out of Michigan, so this first visit to the exotic city on the Hudson River was thrilling in the extreme. One of my fondest memories is from our first evening away from home, just the two of us, in the palatial grandeur of the fine old Plaza. Toward evening, my mother reserved a table for two in the hotel bar. We sat ringside listening to a handsome Broadway heartthrob as he sang love songs from the stage. My mother ordered her usual dry martini and I, dressed up in my best dress and feeling quite mature, sipped an alcohol-free Shirley Temple through a straw. It was sheer heaven!

The School’s Reverend Mother Was a Fun-Loving Woman

The following morning we took a taxi up Fifth Avenue to East 91st Street for my first view of the elegant residence that was to become my home for the next couple of years. This magnificent neoclassical villa had been built in 1908 and, upon the death of the owner, had been gifted to the Sacred Heart Society.

Reverend Mother greeted us as we walked through the large double doors that led into the grand entrance hall. She was a round little woman dressed head to toe in the official black habit of a nun. Her head was encased in a fitted white bonnet with a sheer black veil. A small, gleaming, silver crucifix hung on a cord from her neck. Of course, I never saw her dressed any other way. Nuns always looked the same. Only their radiance was allowed to be individual. To my surprise and delight, she turned out to be a jolly, fun-loving woman. Full of energy and enthusiasm, she welcomed us warmly and took us on a tour of the magnificent house.

I will never forget my first view of the elegant marble staircase that rose up through the center of the house. I had never seen this kind of grand architecture. The walls were clothed throughout in beautiful complementary shades of green and pink Italian marble. Built in a grand Rococo style, the building expressed the kind of lush excess that seemed perhaps fitting for a budding princess on her way up in the world. The red-carpeted steps of the staircase led from the ground floor all the way to the huge ballroom at the top of the house. I gazed up at the massive skylight at the top surrounded by moldings of flower wreaths and golden cherubs. I was lost in a world of wonder.

Regardless of my poor high school grades, I was accepted into the school. Like so many things in life, it’s all about who you know. In early September, I packed a large trunk full of dresses, shoes and matching handbags and flew into a new life in New York City. I would never return to the country club life of suburbia.

My Time in New York Still Feels Like a Dream

So what did one do in a finishing school in the ’60s? Well, for one thing, we were expected to learn how to play bridge. I skipped the first lesson and to this day I have never really understood how the game is played. I watched all year long, as most of the girls played obsessively at all hours of the day and night. Eventually, a house rule was established forbidding bridge before 7 a.m. Perhaps this is where I first established a lifelong distaste for table games.

Another more distinctive memory is of the many sweet boys who showed up for the weekend dances in the grand ballroom at the top of the stairs. Reverend Mother extended her invitation only to boys from Ivy League schools, like Princeton and Yale. The carefully screened young men would travel by chartered bus for a few hours of non-alcoholic small talk, music and innocent flirting. These mixers happened several times a month and had a high priority on our social calendar. We were expected to show up and chat politely with an ever-evolving selection of distinguished young gentlemen. Socializing and ballroom dancing were essential skills that young women were expected to master.

Other important activities on the menu were cultural events: classical theater, Broadway plays, concerts and ballet. We were fortunate to take part in all the great things that New York had to offer in those days, but I think most of us took it for granted and didn’t realize what a gift this was. We also had weekly French lessons and a visit now and then from Miss Freemantle, a professor from NYU, who tried to instill an interest in us in Thomas Mann and Marcel Proust. Not much luck with that part of the program.

After graduation I stayed on in the city, working for several years at one poorly paid job after another. Through sheer youthful persistence, I survived the slings and arrows of daily life in the city and with time, evolved into a stylish, sophisticated New Yorker. Eventually, I landed a cool job with a Madison Avenue ad agency. My boss was a handsome Swiss man and together we moved to Europe, made a life and I never returned.

I lost touch with my friend Anne. She died in 1994, and I read the details of her murder in The New York Times. In a jealous rage, her husband smashed in her skull with a claw hammer before committing suicide by leaping from the Tappan Zee Bridge near their home in Brownsville. She was 47 years old. I was glad that Grandma Ruth, the much-loved dowager queen of my youth, had died peacefully several years before and was spared the sordid details plastered all over the newspapers.

And yet, my journey from Grosse Pointe to finishing school in Manhattan lives on in my memory as a nostalgic dream that has never lost its luster.