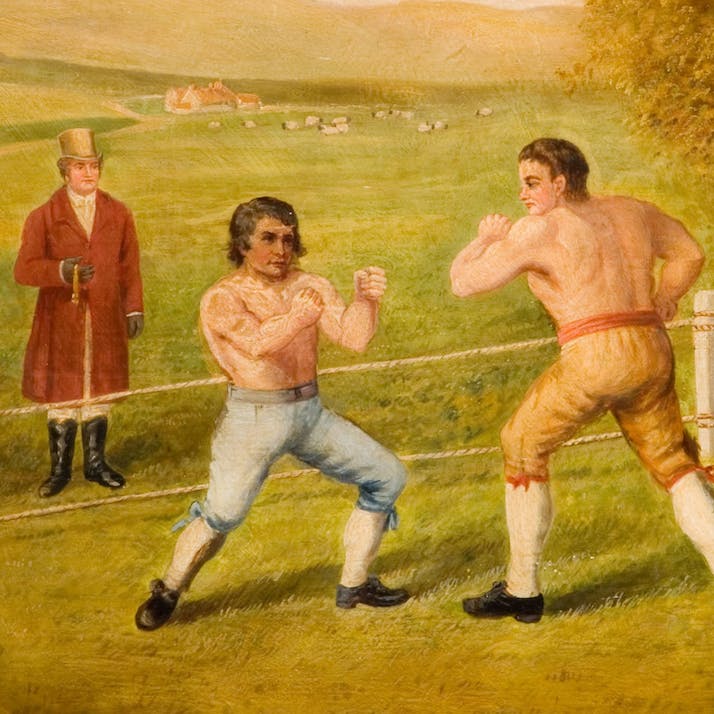 Neighbor Against Neighbor: My Foray Into the Fraught World of Posting on Social Media

After I posted an unintentionally incendiary opinion, my online community grabbed its pitchforks and showed its true colors.

Civil war? No—or, at least, not yet. Just my social media feed.

It’s rife with arguments. I suppose this has been true in other years, but today it's so much worse. The coronavirus pandemic and the cries of racial injustice have sparked an unquenchable fire online and offline in my world. What used to be mindless scrolling through Facebook to pass the time is now hardly even possible for me because every other post is emotionally or politically charged, or both.

Peaceful posts, or even those good old annoying posts (“Here are one million pictures of my child’s lost tooth!”), have vanished from my newsfeed. Instead, I see rather innocent posts that are quickly preyed upon by people looking to pick a fight or push their agenda with no thought in their heads that they might not be the only person who is “right” or with an opinion that counts.

I myself ventured into this chaotic, toxic fray during the riots following George Floyd’s death.

That was an experience.

After one too many nights watching cities and businesses literally burn, I decided it wasn’t worth staying silent any longer. I debated and I typed, and I deleted and I re-typed. I repeated that cycle over and over so many times that I lost count. What I finally decided on was simple and to the point—or so I thought.

“There’s a lot I don’t know. But the mass violence and crimes happening? Not acceptable.”

Now, granted, after posting that, I should have seen how vague it was and how easily it could be misconstrued to mean that I didn’t care about the death of George Floyd. As they say, hindsight is 20/20. People immediately descended upon my post to assume lots of things about me and my beliefs. Most of the comments were surprisingly tame and, I believe, came from people who really wanted me to understand why they thought I was wrong.

The problem was the commenters telling me I was wrong, who seemingly weren’t able to grasp the fact that more than one person could technically be “right.” Or that their opinion wasn’t the only one that could or should be heard. I’m not one for confrontation; I avoid it as often as I can and at pretty steep costs. At the first sign of a comment that didn’t agree with me and started to hint at an argument, my fingers itched to delete the entire thing. But I didn’t.

“”
After a couple of days ticked by, the shaming got to me.

I Apologized for My Inflammatory Post, but Nobody Cared

As the comments came in about white privilege (yes, I’m classifying the idea of “white privilege” as an opinion), my heart beat wildly and I shook. I became hot, then cold, then hot again, and I replied to the comments as they came in. I labored over responding quickly while keeping my emotions in check and recognizing that the person posting was as equally entitled to their own opinion.

After a couple of days ticked by, the shaming got to me. Again, I wanted to delete the entire post and pretend it never happened. Only, it did happen. And countless people had already viewed it. I realized that my post, made in anger and in frustration for being silent for so long, didn’t contribute anything helpful or productive to the world or the conversations about the rioting in Minneapolis. I can see now that it was—or could have been perceived as—rather inflammatory. It was me, hiding behind my phone, shouting out my anger at people who also (I hope) had no part in the rioting and the crimes.

In the days after, I was shaken to the core about that post. I apologized in the comments that it wasn’t helpful and that I was choosing to leave it up because deleting it would solve nothing. Yes, I felt brave and perhaps just a bit noble. But I do believe that admitting to doing something wrong—or to something that unintentionally hurt people—shows some character.

Of course, I didn’t apologize for having my opinion. I still hold that opinion and vehemently so. The way I voiced it may have been a poor choice, but my opinion is still completely and totally valid. More than ever, I hold tight to that opinion as I witness increasing violence and destruction and society practically coming apart at the seams.

“”
I’ve decided I don’t have a thick enough skin to keep voicing my opinion.

There Is Too Much Hypocrisy on Social Media

Some of my friends on social media haven’t been as fortunate with their own posts. Oftentimes, a fairly innocent post—unrelated to George Floyd’s murder, police brutality or racism in general—can trigger a whole slew of fiery, holier-than-thou opinions chock-full of insults and self-righteous indignation. The hypocrisy is the worst part of this. The same people calling others self-righteous and condescending are also posting numerous comments full of that same self-righteousness and condescension they so quickly call out in myself and others.

I also started to pay attention to the people who don’t ever actually comment on social media but just like or react to others’ comments. Their reactions have spoken volumes, finding a way to support or reject someone else’s opinion without stating their own. I’ve decided I don’t have a thick enough skin to keep voicing my opinion.

Still, I sometimes scroll through Facebook and I read biting, hurtful comments from people I once considered good friends with good hearts. Their comments proclaim we should include everyone and be understanding of others’ differences, yet they clearly don’t apply this logic to anyone who dares to think differently than they do. I often have to remind myself that I should not unfriend someone just because their viewpoints differ greatly from mine. It’s not healthy for me—for anyone—to live in a vacuum where only like-minded people and ideas exist.

But what do I do with the people who cannot tolerate my opinions and beliefs? The ones that proclaim the loudest that I need to tolerate and embrace differences but can’t or won’t do the embracing and the tolerating that they claim needs to be done?