I Am Named After My Least Favorite Person: My Father 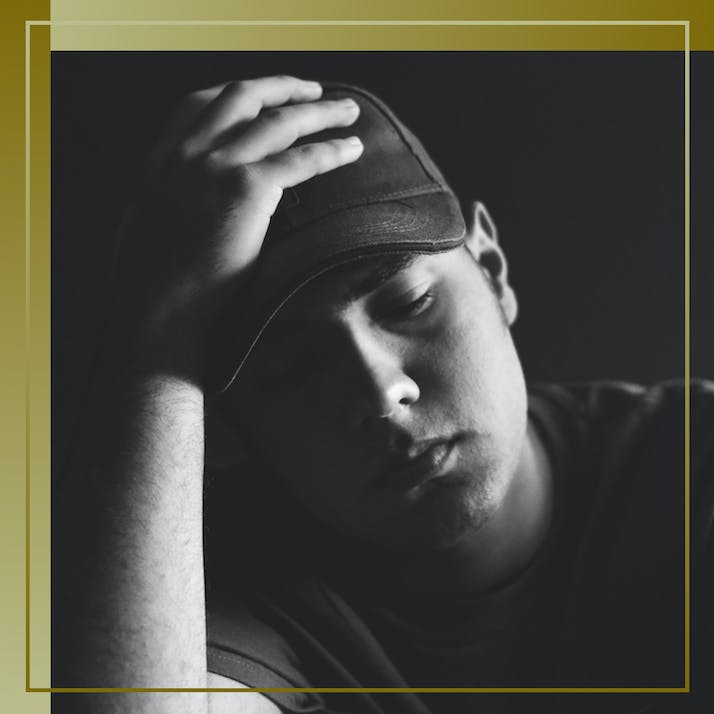 I Am Named After My Least Favorite Person: My Father

The only thing you've taught me is who I don't want to be.

Near my childhood home was a small park, adjacent to sparsely used train tracks. I loved that park, and my dad knew it. So on his days off, he would break out my bike with my training wheels, and I’d ride it up the street to the park with him not far behind.

One day, he decided I didn’t need training wheels anymore, my first foray into riding a bike unassisted. Surprising absolutely no one, I fell off. I ended up with a massive scrape up my left leg, and I started crying in fear and pain. How did my dad react?

“Get the fuck up and stop crying. Be a man, or I’ll give you something to cry about.”

When I didn’t stop crying, he beat me. I was 5 years old. I barely touched a bike for the next six years.

You Were Never the Man You Thought You Were

My dad has always been an—how do I put this?—interesting person. He never had baseline respect for women, overwhelmingly highlighted by the way he taught me about sex. He sat me down, laid a Playboy magazine in front of me and said, “Here, figure it out.”

When my mom was pregnant, they had an agreement that she would name a girl and he would name a boy. As it turned out, I came out with a penis and, as a result, he came up with the bright idea of naming me after himself.

Around a week postpartum, my mom was resting with me in bed, and my aunt was resting on the couch after helping my mom out a bit. My dad, wearing only a robe, walked up to my aunt, opened his robe, presented his penis and asked, “So what are you going to do about this?”

As I got older, my relationship with him became more and more strained. My parents were divorced, and I took every opportunity I could to avoid him. He started an abusive relationship with alcohol, and I was becoming a man in my own right. It was just that his and my definitions of “man” were recognizably different.

To my dad, women were objects centered around his satisfaction. Because he was a man, he was inherently stronger and better than non-men around him. He was a fervent homophobe and often poked fun at my uncle and his wife for only giving birth to girls.

He believed that the most important part of a woman was her sexuality and the expression of that, especially when it was directed toward him. This came to a head during one of the worst weekends of my life.

“”
My dad has always been an—how do I put this?—interesting person.

I was about 15 years old and homeless, jumping between friends' couches. My stepdad was going to be in town and was supposed to help me open a bank account that wasn’t connected to my dad since, up to that point, my dad constantly monitored my money when he wasn’t taking it.

I was expecting my stepdad to call me about picking me up, so I answered his call with enthusiasm until he said, “You should sit down.”

“Your mom just had an aneurysm. I’m coming to get you.”

The drive to see my mom in the hospital was about two hours long and was populated by a chilling silence. My stepdad and I were always chatty and joking, but this time, we were just quiet. The hospital was much worse. My mom was situated in the ICU, and when I finally got to her, I could see how much pain she was in. Her screams still ring in my ears around a decade later, but somehow, this wasn’t the worst thing that happened that night.

On the ride up to the hospital, I called my paternal grandmother so someone near where I was living knew where I would be. Through my grandma, my dad—already plastered—found out about my mom.

My dad called me. “Spend whatever time you can with her. She’s going to wake up retarded or, most likely, she’s going to die,” he slurred. Unbeknownst to me, he was making his way to the hospital, drunk for the two-hour drive.

Though I never saw him that night, what I’ve since learned horrifies me.

After molesting my mom in the hospital, grabbing her as she was hooked up to the machines in her room, I guess he was so drunk that my mom recommended he didn’t drive home. He still had a connection with my maternal grandmother, so he stayed with her and my cousins for the night.

I have a cousin, who at this point was maybe 14 years old. She was awake when my dad came into the house while everyone else was either asleep or avoiding him.

I don’t think I really need to explain what happened next: A girl who he held as a baby was at his mercy.

“You can use your pussy to rule the world,” he said as he caressed her leg.

I tried to forgive him after that. I internalized that I needed a dad, my dad, in my life. Some bullshit about accepting family and their flaws. He even got clean and, to my knowledge, has been for years. But I reached a breaking point.

“”
It wasn’t the first time he threw me out, but it would be the last.

I’m Making a Name for Myself

The final straw was last July. I was on the edge. My long-term partner ended things with me, and I was in shambles. I was wholeheartedly considering ending my life.

I was staying with my dad during that time, giving him another chance since he had stopped drinking and, in my experience, his alcohol addiction was the cause of many of our problems. I wanted him to be sober, and he was doing that.

But when my depression became too much to manage and he didn’t want to deal with it anymore, he kicked me out. I was lonely and depressed and confused, and he no longer cared to help.

That woke me up, and since then, I’ve cemented my position. It wasn’t the first time he threw me out, but it would be the last.

His legacy was no longer going to be my burden. During my life, he’s had multiple felony DUIs—including almost killing my uncle by running a car into him—and whenever I needed a background check, his information would be the first to pop up. It took a lot of time and embarrassment to overcome those issues, especially after being denied jobs because of a background that wasn’t even mine.

I went through years of therapy. I worked until I started seeing a life where I didn’t need his acceptance to make me whole.

My dad, my namesake, will no longer be a part of my life.