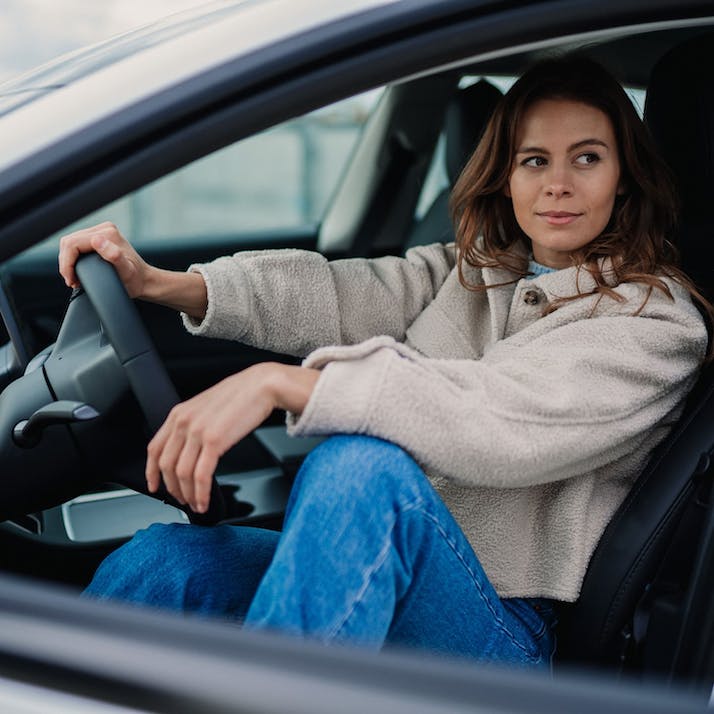 Mom at the Wheel: My Time as a Drug Runner in America

A single, 50-year-old mother of three reflects on her time driving homegrown Colorado weed across the country.

Just after my 50th birthday, with three kids finally out of the house, I found myself single and without a career, broke and struggling. Then a friend offered me a job to be a driver. Twice a month, I would join another driver to transport a few duffle bags of homegrown Colorado weed across Middle America to Missouri. I’d get paid $2,000 in cash in St. Louis upon delivery, and my friend (we’ll call him Bob) backed the deal with an assurance that if I hit any legal trouble, he would cover all the fees.

The job was never something I thought I would do, but I desperately needed the money. Somehow, I just knew I would be alright and things would work out if I said yes. A gut instinct. It was a family business anyway. Bob and his wife, Amy, and her son Eddy ran the trade together. So I accepted his offer and took my first drive in October of 2014.

“”
The job was never something I thought I would do, but I desperately needed the money.

I parked my car in the grocery store lot on time at 7 a.m. and waited to see Bob drive up. I would drive whichever car followed Bob’s, alongside a man I’d never met. Bob had said I would make more than the other driver because Bob needed me to play the part of a seasoned Midwest mother with a black lab to round out our cover. We were to be a retired couple hitting the casinos for a weekend vacation.

“Hey, partner,” I said, opening the back door to let “our” dog, Lenny, take the back seat before I took the front.

The man smiled and said his name was George. He was clean-shaven, dressed in a collared shirt and long pants. I had on a loose-knit sweater and my best mom jeans with a shawl slung over my shoulders to fit the image of a mature woman who might play bridge or lap the mall.

We headed east on the interstate with our car in the lead. Bob and Eddy were in the decoy car with Colorado plates following behind. George and I corroborated our story, but we didn’t talk about what was in the car, how much or what it cost. It was easier if I didn’t touch anything and knew as little as possible. If I had given any thought to the amount or the risk, I would have panicked, so I kept myself busy smoking cigarettes and going over the safety measures. Everything was triple vacuum-sealed and then placed in charcoal bags to throw off any scent in case of a canine unit.

George had been driving for Bob for two years and took the first shift heading east across the Colorado plains. He began to chat and told me he was raised in New Hampshire, lived as a boat bum in Florida and was now semi-retired in Denver, skiing weekdays and painting cars out of his garage. I liked his East Coast drawl, which leant to the collection of stories about everything lobster. He was nice, and I listened politely to an hour of old-timey stories until we found his playlists of ’90s grunge rock. Rage Against the Machine played and gave the two of us something to focus on until my time to drive.

As George drove, my role was to be on the lookout for speed traps. Bob had advised looking out for state troopers parked above underpasses or hiding behind billboards to clock speed. I also played up appearances. If we spotted a state trooper in the distance, which George often inconspicuously pointed out, I would do “womanly” or “touristy” things to look normal, like file my nails or point at the horizon and feign amusement for God knows what since Nebraska was as flat as a pancake. We drove past state troopers not a mile over or under the speed limit, heading on to our night stay after a 12-hour drive.

I Battled My Nerves as We Approached the Drop-Off Location

I took the morning shift and headed to our first drop-off point in Iowa City. George eyed our scheduled rest stop to ensure that we were clear of the police, and we were instructed to keep moving down the highway if there was any doubt. After the all-clear, Bob backed into the empty spot next to us and George got out to help Bob unload the small bag from our trunk to his—ten pounds of bud worth $12,000, I found out later. Bob drove off to take an upcoming exit, and we headed past him to the following rest stop. The wait was unnerving, but after 20 minutes, we received the mile marker in a text message and began the last four-hour stretch down the gauntlet toward St. Louis.

We made it to the city in the early morning. The highways were surprisingly crowded as I gripped the door handle of the passenger seat and tried to focus on Bob in the decoy car who had taken the lead. There were so many cars and after hours of Middle America dead land, the traffic moved around us at a careless pace. Cars crossed lanes without warning, semis flew past in the far lane and we were flowing in traffic, adjacent or ahead of at least one cop car. I knew it was irrational to be pulled over in traffic, but my heart still fluttered. The people were restless after the tragedies of Ferguson, and the city screamed with police presence.

Bob took an exit toward downtown and led us to a popular casino’s parking garage. He was a high-roller with some professional experience in cards and no one looked twice at his bi-weekly visits. We circled up to the top floor of the parking garage and pulled into vacant spots among the fully packed garage. The men got out and headed to unload the bags as I let Lenny out to play as a distraction. The trunks clicked close, and Bob came around to give me a hug. He left me with a box of Hot Tamales and a box of Junior Mints instructed for George. I put the boxes in my purse. Bob and Eddy would head to the final drop-off, but our part was done. I could finally exhale. Had I done it? Was it that easy? I wondered. I opened the box of candy to see a wad of $100 bills and a bag of seven pre-rolled joints. I lit one and the two of us chain-smoked as George made the tight corners down nine floors of the parking garage.

On the road, George called his son to tell him that everything had gone smoothly—that he was safe. We hadn’t talked about family in the 16-hour journey, but now I knew we both had adult kids. I found myself wishing I had someone to call and tell I was safe, but there was no way I was going to call my kids. I didn’t want to involve them. Though the money was needed, it didn’t make me proud.

My Decision to Run Drugs Was Strictly Financial

The amount in the 120 pounds of duffle bags was worth over $200,000. If caught, I would have been booked with a felony with a minimum of 10 years and up to life in prison. I didn’t acknowledge it. I kept my mind on the music and the story, and I didn’t allow myself to think anything differently. It worked, and I drove again. Then again. Then again, tri-weekly, for four more years. Each drive became a little less tense and more routine. George and I were never pulled over, never had an accident and never raised suspicion from onlookers in crowded places. We never talked about the if.

The more I drove, the less I dwelled on a moral compass—what I saw was medicine. It was really after I met the dealer in Iowa City that I realized I could finally tell my kids, who worried but supported my ways of making money. I had expected some over-tatted ruffian or a guy in a suit like in the movies to be at the other end of the Iowa drop. Instead, there was a farmer with his wife and baby, whom he had brought to a fast-food parking lot we’d begun meeting at instead of the rest stop. I cooed at the baby while the weed exchanged trunks and thought about my kids. This was his way of making a buck, as it was mine.

He told me later how he was trying the best he could to make a life for his family. Trying, like all of us, to do what he could with what was offered in order to survive.