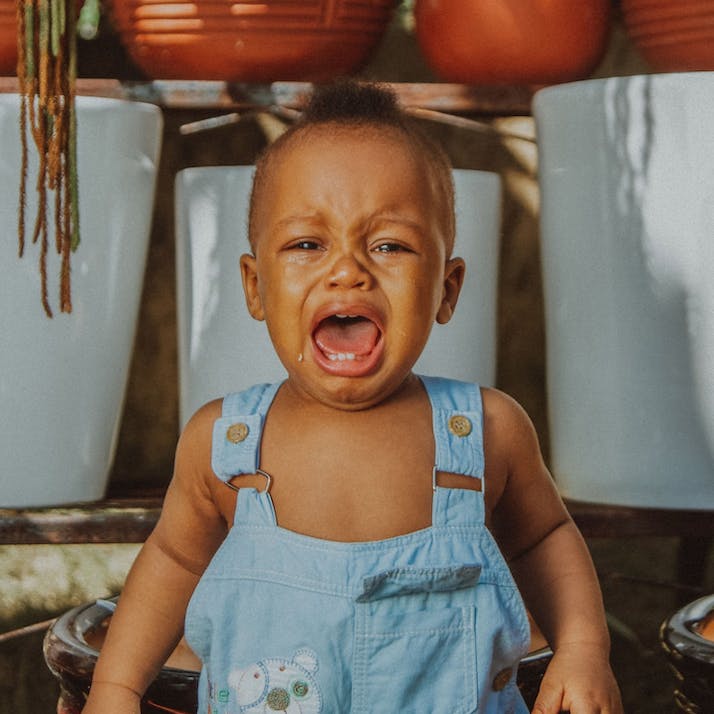 My Sister Had a Baby: It's Not Easy Being Happy for Her—Because I'm Queer

I dream of having children one day, but the reality of becoming a parent seems to be so much easier for those around me.

I never thought I’d have kids. Or rather, I thought that I hated them, and so the idea of being responsible for one just never occurred to me. Besides, I was too busy going out and grinding up against a new man every night, drinking way too much and taking enough drugs to almost bring on a heart attack, at least in my 20s. (OK, into my early 30s too.)

Kids, for me, were a reminder of the bullying I experienced as a young queer person. (Even as an adult, when I encounter a group of teens, I still expect abuse.) Kids were for cis, heterosexual people. Let them have the “normal” aspirations. Let them have the dirty diapers and broken sleep.

“”
The reality of us becoming dads is just such an overwhelming prospect.

Watching My Sister’s Kids Changed My Opinion on Having Children

Then, something changed. Was it from getting older? Getting married? Moving out of the big city I’d lived in since I was 20? Because of COVID and the subsequent lockdown in 2020, my husband and I didn’t see the point in continuing to pay extortionate rent for an urban existence we couldn’t enjoy and instead moved to a seaside town to live with an elderly member of his family. There’s nothing like a pandemic to force you to see life differently and to give you a vastly different perspective on things. Here we were, out of the rat race and done with working jobs we disliked but had been unsure before how to leave. There was more to life, you know?

Truthfully, I think what really changed was actually looking after a pair of kids—my sister-in-law’s, to be exact. While she went off to work, my husband and I looked after her 6-year-old son and 4-year-old daughter, scaring them with tales of T. Rexes, teaching them math and—my personal favorite—building forts out of Frozen merchandise. I thought I’d be so awkward with them, not knowing what to say or what to do, but I felt like a natural. Even watching them by myself one afternoon and taking them for cake—which they subsequently threw around and generally behaved like little arseholes—didn’t put me off. In fact, I quite liked it. It was nice to feel like an actual responsible adult for once.

Because in my experience as a queer person, feeling responsible isn’t something that has historically come naturally to me. I know many people my age who aren’t LGBTQ+ could, and would, say the same thing, and they’re totally entitled to that. But I feel like the media, culture and our surroundings tell people like me that we should just be content having fun with our poodles and fabulous wardrobes instead of doing grown-up things. Even if we’ve wanted to feel responsible by settling down and starting families, such journeys in life and aspirations haven’t felt accessible—they’re still a cis, heterosexual “thing.”

As someone who is very conscious of his queerness, I’ve gotten used to feeling othered and that I don’t quite belong. I’m also naturally a very observant person, often preferring to just watch and listen during a conversation with friends rather than vocally getting stuck in. So I can see quite keenly what kind of world I am in from the margins and what kind of life path many cis, heterosexual people are expected to follow. I’ve gotten used to seeing what feels like everyone having kids. Cis, heterosexual people don't think anything of it—why would they? For many (though not all), it's just another rite of passage that's taken for granted because it's so easy.

“”
We just wish our family would understand how we struggle with knowing that we might never be more than “the fun uncles” to a child.

Having Children Is Expensive and Difficult for a Queer Couple

It's not easy for my husband and I to have children. The two options we’re considering are adoption and surrogacy, but the latter can cost up to $150,000 once you factor in embryo creation, fertility clinic fees and surrogate expenses, among other things. Plus, it’s more difficult in the U.K. than the U.S., where being a surrogate is essentially a business, and if you’ve got the funds, you can get one as easily as your weekly groceries. (OK, maybe not quite.) I say “considering,” but the reality of us becoming dads is just such an overwhelming prospect, especially when we can barely afford our weekly coffee budget. We’d like to become dads before we’re 40, but right now, that just feels impossible.

Now my little sister has a month-old baby. She’s a weird little thing, more alien than human at this point, but just looking at her is a wondrous experience. On one hand, I’m reminded of the miracle of creating life, but again, how much easier that can be for some people. My sister and her partner didn’t necessarily plan to start a family; they just stopped using birth control—“If it happens, it happens.” What I would give to have the privilege of such flippancy.

I love being an uncle, and it is far more than what some LGBTQ+ people who want their own kids have. I can’t forget how lucky I am in that respect. But is it enough to slyly teach my sister-in-law’s kids to be subversive, to think their dad is a dickhead when he flaunts his narrow-minded views at them? To look forward to reading my sister’s daughter all of the books I used to love as a youngster? It's so hard being close to them but feeling like I have so little control. We just wish our family would understand more about what it's like being LGBTQ+ and how we struggle with knowing that we might never be more than “the fun uncles” to a child.

From what I can see, it’s becoming easier for LGBTQ+ people who want to become parents. The envious feelings I have as I watch our nieces and nephew grow up may one day start to ebb. But unfortunately, I don’t think there’s going to be a drastic change in our ability to have kids quickly enough. I think—or rather, I hope—that won’t be the case for future generations of LGBTQ+ people. Of that, I’m certainly less jealous.