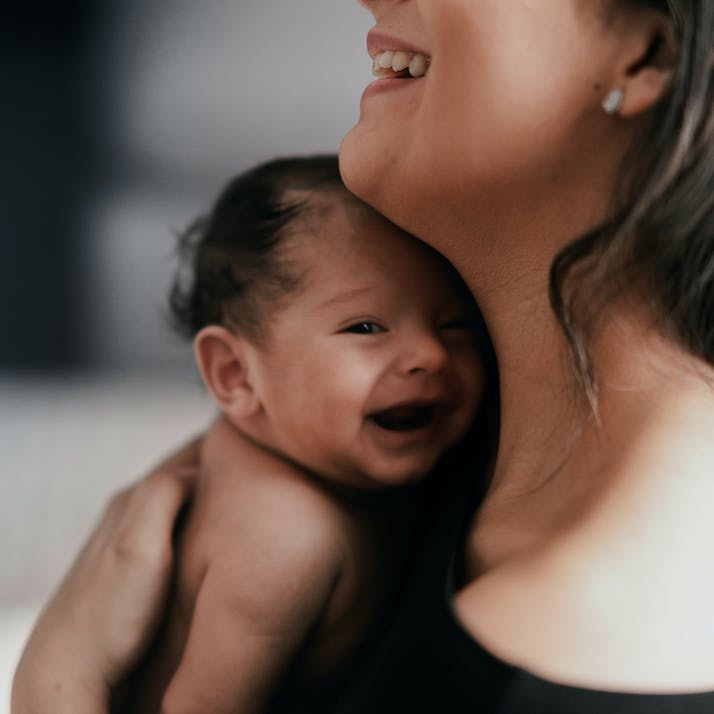 My Risky Road to Becoming a Mother

A woman outlines the trials and tribulations of having a child in her 40s.

I got married when I was forty-two and became pregnant three months later. My miscarriage happened early in my pregnancy. I told myself it was my fault. I never knew how much I wanted a child until then. I got pregnant a second time. I had a routine appointment with my obstetrician. The technician was giving me an ultrasound when she suddenly stopped and walked out without any explanation. I realized there was no heartbeat. The doctor entered and confirmed what I knew. I tearfully told my husband. We held each other and cried. It was clear our only chance for a successful pregnancy was to use an egg donor.

We stared at the papers spread out on the kitchen table. It was a neat pile of donor application forms with information that would determine the direction our lives would go. I was overwhelmed. Reading the top page I saw the following information: height, weight, hair color, eye color, education level, work, hobbies, family medical and psychiatric history, and reason for donation.

Choosing an Egg Donor Is Difficult, to Put It Lightly

How do you make a life-changing decision about which donor to select with such little information? Was I a bad person if I wanted someone with a college degree as opposed to a high school one? We struggled with questions that hit at the fundamental core of our beliefs and values. It didn’t feel right to be making judgments about people who voluntarily helped people build families.

We made our decision. I chose an anonymous donor. My body had failed me. I didn’t trust it. It was a time of deep insecurity and vulnerability for me. After going through failed pregnancies, my mind was fragile. I didn’t want to be making comparisons between our donor and myself.

We chose a woman with my eye and hair color. She was about my size. The perfect match.

The call finally came. It was not what we expected. “I am so sorry,” she told me. I could hear it in her voice. Our nurse really did feel bad for us. The donor we selected had gotten pregnant. We would have to begin again.

It took nine months for us to get another donor. We found a woman that had similar features to me. She had written, “I just want to give someone the chance to have a child.” She was healthy, had a good heart, and a generous spirit. That was all I needed to know.

“”
The donor we selected had gotten pregnant. We would have to begin again.

It's Nearly Impossible to Escape Thoughts of Failure

I wavered between being hopeful and preparing for the possibility of yet another failure. I asked myself how much more could I tolerate. How badly did I want to be a parent? What was I willing to risk to get there? Anything and everything. No goddamn guarantees. People in the infertility world call it “a journey.” That felt false, like it romanticized what was happening. I needed to know I had done everything possible before I stopped.

We had a wonderful fertility doctor at a clinic that was rated one of the best in our area. He showed compassion in answering all of our questions. He had our complete trust. I began my regular injections and taking medications to prepare my body for in vitro fertilization (IVF). Our donor had produced nine eggs. They were combined with my husband’s sperm to create embryos. We anxiously waited to see how they developed.

We were days away from having the embryos implanted when the clinic called. We would not be allowed to work with our doctor. He was no longer permitted to see patients. We were forbidden to have any contact with him.

I knew that they were hiding something. I learned that there had been an uprising at the clinic causing a split between the doctors. The director of the clinic was more concerned about money. Infertility was a business for him. Our doctor and some of his colleagues strongly disagreed and felt quality patient care was most important.

The clinic chaos couldn’t have happened at a worse time. The retrieval where the embryos were implanted had to be done in a timely way. We couldn’t take our embryos and go somewhere else to begin again. It felt terrible not being able to speak with our doctor. We could only imagine the anger and frustration he felt was much like ours. Having no choice but to proceed, we arranged for the embryos to be implanted by the newly assigned doctor. I hoped the healthcare system would not fail us again.

The embryologist came in and coldly said there were three usable embryos. He gave us five minutes to decide what to do and walked out. When he returned, I asked for specifics on the conditions of our embryos. He explained, “One was marginal, one was okay and one looked really good.” We implanted the last two placing our hopes on the one that “looked really good.”

They gave me medicine to calm down. The doctor walked in with a mask on his face and slapped me on my back saying, “It’s a good day to get pregnant.” I called him the Lone Ranger because I never saw his face. I confirmed with my husband that he had implanted the embryos because he said nothing. I couldn’t feel anything.

Infertility treatment costs a lot of money. We had good insurance, but I was concerned about the bills. I repeatedly asked the clinic for my billing information. They stalled for months. I was persistent. Eventually, they gave me dozens of pages of detailed bills. I had experience with medical records. It was apparent they had been double billing me and our insurance company. I confronted them and alerted my insurance company. I was afraid to take it further, uncertain how the stress would impact my treatment and condition.

Spoiler Alert: I Finally Got Pregnant

We finally got good news. I was pregnant and my baby looked healthy. Ask anyone who gets pregnant through infertility treatment: They will tell you they do not believe they will have a healthy baby until they hold it in their arms. I was no different.

I got a call at work from my obstetrician telling me to leave my desk and go home. I had preeclampsia. It was high blood pressure with other potential complications. I remained in bed for three months. A doctor covering for my obstetrician later accidentally pierced my amniotic sac, breaking my water. The nurse came in telling me the doctor was too embarrassed to admit it. I nervously drove myself to the hospital knowing my labor had begun.

I was laying on my back, my arms outstretched on a piece of wood with multiple tubes protruding from me. I was disoriented by a mixture of labor pains and medications. Tilting my head back, I saw a doctor on the phone paging another physician arguing that he must “get here stat because a patient is in trouble.” Through my hazy fog I realized that patient was me. I heard the voices of many doctors and nurses. An elevated, curtained device surrounded my hips so I could not see what was happening. I later learned my placenta had ruptured, putting me at great risk. My husband held my hand, looking terrified. The nurse asked him if he wanted to hold our baby or check on me. I saw the nurse carry our daughter for her exam. My husband assured me our baby was perfect and healthy. It was only much later in recovery that I held her. I was flooded with intense feelings of love, gratitude and relief.

“”
I never really believed we would get here.

My Daughter Wanted to Meet the Donor

From the time she was two, we read to my daughter from a disclosure book I made explaining to her how we became a family. We have a loving relationship. When she was thirteen she began to ask about our donor, expressing a desire to find out why she has the color eyes she does. She questioned certain aspects of her personality. I intuitively understood it was not because she was unhappy with me as her mother, but rather she needed to better understand herself. I felt compelled to find her donor. I wanted to fill in those missing pieces for her. We consulted a private investigator who told me not to waste my time or money. I tracked down our closed clinic to its location in another state. They refused to reveal anything.

I went to a donor-sibling registry designed for people like us searching for family. We received no replies. I realize our only remaining option was Ancestry.com. My daughter spat in the tube. I carefully explained that the odds of this working were very limited. She reluctantly nodded.

Nine weeks later, we get a hit from Ancestry. A woman who lived where we are had a close DNA relationship to my daughter and asked to meet. The three of us nervously met her at a restaurant. We sat with a neatly dressed woman older than I am. After some initial conversation, we realized she misunderstood the purpose of our meeting. She mistakenly believed I was the relative. I carefully explained we were there for my daughter. My daughter explained why she wanted to find her donor. The woman listened without any change of expression. Her face revealed nothing. I thanked her for her time. We left and quickly did the DNA math. My daughter spoke first and said what we are all thinking: The woman's daughter was our donor. We agreed there was no doubt about it. What happened next was up to this stranger.

Hours later, the woman called me to confirm her daughter was our donor. The clinic had lied to her daughter, telling her nothing had come from her egg donation. My heart felt like it had stopped beating. She told her daughter about our meeting. I asked about her reaction.

“Her heart is full of joy,” she responded. I wondered aloud: What was the next step? We had unexpectedly intruded into their lives. “She needs a couple of weeks to just absorb all of this,” she said. Our call ended with her saying they will be in touch.

I never really believed we would get here. All I know is my daughter was thrilled. I was concerned about breaching our donor’s anonymity. Yet, I was willing to risk that to give my daughter the answers she needed. There were a million ways this could’ve gone wrong.

We arranged a meeting with our donor in neutral territory. My anxiety and fear were only matched by my daughter’s excitement. It did not occur to her that anything could go wrong. Our donor walked in with a big smile and hugged my daughter and me. The similarity in the way she and my daughter look and dress was striking. Her mother warmly smiled. In a short time, the donor’s husband and two children joined us. It felt natural and loving. Right. I later learned her husband and mother knew she had been a donor.

Years have passed. All of these relationships and bonds have grown richer in their depth and strength. There has been nothing but mutual love and acceptance shared between us. I could not be happier. We miraculously have gotten to a place I never could have imagined when we began our complicated rollercoaster ride to parenthood.