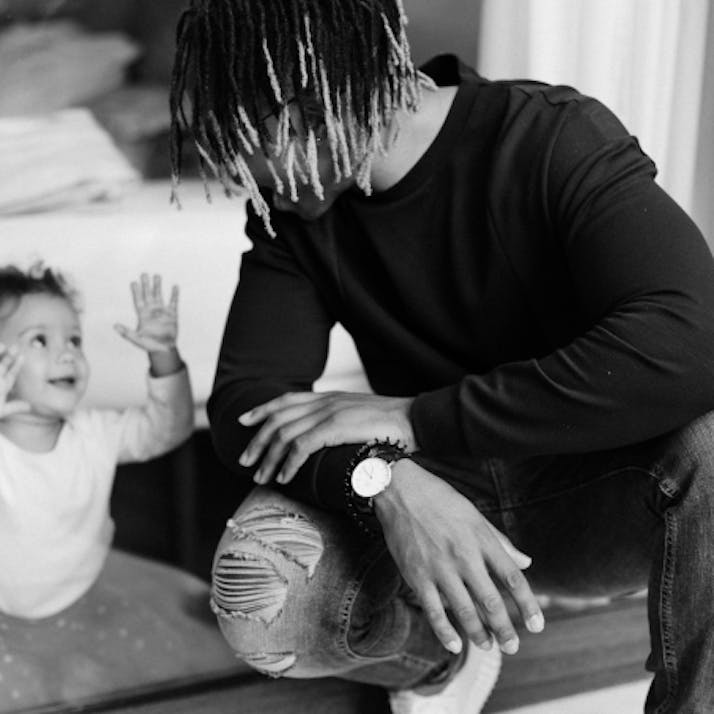 My Mother Works, My Father Stays at Home

A college student examines the societal stereotypes that have plagued her family.

Don’t believe anyone who tells you women and men are equal. Women are consistently subjected to the indirect sexism that the world throws at them. As a young woman, I have experienced more snide comments about my gender and its relation to my intellect, my athleticism, my passions and my beauty. Don’t believe me? Believe women are equal to men?

My Mom Is a Badass Doctor; My Dad Raised Us

She is a first-generation immigrant who works as a trauma surgeon. My father stays at home.

Growing up in a family that has a “mixed” or “opposite” structure exposed me to an underlying sexism others dismiss. Throughout elementary school, the administration would address PTA letters only to the mothers. Or when parents came to pick up their children after school, teachers would say, “Let me know when your mother picks you up.” Not once was it mentioned that a father could be the one doing the household tasks. And when my father would wait outside to pick up my sister and me from school, none of the other mothers wanted to talk to him—about organizing simple things like playdates, because it would look unfavorable to the fathers that these women (the other mothers) had talked to another man (my father).

My father would always say that we were so fortunate to have him around because none of the other fathers were around for their children, but he also would say things like, “I’m doing a woman’s job by raising you girls” or “Why do I have to do laundry when I am the man of the house?” Or after my mother, Jane, came home from work he would say, “Cook for the family: I am tired after a long day and never learned how to cook.” He said, back then, that he was just frustrated when he said those things. Or that he was joking half the time.

Fast-forward to high school when I worked as an assistant preschool teacher. The rooms were as you’d imagine: Boys and girls learning together, but not necessarily playing together. There were clear and distinct boys sections and girls sections that no one from the opposite gender dared pass beyond. Children learn through playing at the preschool age, and the difference between gendered play was shocking. The boys were secured with blue and red race cars and dinosaurs. They were indirectly learning about animals, speed and control.

When I tried to join, the young, preschool boys would say, to me, an 18-year-old at the time: “This is not for girls. These are for the boys!” Though they didn’t understand the severity of those words, if that same sentence was told to one of the preschool girls in the room, that girl may forever have been changed. Nonetheless, the girls' side had a quaint kitchenette, dolls and paints. They were learning to be calm, to be pretty, to love the house and learn to be a caring mother.

But, for me at that age—who grew up with a breadwinner mother and dad at home—the concept of a homemaker was absurd because my mother is a trauma surgeon. Why would she stay at home? Don’t all mothers work?

“”
it is genuinely confusing to me that someone would utilize their higher education for the goal of becoming a stay-at-home mother.

Stay-at-home fathers have higher blood pressure, higher cholesterol rates and increased health risks. At first, the health community thought this was a natural response to raising children. Then, it was later found out, that with two working parents, if the father was generating less money for the family, the same side effects could be seen. Men have evolved to be unsettled by bringing home less cash than women, and women have evolutionarily and culturally been told that if they are not at home with their children.

Now, in college, I see the concept of a Mrs. Degree titleholder: There are women who seriously pursue meeting a man in college and marrying him. Especially in the South, I, personally, have met multiple women who are simply going to school to possess an undergraduate education, work for a few years, and then become a stay-at-home mother. Girls are told that we can marry rich if we make ourselves prettier, eat like a lady, workout, be thin and impress—whenever possible.

In the workforce, the theme is doubled-down upon. The healthcare field—especially the surgery department—is male-dominated. In 2017, my mother took us all to San Diego for a national surgery conference. We went for vacation, while she attended for the conference itself. At this conference, other events were scheduled for “family fun.” and we enrolled in the exercise boot camp. I was certainly the youngest in the mix—the rest were different types of surgeons. A cardiovascular surgeon approached me while we were waiting in line. He asked how we liked the conference and what type of surgeon my father was. It did not occur to him that my mother could be the surgeon in the family.

Was it the way she looked? We were all in exercise apparel. Was it because she was a woman? He proceeded to say, “Oh. Wow. Sorry. Your mother is a badass then.” I wish I could say this happened just the one time, but that’s just one example out of many, many instances.

I believe it’s this societal concept—that women generally stay at home—that stagnates a woman’s ability to succeed in the workplace. The Equal Rights Amendment is still not constitutional. This toxic mentality will only push my generation of females to be as inert as the one before. If women my age and younger do not realize their full potential, we will not become equals.

It’s time to normalize women who work and are mothers. There should be fewer comments about a woman’s outfit or appearance at work—and a focus on her accomplishments. If we don’t break out of the current mindset for teenage women, it will only perpetuate a concept that a woman will eventually always remain in the kitchen—no matter the decade.