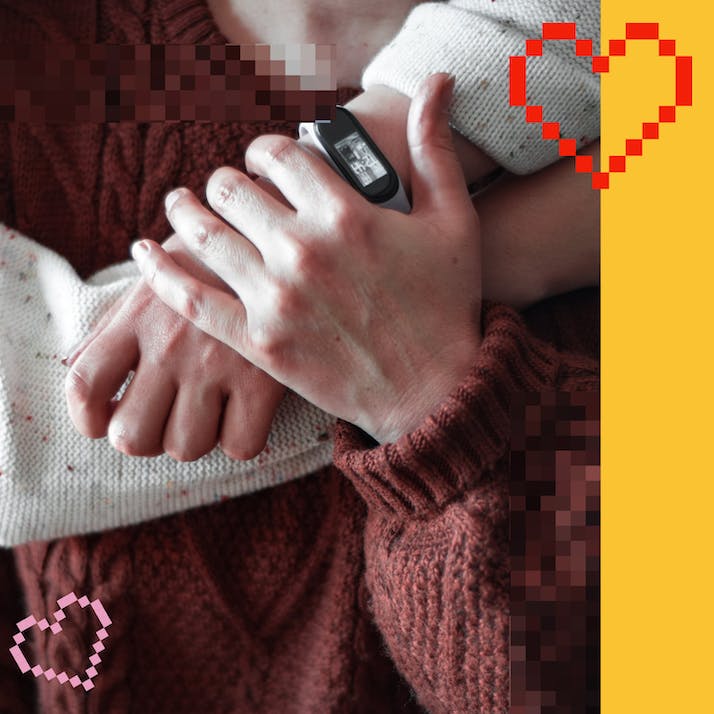 My Mother Loved Us Too Much

My mom invested everything into her children. I wonder if her devotion to us negatively affected all the other aspects of her life.

One of my earliest memories as a young child was sitting in front of an open fire in my pajamas after a bath, my hair wrapped in a warm towel to ensure the henna conditioning treatment would take. I was maybe 6 years old, and I remember feeling so completely cosseted as my mother went through this Friday night routine that gave her (and my older sister and me) such pleasure. It’s just one of the many warm memories I have of my mother but, as an adult, I began to reflect and ask myself: Did my mother love us too much? Is that even possible?

“”
Nothing came close to how much she loved her children.

My Mother's Love for Her Children Estranged My Father

I know everyone says it, but my mother was special. She honestly enjoyed helping people and went out of her way to do just that whenever she could. As a physician, her patients and colleagues alike adored her, but nothing came close to how much she loved her children.

From a very early age, we knew that we were her world. Her love was palpable. We were her everything and we basked in her affection while somehow avoiding being completely spoiled. Becoming a mother later in life (for that time) had finally fulfilled her, and her love for us was evident to all. Especially my father.

My parents had married later in life than was the norm in the ’70s. Mum was 38 when she walked down the aisle, and Dad was 35. Both physicians at a renowned hospital, their future looked bright as they said their vows and celebrated with family and friends over a five-star banquet. Within three years, they had bought a home and were parents to two daughters, and life looked sweet.

While my mother was outgoing and personable, my father was quite the opposite. He was something of a lone wolf and never really had friends, only colleagues. He was set in his ways, having been a bachelor until his mid-30s, and I often thought that he considered his wife and children to be minor inconveniences. Perhaps as a couple, they had rushed too quickly from being newlyweds to being parents. Or perhaps he felt pushed out, unable to compete with us for my mother’s attention and love.

When the hospital that they both worked at closed down, my dad made the decision to accept a position in Australia, the plan being that we would follow once he was settled. It never happened and, after a year, he returned home, but something had shifted.

A year as a single parent had made my mother focus even more on us, and it was as if my dad barely existed. During his absence, my mother had acquired a rotund Labrador named Tara that we adored, but my father was severely allergic; and having only one lung due to a childhood illness, breathing difficulties were not something he could afford. But we loved the dog, so the dog stayed. Shortly after his return from Australia, he accepted another position in a hospital a few hours away from home, buying a second house closer to the hospital to reside in midweek. He came home every second weekend, and we spent weekends visiting him, too, but his absence made him even more estranged from us, and when he did come home, the atmosphere felt alien. The groove that my mother had established with her two girls was well and truly formed, and my dad, it would seem, existed on the periphery.

“”
My dad, it would seem, existed on the periphery.

Of course, the inevitable eventually happened: We grew up. It seems that my mother hadn’t thought far enough ahead to factor that in and, by the time we were young adults, her desperation to keep us close was apparent. When my sister moved out, my mother got her a new dog to try and entice her back. It didn’t work. She was ready to strike out on her own, something most parents would be proud of. But my mother was lonely.

By this time, my parents were pretty much living separate lives, and when they finally made the decision to end their marriage officially, the situation hit my mother with full force. She had always instilled strong moral values in us, but she had spent so much time loving us unconditionally that she had neglected to encourage us to establish life goals and prepare us for the day that we would become adults. This resulted in us being unprepared for making decisions about college courses or careers. We both ended up marrying young and having families at a young age without ever fully realizing our potential.

She also failed to see the damage it did to her marriage, and while my father certainly had some blame in the decline of their relationship, I always felt sorry for how much of an outsider he must have felt within his own family. After their separation was finalized, we rarely saw or heard from Dad. He had put us firmly in the “Team Mom” category without ever once even trying to speak to us about the situation.

It was some years later, after both my parents had passed, that I began to question my mom’s unwavering commitment to her daughters at the expense of her marriage. After her death, I found some paperwork that led me to discover that before she had met my father, she had been engaged to another man who had broken her heart and called off their wedding just a few weeks before it was due to take place. Not long after this heartbreak, she had discovered she was pregnant and felt unable to keep the baby, given her circumstances. It was the 1960s, after all. The baby was put up for adoption, and she never told a single person at the time. She was devastated by the entire ordeal and, when we found out, her unwavering love for us suddenly made sense: She had obviously been grieving the loss of her firstborn for so many years. It was heartbreaking to me that she never felt she could confide in our dad, her husband. I’m sure he would have understood and supported her, but obviously, that was a gamble she was not willing to take.