When My Marriage Fell Apart, Sex Workers Helped Me Pick Up the Pieces 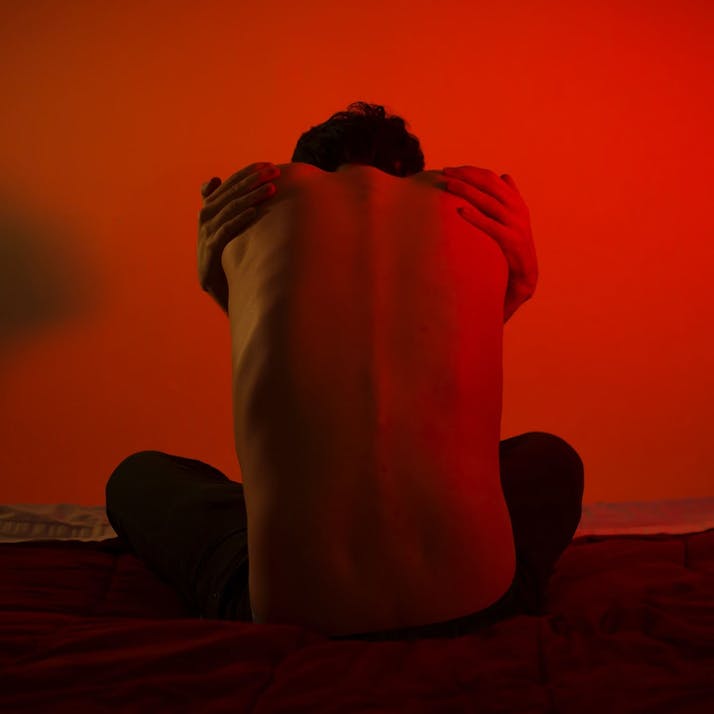 When My Marriage Fell Apart, Sex Workers Helped Me Pick Up the Pieces

A man living in Germany details his experiences with four different women.

I had been living in Germany for over a year when my marriage fell apart.

My wife was German, and after the birth of our child, she wanted to be closer to her family, so we moved here from the United States. We already had issues as a couple, and our union didn’t survive the stresses of a transatlantic move.

As my marriage disintegrated, I found myself in a lonely place. The desire to be with someone else wasn’t there emotionally. The ability to extend myself emotionally in any way was a bit too much to ask. The need for sex and intimacy would typically only occur very late in the evening, when I was far too tired to go out to bars and clubs and such.

The only other women I was around were married and were either family friends or moms at my child’s school—which was not an option for me (to the chagrin of a few). And although maybe having another girlfriend might sound like a good idea, I felt like it would be too much, as my ex-wife, child and I still lived together.

Prostitution is legal here. The 2002 Prostitution Act formally regulated sex work, allowing access to benefits such as healthcare and unemployment insurance. A large number of the population is accepting of sex workers, but of course, there are some wanting to enforce the Nordic model, which makes it illegal not to sell sex but illegal to purchase.

So I played with the idea of visiting a sex worker. I scrolled through websites of brothels, escorts and sex clubs, thinking, “What if?” and, “What about?” until I found myself at the front door of the Hasenhaus.

“”
She told me not to rush, that she wasn’t concerned about time.

I saw her as I first ascended the brothel stairs. I thought it was interesting that she was working there. Outside of there, she might be someone one could find attractive, in a cute, skinny, librarian way. The brothel had just opened its doors, and it was a bit chilly out. I expressed my interest in Millie, and she agreed in a rather chipper manner. I asked how much. She said €30. I asked how much for kissing. She said, “It should be €5, but I won’t charge you.”

She brought the money downstairs, then returned with a cloth for me to clean myself and closed the door. We undressed. She told me not to rush, that she wasn’t concerned about time. She apologized for being so cold, and I said I understood, but it dawned on me how intimate admitting this was—or at least, that’s what it felt like. We cuddled as she warmed up and told me about who she was and the small German town she was from. She seemed not to want much out of life, just to go forward.

We did it, then cuddled some more and talked before we begrudgingly left the bed. We washed. We dressed. I left for home, still looking to make sure no one saw me, but feeling exponentially lighter than I was when I went in.

One afternoon, maybe six or eight months later, I stopped by Martina’s, another brothel not too far from the middle of town. This time, I was greeted by another woman, who was a secretary type, and guided to a room where the door was closed behind me as I sat on the bed. A line of women formed outside the door and then came in one by one to greet me and introduce themselves.

On this day of why nots, I chose Patricia. She told me her price and what I could do. I gave her the €30. She left and came back with a towel for me to wash myself, then left again and came back in with a bag, a sheet and a towel of her own. She placed her towel over the bed quite mechanically, then gestured for me to undress and lay on it. She undressed and nonchalantly grabbed my dick and began sucking it, projecting moans. I say projecting because this is precisely what it felt like: This was her work and I was a part of the assembly line. Once my dick was fully hard, she began to say, “Ooh! Ma-chi-ne!” in an accent that was part German, part East European. The way she did it was fascinating to me. I knew that I was only work for her, but I was also about to ejaculate incredibly fast. I told her to stop. She did, then looked at me and once more projected a moaning “ma-chi-ne” at me that felt like an attack. It worked. I came.

I washed off. She left. I put on my clothes and snuck out, slowly meandering home, slightly perplexed and still processing all. “Well,” I said to myself, “that happened.”

It had been a night. My birthday had just passed, and I’d spent it working. Afterwards, I took myself for a drink or two with a couple of friends at a small bar. It was a chill time, just as I like it, nothing too much or too crazy. As I slowly made my way home, the thought of companionship or birthday sex seemed like a nice idea. It was six o’clock on a Monday morning, so playing the pickup game in a bar was a no-go. I made my way back to Martina’s, which is open 24/7.

I was greeted by the woman up front and guided to a room to wait. The women came and went according to protocol, and one really stood out to me: Ana.

Ana took my €35 (€5 for kissing). She did all of the usual things, like bringing the towel and making sure that I was comfortable, but there was a warmth to her that I haven’t witnessed too many times in my life. After she came back and laid the towel on the bed, she spoke a bit but in an incredibly warmhearted manner. She made me lay on the bed, on my stomach, and she began to give me a massage as she talked to me and made sure that I was relaxed. The way she spoke reminded me of someone who one can come home to. She had a particular attentiveness that made me want to pay attention to her needs. The time passed and moments melted into each other, as did we. (Not to sound cheesy, but it was.) We paid attention to each other's movements, each other's bodies. I overstayed my time and she didn’t care. She didn’t charge me extra.

After sex, we even held each other longer, until we simply had to go. Before I left, we hovered around each other's embrace and touch. We spoke of how great the time was. She wanted me to call back and leave a positive review. I had a feeling she wouldn’t be there long, but I knew I’d try to find her again.

While perusing the website of one particular brothel, I saw a picture of Sophie. She seemed really cute. By this time, I was a bit over brothels and such. I’m not sure if I had just healed enough from the split or if I just needed more emotional connection. Also, by this point, I had moved into my own place, and my ex-wife and I were evening out a solid schedule of who was with the child when. I had also explored a few real relationships. Needless to say, they hadn’t worked out, so I figured one day that I would appease my own curiosity for Sophie.

I found the entry stairwell to the brothel wedged between a few shops. I have to say that it felt incredibly weird to be there. The lady who greeted me at the front hurried me in and wasn’t particularly welcoming, to be honest. Everything was hurried.

My knee-jerk reaction was to simply leave, but I thought that girl number three looked enough like Sophie. She took money, left and brought back a washcloth. She hurriedly sucked me off for 15 seconds and laid down. She placed my dick inside of her after inserting lubricant. I came. She left. Before I could finish washing, I was hurried out by the woman at the door. I left for home, completely weirded out by the experience. Ultimately, it felt wrong.

My Brothel Experiences Left Me With Mixed Emotions

There are times where I find myself wondering what happened to these women. Well, Patricia still works at Martina’s, so I figure I could visit her if I wanted to find out. But some of the others I wonder about a bit more.

I saw Millie maybe five or six months after I met her. She saw me walking up the stairs to the Hasenhaus and recognized me. It seemed like she wanted to say something but felt like it wasn’t her place. I didn’t stop. I had really enjoyed that time with her and was afraid of catching feelings of any sort. When I walked by, she was looking away but seemed a bit crestfallen that I had passed. I believe that she was in school in another city and just liked the idea of being in that profession. I also wondered how long she would stay with it. To be honest, I would have liked to know who she was and what she became.

I only met Ana that one time, but I seriously had the feeling that she didn’t really belong there. She seemed like a little sister who’d gone to work with her big sister and wanted to participate, that prostitution was something that maybe she wanted to try out once and that even the people at the brothel felt like it wasn’t for her. I could easily be wrong, of course. Still, it felt more like a great one-night stand than anything else.

Sophie, on the other hand though, that experience frightens me. I could also be wrong, but my intuitive feeling is that there was sex trafficking or something foul involved. Our exchange reminded me of my time working in restaurants in the States and the way many undocumented workers are exploited there. I remember in some cases workers living four people to a room and even hearing that some might be only working those jobs because they were being blackmailed but weren’t able to prove it. Undocumented restaurant workers were also consistently moved from place to place and across state lines, which is a key element to how sex trafficking functions. I’m not saying that they are the same, but there are those similarities—both types are exploited workers. The brothel where Sophie worked is no longer in operation.

One thing I have realized in my life is that people are different, as far as sexuality, paths of life, career, everything. One of the worst things you could ever do to anyone is to try and make them someone they aren’t or to block them from living their life the way they see fit. For me, I probably wouldn’t do it again, as there are times where I simply can’t shake the feelings of the “what-if’s.” I deeply appreciate the times and situations where it didn’t feel that something darker was afoot, where all that is left is two humans being human in their own way. And I do have to acknowledge that it was something that honestly helped me through a rough time in my life.