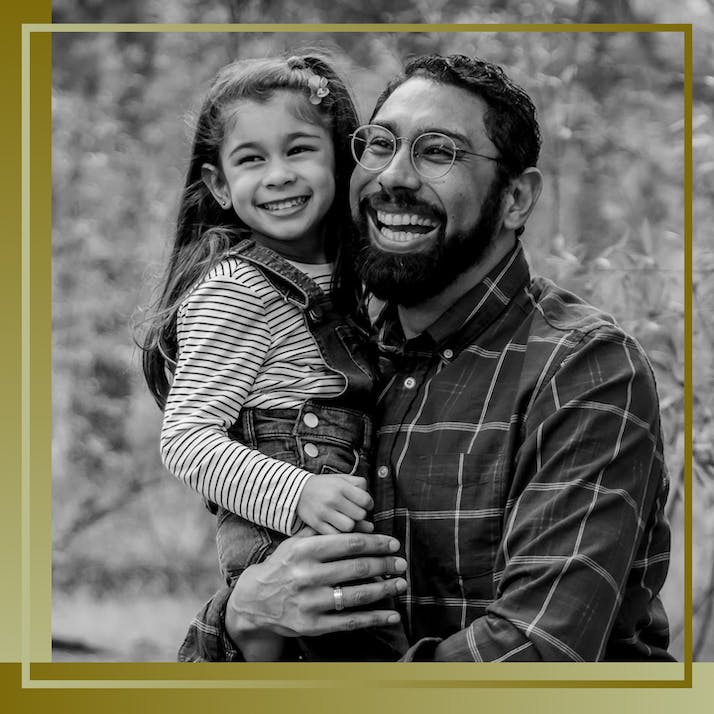 My Late Father Gave Me Self-Worth and Respect: I’ve Never Sought It From Another Man

I had a fulfilling relationship with my father growing up. As a result, I haven’t needed to seek validation from men in my life.

My dad was the epitome of a devoted, servant-hearted father whose unconditional love knew no bounds. As his youngest daughter and the child most like him, I was always considered his “precious little girl,” and the joke was that I was his favorite.

But my life shattered before my eyes four years ago when my beloved father suffered an unexpected and fatal heart attack. Dad meant everything to me, and the world felt like a safe place to be because he was in it. Then, in an instant, I was forced to accept a new reality and was confronted with the terrifying prospect that I’d live a lifetime without him.

The thought was almost too much to bear.

I soon understood what Michelle Obama meant when she once said that her own late father had left a “hole in [her] heart” and his loss would forever be her “scar.” I felt robbed to have only had my dad for the first 23 years of my life, but in the years since his passing, it’s become clear the impact he’s had on me will last a lifetime.

“”
It’s become clear the impact he’s had on me will last a lifetime.

My Father Taught Me to Never Settle in Romantic Relationships

As conventional wisdom goes, girls marry their fathers. Whether you would agree with that statement or not, some researchers argue that girls who have had fulfilling relationships with their fathers and have experienced their approval in abundance from an early age don’t tend to feel compelled to seek validation from men in the future.

Many will point out holes in this theory, but I can personally attest that this has been my experience. Ever since I started dating in my early 20s, I realized I was attracted to men who possessed the same qualities as my dad. I was subconsciously looking for humility, kindness and a quiet self-assurance in the guys I was meeting, especially in those who treated me in the same way as my father did.

I had been taught enough by my father to know how I deserved to be treated and that I should never settle when it came to romantic relationships. My dad instilled in me such a sense of self-worth that I have never sought this from any man I’ve dated nor have I ever felt the need to be reassured of my value in any relationship.

Though the pain of losing him has been excruciating, I’ve been so heartened to realize that in the four years since his passing, my sense of self-worth has never once shifted. My attitude before and after his passing have remained the same.

I was in one significant romantic relationship since my dad’s passing, and while I enjoyed the company and presence of another man in my life, he and I both knew he didn’t need to reassure me of anything. The groundwork had already been laid by my father throughout my whole childhood, and I was enjoying partnership with a man as an enhancer of my life, not to fulfill it.

I feel so blessed that this was my experience, as I know that so many children go without strong male figures in their lives.

“The man you’re going to meet isn’t even born yet,” my dad would often tell me.

“Well, I don’t want my husband to be younger than me,” my 12-year-old self replied.

“That’s not really what I mean, honey,” he laughed.

“”
He has blessed me with self-assuredness, the greatest gift a person could ask for.

The week after my dad’s death, my sister and I visited his office to clear out his things. It was one of the saddest days of my life as we gathered up his belongings from his desk.

I silently wept as we packed up my dad’s little corner of the world, which was just as he left it, ready for his return that following Monday morning. Through tear-filled eyes, I discovered my university map on his pinboard, along with handwritten notes in his diary with the dates and times of my final exams.

“Which one of you girls is studying politics at uni?” my dad’s boss asked, desperately trying to make light conversation. “Your dad always told me so much about it,” he said.

“Oh, and who was it who studied abroad in Europe and did a road trip off the Italian coast?” he went on.

“Well, your dad thought the world of you and your whole family. He would tell us all about what you were getting up to all the time.”

How could anybody feel anything other than adored and treasured and not walk a little taller in the world? My father treated me like the most precious thing to walk the planet, and though he’s not here to see me grow up and live my life, he has blessed me with self-assuredness, the greatest gift a person could ask for.