Fourteen Years Later, I Told My Father How His Pro-Life Beliefs Almost Killed Me 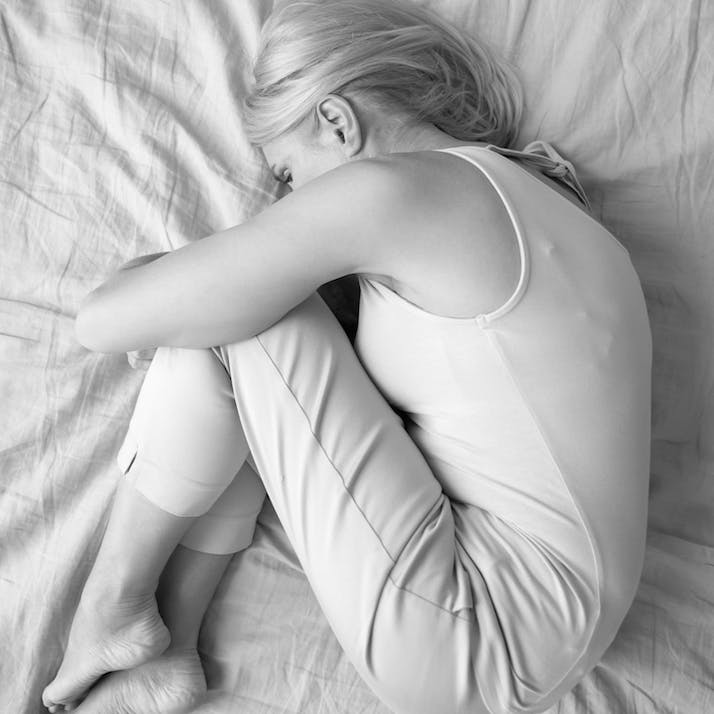 Fourteen Years Later, I Told My Father How His Pro-Life Beliefs Almost Killed Me

He used to tell me that if I had ever gotten pregnant, I would be expected to drop out, get a job and raise the baby.

My dad is conservative and has always been opposed to abortion access.

Born just before the passing of the Supreme Court's Roe v. Wade ruling, he believes, if given the chance, his mother would have aborted him. At 35, she was the breadwinner of her household and found out she was carrying her fifth child during an appointment for a tubal ligation.

Her husband suffered from severe mental illness and was prone to instability. She had to struggle alone to support her family. But my dad doesn't hold any empathy for what his mother went through. He's always strongly believed that women exist to make children and that children are the source of our happiness—despite growing up in poverty, feeling firsthand neglect and the suspicion that he may have been unwanted.

The current attack on women's reproductive rights has brought the issue front and center again in my family, where politics is more beloved than sports. To this day, my father attacks women's rights as unimportant, always advocating for adoption as the right answer. Eventually, it pushed me over the edge, and I let loose with a truth I had kept hidden from my family for 14 years.

I had never intended to tell my family what happened.

“”
I had ruined myself in my family's eyes.

I Refused to Have Sex, but My Ex Coerced Me

When I was just 14 years old, I started dating my 17-year-old neighbor. At the start, I was pretty determined to be what I thought was the "good girl." I said no to sex and put it off over and over again despite months of my boyfriend's persistence in asking. Soon, he began shaming and guilting me. "If you loved me, you would do it," he would say. "I'm the only person trying in this relationship." He would twist my bodily autonomy and threaten to leave me. Eventually, I caved.

I had sex for the first time when I was 14. I had said no nearly a dozen times that day alone but was coerced. It was statutory rape; it was painful and unenjoyable. And the condom broke.

Afterward, my ex would tell me that we shouldn't be seen together because he didn't want to get in trouble because of me. He told me I should lie to my parents and say I was raped by a stranger if I was pregnant. This way, he would be consequence-free. And at the time, I did feel like I was the burden. After all, I was the one who was probably pregnant. He could walk away with nothing different at all.

My dad asked how I could never tell him or my mother any of this. "Why didn't you come to us? We could have helped you," he said. I told him that in the few lessons relating to sex I ever had, it was resoundingly clear that if I were pregnant, my life would be over. He and my brother had frequently called women slurs often saved for single mothers or girls in shorts. My brother said he would disown me for being a slut. My father had told me that if I had ever gotten pregnant, I would be expected to drop out, get a job and raise the baby.

These were the things I was told in place of any sexual education. I heard these things before I was 14 or had ever had a boyfriend. Not he, nor stolen Cosmo articles, nor the late-night episodes, nor Jerry Springer had prepared me for sex. And certainly not about consent or contraceptives.

I Told My Parents About My Suicidal Thoughts

I also told my father how I had felt entirely alone and terribly ashamed. I had ruined myself in my family's eyes. I would be bullied at school until I left. I would have no chance at an education. I would have to live in poverty as a result. I told my dad how he and my ex had put me in a position where I had no one and no other options.

So I did what a trapped emotional teenage girl from an unstable home does. I planned to kill myself if I missed my period. I planned to take my mother's opiates and sedatives and then I would go drown myself in a pond in the woods. My family would be sad but not ashamed. My ex would be burden-free.

The only thing that kept me alive to this day was the fact that I wasn't pregnant. I got my period. I never said anything to anyone about my plan. Living with the belief that pregnancy was not a choice nearly killed me when I didn't actually want to die. I just wanted to keep going to school. I didn't want to live in poverty like my parents. I got to graduate second in my class.

My dad looked shocked about his daughter almost dying. He said that he wished I would have told them and then he just kind of sat in silence afterward. I hope that my pain and openness touched him. I hope he will quit thinking of potential babies as walking, talking women and children.

“”
I hope that my pain and openness touched him.

The Adults in My Life All Failed Me as a Kid

What I do know is that, despite never having an abortion myself, I always want that option available to other women and girls. I think of those like me that may have ended up dead. Conversations about this have revealed that I am by far not unique in making such a plan. I think of women like my mother or my paternal grandmother, who may not have been able or equipped to handle another child for any number of reasons. I hurt especially for all the sexual assault survivors.

My experience with my ex wasn't my first or last experience with abuse or sexual assault. I think of all the ways the adults around me failed to teach me about consent or how to protect myself. How my public school taught us when we would have to shave but not about birth control. How we learned not to flush pads instead of learning that threatening to leave someone over sex is abusive. How I learned that girls who have sex are broken but boys who have sex are "bros."

What She SaidState of the Union