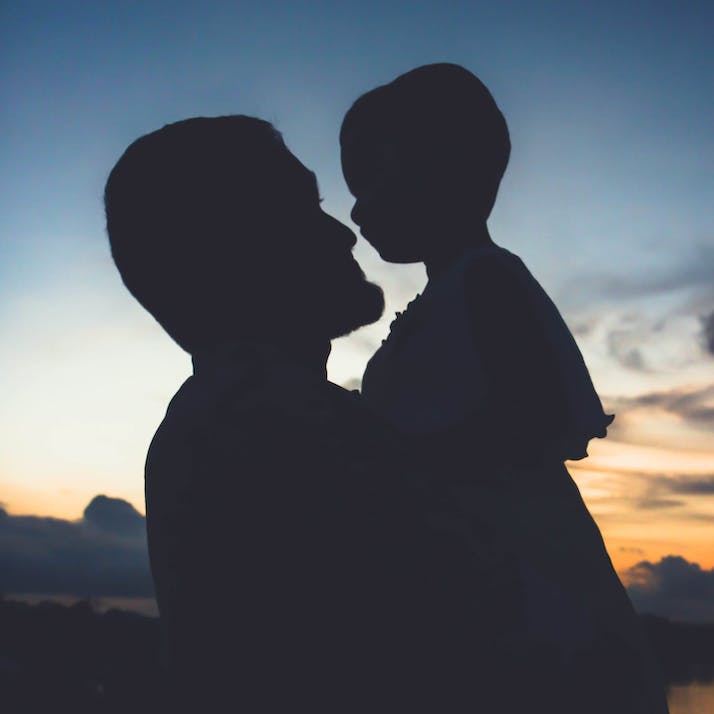 My Father Just Died: What Makes a Good Dad?

I never knew the impact of losing a dad until it happened to me.

Being young and not having lost many people close to me, my father’s passing earlier this year was one of the most difficult experiences of my life. Buddy, as my dad liked to be called, was a great man and a great father—someone I hope to emulate in the raising of my own children. Not only that, he was my closest advisor and a wonderful friend who was always there in a crisis. My life and who I am today were probably shaped more by him than almost anybody else on Earth.

You never know what it’s like until it happens to you. Many friends or distant relatives have lost their fathers, and many times, I’ve put on a sad face and said something like, “Oh, I’m so sorry for your loss.” But had I known the incredible pain that comes with losing one of the most important people in your life, I would have been far more sympathetic. Today, my heart grieves for any and all who recently lost a father or another close loved one in a way that it could never have grieved before.

Making matters more difficult still, I am firmly convinced that we lost my dad much too soon. As a Christian, I believe that God himself numbers our days and that His plan is perfect. But I believe my beloved dad would still be here today had he not taken that damned injection. I begged him not to take it, but his doctor told him he had to. Less than 48 hours after taking it, his heart stopped completely.

Pfizer documents released under court order show the company—and the FDA—knew cardiac failure and acute cardiac failure were among the more than 1,200 adverse events reported after administration of the shot. And yet they kept peddling it anyway, without warning the public, knowing they were immune from liability. Countless others have gone through similar experiences over the last year, as a brief online search reveals.

If Dad had not been revived with those paddles, we would have lost him right then. Instead, even though he suffered many “minor” heart attacks between that one and the one that finally took him, God gave us another year with my dad—a year that I will cherish as long as I live.

“”
You never know what it’s like until it happens to you.

I Learned the Gravity of Losing My Dad at the Hospital

Writing his obituary and eulogy were among the most difficult tasks I’ve ever had to deal with. Even though I’m a professional writer and write almost all day, every day, it took me over a week to finish the obituary and a month to get the eulogy done. What could I say? How could I make it perfect? What would honor his legacy? What did people need to hear? It was tough. But in the end, I believe my words would have made my dad proud.

For years, as I grew in my faith, I had been trying to reach my dad with the gospel of salvation, the message that Jesus Christ died to pay the penalty for our sins so that we, as sinners, could be reconciled to God the father and live with Him in eternity. But even though my dad would have claimed to be Christian, I could tell he did not really, truly believe. And yet, something miraculous happened about a month before Dad passed into eternity.

One day, in mid-January, he started feeling short of breath and had intense chest pains. My brother called the paramedics. They quickly determined that something was very wrong and that Dad needed to go to the emergency room. There, he tested positive for COVID-19, and the doctors said he also had symptoms of having suffered another heart attack.

When they tried to put him on the antiviral drug Remdesivir for COVID, we all panicked, thinking that would be the end.

As my dad was trapped in the hospital, with no visitors allowed, we talked on the phone almost constantly as my brother and I plotted how to sneak in Ivermectin prescribed by his Harvard-educated MD friend and how to get him out as soon as possible. But Dad was scared—really scared. And for the first time in his life, he admitted to me that he was actually scared of dying. We prayed and cried together. I also shared the gospel with him, and he believed! I will cherish that moment for the rest of my days, too.

I Leaned on the Bible to Write My Dad’s Eulogy

After sneaking some Ivermectin and other meds and vitamins in a Bible to my dad with an orderly, he improved almost immediately. We were able to get him out within two days, and he was so happy to go home. It was a joyous time for all of us, and he could spend time with his family in his home for another month before that final heart attack took him. All of that experience made me realize something: You never know when you will never have another chance to share the gospel with people you love.

With all that in mind, I decided to make Dad’s eulogy a presentation of the gospel, as well as a talk honoring him. And one of the key topics I focused on was fatherhood. See, the Bible uses the father-child relationship more than any other to explain the nature of the relationship between God and those who are reconciled to him. It hit me like a ton of bricks.

For those raised by good, loving fathers, it’s easy to get a picture of that divine relationship. But for those who were raised without a father in the home—or for those who had an abusive father—it’s much harder. And so I decided to focus on that. My dad was loving, kind, protective and more. While he was not perfect by any means—none of us come close—he had so many good qualities. And so when the Bible talks about God loving us as a father loves his children, that made perfect sense to me.

No matter how rotten and horrible my brother and I were, Dad was always there. He never gave up on us. He bailed us out of jail. He busted me out of a mental institution. He never let us down. Even though my brother and I both went off the deep end with drugs, my dad never stopped trying to help. I still believe my dad’s love and perseverance with my brother is the reason we still have my brother around today.

“”
His leadership of our family made all the difference in the world.

My Dad’s Leadership Made a Huge Difference in Our Family

Dad’s death also made me reflect on what it means to be a good father, a subject that had been on my mind for a while—and not just because I have my own children now.

Interestingly, just a few months before my dad passed away, I was asked to contribute a brief essay, for a book, on what it means to be a devoted father. All I had to do was think back to my childhood to have a good answer. A good father loves and cares for his children. He provides for them and protects them. He disciplines when they need it. He teaches them good morals, work ethic, honesty and virtue. He teaches them how to love their future partners and children, too.

Being a good father is one of the most important jobs in the world. And somehow, even though his own dad was a drunk who left him at age 10, my dad somehow knew how to be a wonderful father. His leadership of our family made all the difference in the world, and I’ll be forever grateful to him and to God for putting me in my dad’s family.

As I reflect on all this ahead of Father’s Day, it brings me intense emotions, ranging from joy to unbearable pain. I only hope that I can learn lessons from my dad and be half the dad he was to me and my brother. With five sons who are quickly growing up, almost nothing is more important than applying those lessons in my own life and being a good dad to my little ones. Long live dads!