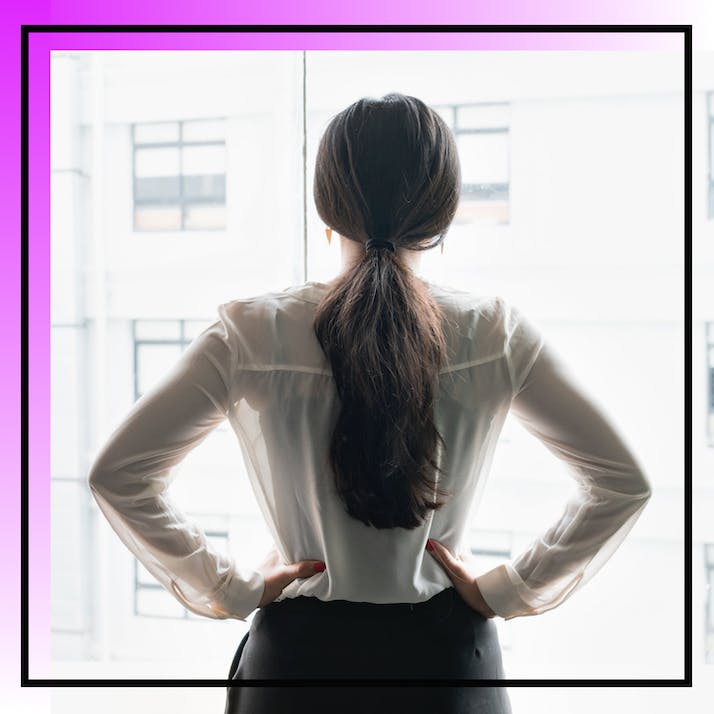 How My Dream Job as an Editor Became a Living Nightmare

When my socio-economic background became a problem for my magazine, it pushed me out the door.

Like many, I spent my teenage years consuming glossy magazines and watching episodes of Sex and the City. My dream life was simple: move to the city, become a magazine editor and, from there, live a life of glamour, glitz and acclaim.

After I got my degree in journalism, I realized that this wouldn’t be as easy as I thought. I worked hard, made myself available and went above and beyond to prove my worth. But I would find that the sought-after roles were frequently given to those who were friends and relatives of senior management teams.

So, at 22, during a worldwide recession, I gave up on my dream. As I packed my things and headed away from the city, I looked at roles that were “media-aligned” just trying to stay close to the end goal. I spent the next 10 years of my working life flogging ad space and learning about the joys of digital marketing. When my eldest child was born, I decided to start sending travel pitches to magazines and news outlets, and from there, I started getting bylines. I could see that my vision was still within reach—it was just taking a bit longer than planned.

It was then that I found a local editor’s job for a lifestyle website. It was a digital publication, founded by a respected journalist and editor, which recommended great shows and fine dining without needing to be in the big city. It could all be achieved by living in the countryside. I applied and was over the moon when I got a call for an interview.

The day of the interview came. I made my way to an incredibly affluent part of the country and was offered the job immediately. The first red flag should have been raised when the person interviewing me referred to the person I was replacing as “totally crazy,” but I was too distracted with happiness. As part of my role, I would get to eat out for free, stay at the best hotels and get to write about it. It sounded like the life that I envisioned for myself as a teenager, but I would be able to work it around family life.

After I started, a new advertising executive came on board to work with me. Then my nightmare began.

“”
Then my nightmare began.

My Colleague Always Reminded Me of My Economic Status

Sandra was older than me and from an extremely wealthy part of the area. She had plenty of old money, a fleet of Ferraris, horses and boats and a total obsession with her tiny village. Immediately, we started to clash on every aspect of the website. My role was to use my experience to create content that covered the length and breadth of our patch, mixing in cheaper places to visit as well as the more expensive and high-end. She was then meant to approach them for advertising elsewhere on the site.

Sandra would complain as soon as I sent her a list of businesses to get in touch with, citing them as “shit.” She would often fulfill her entire advertising quota by selling ads to her friends and family in the area so that any editorial pieces had to include them. Content would end up biased and dominated by businesses and things that she liked. She would often refer to the town I lived in as “rough” and “poor” and would argue that including recommendations from my area—and others—would ruin the exclusive feel of the publication and upset advertisers.

Over time, I lost all editorial control. After approaching my boss about some of my run-ins with Sandra, she decided I needed to forward all of my ideas and recommendations to her or Sandra for approval. Part of the role involved writing reviews on prestigious private schools in the area. I would visit fancy schools and interview the staff, putting together in-depth guides for prospective parents. These were paid for by the schools as well, so I was informed I could only write positive things.

After one visit, Sandra called me and asked if I had a “nicer car” to turn up in, as my Japanese SUV wasn’t selling the right image of the publication. I wasn’t earning enough by any length to casually buy a Mercedes as she suggested. I was often expected to pay out of my pocket and use my equipment when working. Claiming expenses was a total minefield. Some months I would spend hundreds on tips, parking and gas, getting nothing back due to the small print in my contract.

The Job Led Me to a Nervous Breakdown

The beginning of the end was when one of the best hotels in the country asked to be reviewed. My boss decided that it was far too important for me to go and, undisclosed to me, invited Sandra to join her. They had a great weekend living it up in a five-star resort, drinking and bonding.

From that day on, she decided that Sandra would review places moving forward, and I was to write up the experience on her behalf. Sandra would send me patchy phone camera images and declare that she had “a few cheeky cocktails,” forgetting to get any details. I would then have to write articles based on snippets such as, “The beef had some kind of sauce. It was nice,” and, “The decor was like an old lady’s house.” It was impossible, and it impacted what I could write. My boss started criticizing my work even more.

At this point, I had regularly occurring panic attacks. I had come into the job with all the confidence in the world, having proved to myself that I was capable of a writing career. However, every little bit of belief I had worked hard to achieve was being chipped away, one snarky email at a time.

After two years, I had a nervous breakdown and ended up on medication. To this day, I still don’t quite know whether I was fired or quit because when I rang my boss to hand in my notice, I was sent a termination agreement. I went to my union, which was helpful and provided legal advice, but established that because I was being vilified for my socio-economic status, essentially for being broke, they couldn’t do anything to help.

“”
Over time, I lost all editorial control.

I Ignored the Red Flags to Chase a Title

I decided then to return to freelancing completely. Slowly but surely, my confidence returned as the feedback I received from my ideas and writing switched back to positive. Now, a few years down the line, I am happy, my mental health is a lot better and I work for myself rather than for the whims of others.

In hindsight, I was so fixated on getting a job title that I ignored all the red flags. And the fact Sandra couldn’t see past my grubby, 8-year-old car, well, that says a lot more about her than it does about me.

A few days after I left that position, an email alert popped up in my inbox for my old job. It sold the same dream but also a much higher salary than I had received. As time passed, that same email popped up more than a few more times. In the end, I believe the role was filled by someone with whom the boss had attended Oxford. Funny.