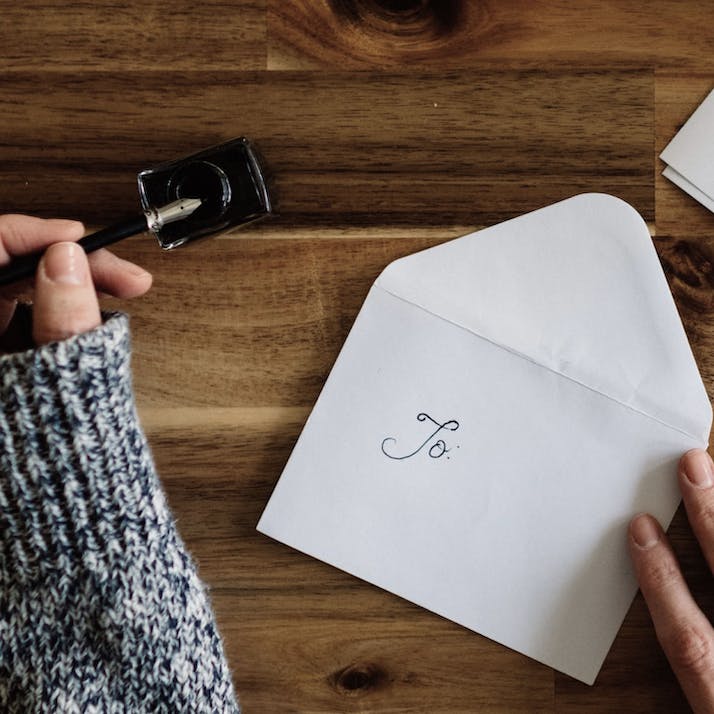 My Daughter Gave Me a Father’s Day Card—I’m Her Mom!

I don't believe pronouns should be the thing that determines who we are or how we raise a child.

My mom’s birthday was May 9, which often landed on Mother’s Day or at least within days of the fanatical day we set aside to honor the womb, the life-giver, the Yin, the fecund meatloaf-maker. I, her daughter, would give her two presents, one for her birthday and one to thank her for giving birth to me. She would give me the same argument: “One present is plenty.” She was embarrassed. And nothing ever fixed this, even the year I put two presents in one box or the year I spent two times the money on one present. My mom was really smart.

So the lack of magical Mother’s Day moments between myself and my daughter seemed inevitable. Let’s face facts: The expectations of thanking anyone for giving you life are off the charts impossible. Flowers do not get it. And I love flowers.

Until the day my daughter gave me a Father’s Day card.

“”
The expectations of thanking anyone for giving you life are off the charts impossible. Flowers do not get it. And I love flowers.

I have a vagina. I gave birth. Well, I had a C-section. I am a mom. But am I? I mean, really? I am the breadwinner. I bought the house. I drive the nicest car. I pay the tuition. The pure joy that card brought me, tears streaming down my single-mom face, made me look at the whole role of motherhood in a unique and individual way. The card, given to me by my daughter, wasn't a joke. It was a statement. She was thanking me for being all things to her. A mom. A dad. A warrior.

Disclaimer: Yes, I have, on many occasions, married men because I love men. I even love marriage, until I don’t. I was the one who asked for every divorce, and I was also the one who paid the price for freedom. I mention this because the moniker “single mother” holds a tremendous amount of baggage, most of which I have never felt. When she was little, we harmonized on the song “Side by Side” as I pushed her on the swing, and 12 years later, we rocked “Sweet Child O’ Mine” at karaoke at Kip’s in Berkeley when she was a freshman in college.

Every human has mother moments; gender, sharing DNA and baking pies have nothing to do with it. OK, I’m wrong about the pies. Especially apple, peach, cherry. I digress.

My dad was just as much a mother to me as my mother was. My dad took me fishing all the time. We scaled fences that read, “Keep Out.” He built a boat and let me drive it. When I asked him, he taught me how to shoot a gun. We dressed up as monsters and tried to scare each other. He made breakfast for everyone. Always bacon. Sometimes pancakes. Sometimes homemade biscuits. Since he was such an early riser, he packed my lunch for school. I’ve gotta hand it to him, I never had the usual peanut butter and jelly or bologna sandwich. My sandwiches were legendary!

He deserved a Mother's Day card because he was a whole human, not a stereotypical human. Oh, how I wish I had given my father a Mother’s Day card!

“”
When my offspring handed me the Father’s Day card, I felt forgiven, accepted, seen, heard, loved and respected.

No One Can Be a Perfect Mom—and That’s OK

I am certain my unique brand of mothering was close to right for my daughter, who totally craved the strong masculine energy of a ride-or-die parent. I was happy to be allowed the freedom to be both nurturing and challenging for her. I am not superhuman. Quite the opposite. There were unquestionably times when she craved Mommy and got Evel Knievel, like the day I told her soccer coach his balls had never dropped. Parents love to pretend these unfortunate pitfalls teach a lesson that needs to be learned. Yep. The lesson is that not even Mother Teresa is a perfect mom. No one is.

Somehow, when my offspring handed me the Father’s Day card, I felt forgiven, accepted, seen, heard, loved and respected. Why? Why now? Oh, it was a rush of wonderful feelings, for sure. All those feel-good feelings led to a burning question. One I didn’t much want to visit.

Are fathers cooler than moms? I won’t torture you. The answer is a resounding no!

Here’s the deal. Be a happy mother this Mother’s Day knowing that your spine is your cock. There is no need for any penis envy. You go, mama! Stand straight, shoot straight and if you can’t bake a pie, find a good bakery nearby. I am not advocating that we blur the lines between moms and dads. I’m proposing a strong argument that every single individual who is charmed by the birth of a human has an inalienable right to bring their own personality and A-game to the role of parenting. This line is crystal clear, never to be blurred by the Hallmark card version of moms and dads.

I’d like to say happy Mother’s Day to all human beings who have unselfishly cared for another human, invited strangers to a Sunday dinner, taken every word a 5-year-old says seriously, broken the law and upheld the law (both as teaching moments), dared to stand up for those who cannot stand up for themselves, allowed their child to speak at a town hall meeting, insisted their child accompany them into the voting booth, taken the time to see what is special about your children, their friends and most of all, yourselves.