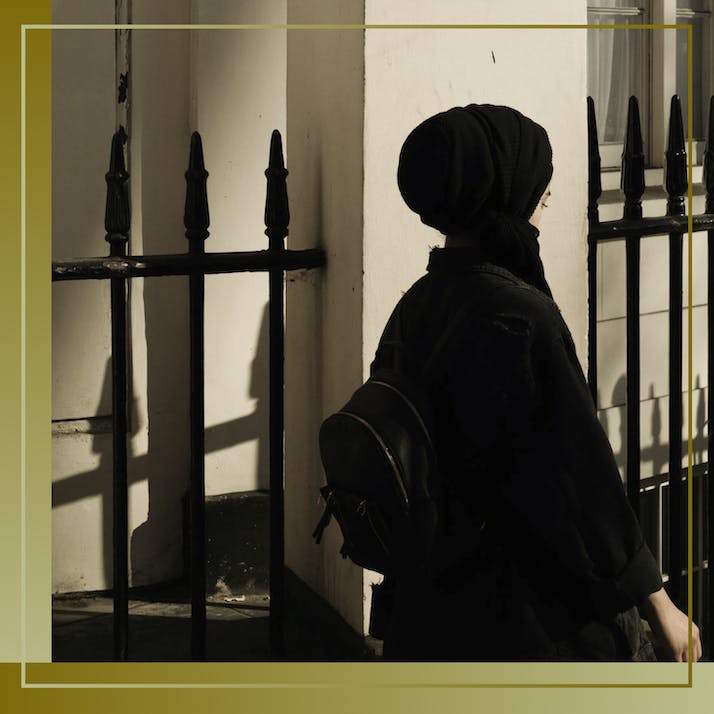 I Left Islam and Came Back Again: My Complicated Relationship With My Faith

Frustrated by her religion’s demands, a young woman shares the internal struggle of abandoning her family’s beliefs and falling into an alt-right trap.

I remember my first visit to Oxford University. I was only 16 and participating in an educational program at school. It was more than just a school trip to me though—it was a chance to finally be away from prying eyes, even if it was for a few hours. I could peel the layers of black fabric off my head, the black gown that isolated me so much from my peers. I could be me.

I peered out from my seat at the middle-aged white man standing in the lecture hall. He was going to be talking about the Enlightenment in Europe. As he began speaking, I became enraptured. He discussed the ways that Western society shifted from religious ways of thinking to a more scientific approach to life. Religion, he told us, was a way to justify and understand the unknown in life. But science gave us real answers. Science and religion could never be compatible.

For a split second, I wanted to put my hand up. I wanted to tell him that he was wrong. That there was a religion that corresponded with scientific principles. I wanted to show him that Islam was different. I almost had my hand in the air ready for a debate, and then it hit me. I was sitting in one of the most prestigious institutions in the world, and being taught by a lecturer who knew an infinite amount more about religion than I did. Maybe Islam wasn’t everything I had been taught. What if everything I knew was wrong? What if it all had been a lie?

“”
My belief in Islam was damaged to the core.

I Was Isolated From the World

Coming from the highly religious background that I did, Islam was never a path I got to choose. It was thrust upon me in such a way that I never knew that I had a choice. Having grown up in London, one of the most diverse cities in the world, people find it hard to believe that I was ever isolated or removed from the bustling multiculturalism that characterized the city.

I grew up somewhere in the middle of East and North London, where a small Muslim community exists. For 16 years, I spent my life gated in this little community. It was like a bubble. Muslim primary schools, Muslim secondary schools, mosques, halal shops and restaurants, women in niqaabs and men in thawbs everywhere. But between the hijabs and the topis (Muslim mens’ hats), I often caught glimpses of a world that existed outside these walls. Women who wore their hair out, state schools that were mixed, boys and girls walking hand in hand, mini skirts and jeans. Most of this I had seen already, on TV especially, but I couldn’t help feel a twinge of envy. I couldn’t help feeling, at 14 years old, that the scarf and abaya that I wore was weighing me down. Freedom was all around me, except in my own body.

Everything was off limits. My dreams and ambitions were not befitting for a Muslim girl as my parents told me. Who wanted to see a lawyer in a hijab? Or a journalist? Or a presenter? I could never belong. Ever.

I started to slip off the hijab whenever I could as I got older and started to venture out into the world more. I would leave the house, and in alleyways, libraries, public toilets, the back of the bus, I’d change into jeans, tops, dresses, skirts. I was a different person. It was exhilarating. Suddenly, I didn’t have to see the world behind slits. I could feel the breeze in my hair, the warmth of the sun on my face. I felt more in tune with the world in those moments than I ever had with the layers of black cloth that imprisoned my body.

I was no longer a woman whose opinions could be assumed. I was a blank canvas, and I could be whoever I wanted to be. My words started to hold more meaning. People would listen to me more. I felt like I’d grown wings and was ready to fly. But as soon as I put the scarf back on, things would revert back. It was like being chained up. Wearing the hijab and abaya made me feel so visible but invisible at the same time. I was visibly different, but nobody wanted to hear my voice.

The Alt-Right Influenced My Thinking

So, when that professor at Oxford University explained the debate between religion and science, I was suddenly open to the possibilities. I had lived my life believing in the harmonious relationship between Islam and science. It confused me that this professor didn’t know it. If it’s so true that the Quran solved scientific conundrums that scientists were only discovering, why didn’t more people believe? Why weren’t the most intelligent people in the world Muslim? All of these questions, but nobody to ask.

It was unheard of. I never knew it was possible to leave Islam. I didn’t know that there were other paths. That there were other possibilities. Even in the media, hearing about ex-Muslims just wasn’t something that I had ever been exposed to. So, I started to do a little bit of research and suddenly I found myself fascinated with talks by Richard Dawkins, Christopher Hitchens, Sam Harris, Neil deGrasse Tyson. People who rejected the notion of Islam. I felt so trapped in my home life that their words resonated with me. People like Harris and Hitchens were open to Muslims being profiled, stereotyped and treated differently. Why not? I thought, here I am in my own home, trapped by my family’s misogynistic views. Maybe they deserve that.

My belief in Islam was damaged to the core. I can’t remember the moment that I left Islam, but I remember the feeling. It was like a weight on my shoulder had been lifted. I didn’t have to worry about provoking the wrath of the most unforgiving God. I didn’t care about going to hell anymore. I could go anywhere, be anything, be anyone. Except I couldn’t, because I was 16, underage and had an impossibly religious family.

I started edging dangerously into alt-right territory, enthralled by the hatred spewed by Gavin McInnes, Lauren Southern, Milo Yiannopoulos, Rebel Media and so many others. These were the people who were exposing Islam for what it really was. My own brother had strangled me in my bed because I dared to disrespect him. I once wore a dress outside that my mother thought was inappropriate as it had slits on the side. Although I wore leggings, when she saw me walk through the front door, she grabbed the material and tore it off me as I was wearing it. My sister had called me a slut when she found out that I had engaged sexually with a guy. Amidst self-harm and self-hatred, I only found peace through channeling my pain into my anger towards Islam. It was the only way.

I was trying so hard to escape Islam. The thing that I had grown up with. The very essence of it was so deeply entrenched in my identity, and it was exactly that I had to fight. I needed to sever its head before it ruined me. Being Muslim made me unpalatable to the Western eye so it had to be shed. It wasn’t until I started university that my views began to soften.

“”
I ache at the thought that I’ll never truly belong with my family.

I Am Stuck Between Two Worlds

Studying English meant learning about colonialism, post-colonial literature, apartheid. Add that to being part of an extremely multicultural environment and I started to realize that my anger towards Islam was misdirected. The idea that being Muslim was unpalatable to the West didn’t come from my parents or Islam, but instead, it was a notion created by the West to “other” those like me. I started to appreciate my identity and the little quirks of having grown up in a Muslim household.

I could no longer be the religious girl I was as a child, but I was starting to accept that I could never escape my Islamic identity because it’s an important part of what makes me “me.” Although I identified as an ex-Muslim for a long time, the rhetoric of people like Harris, Dawkins, McInnes and others is dangerous. If I hadn’t had my epiphany, my hatred of Islam could have boiled into the real world and who knows what kind of consequences that could have had. I’m more of a liberal, non-practicing Muslim now.

It isn’t all sunshine and rainbows though. I ache at the thought that I’ll never truly belong with my family. I don’t wear a scarf or pray, or even believe in God. But I can’t express all of these things to my family. Somehow being in the middle, I can’t really be at home anywhere. In society, I can’t escape the remnants of my Islamic identity, and at home, I can’t be truly Muslim. I guess I’m destined to be stuck in this limbo. Not quite here, but not quite there.