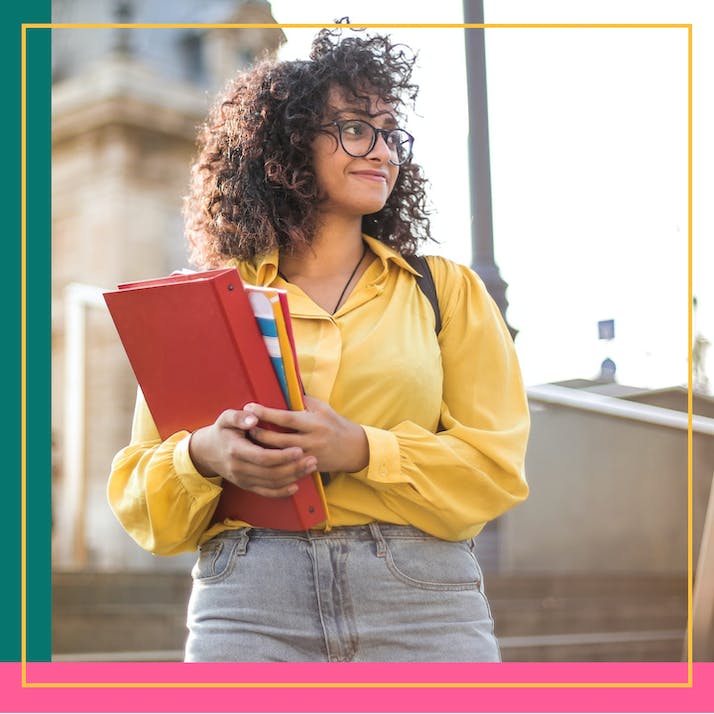 My American Dream Was College Life in the States

Hollywood inspired me to leave Latin America to pursue my education.

I was 8 years old when I had my first glimpse of the American dream. High School Musical aired on the Disney Channel for the first time in Latin America in 2006. The combination of music, Gabriella and Troy’s love story and the showcasing of life of students in a developed country marked me. The musical became a safe haven that projected my ideal life as a young woman and as a student. I learned the choreography, the songs and dialogue. For some people, exercise puts them in a good mood; for me, the musical worked in a similar way. I watched the movies often, as if it were my religion and my source of endorphins.

Back then, English was a strange language to my ears. The High School Musical soundtrack wasn’t dubbed into Spanish, so when I had to sing along, I wouldn’t feel super confident pronouncing, “We’re all in this together.” By the end of the movie, though, I knew I wanted to study in the United States, for three reasons: to speak English like in the songs, to have decent classrooms and to find myself a Troy Bolton.

“”
I thought that dream was over when my parents told me they could not afford an education in the U.S.

I Dreamed Big—and Came Up Short

Dreaming of high school in the U.S. wasn’t enough. Hollywood made me want to pursue higher education in America too. Having watched Legally Blonde and Accepted, I knew university in America would be more prestigious than in my home country. By the time High School Musical 2 was released the following year, I felt confident about my English proficiency. This time around, I challenged myself to watch the movie in English without subtitles. In my heart, I felt as if I was getting closer to making my dream come true. However, my high school graduation date was fast approaching, and I had yet to finalize any paperwork to transfer to the U.S.

I thought that dream was over when my parents told me they could not afford an education in the U.S. After all, my parents' salaries were $1,000 a month, which did not even cover our expenses. And they didn’t want to send me on a tourist visa. As the oldest child, I have always had to give a good example and abide by the rules. I was not going to get a tourist visa that I would overstay. Neither did I continue asking for a dream that my parents couldn’t afford. In my heart, I felt as if higher education was my last opportunity to study abroad. Moreover, I had done plenty of research about scholarships for Latin American students.

One TOEFL exam and over 20 scholarship applications later, I put my dream on pause. Every single scholarship application was rejected. I felt as if no one believed in my skills and goals. However, I got an admission letter from a local college that had some American professors on campus. It was not exactly my dream, but it was the closest thing.

My Plans Took an Unexpected Turn

I met my college sweetheart at the beginning of my junior year—a not-so-tall Latin American guy who went to the gym more often than he went to class. I knew he was no Troy Bolton, but I felt in a rush to get over having the first boyfriend, as if it were a box I had to check off before graduation. Right before winter break, I saw a flyer hanging on the monthly bulletin that said, “Apply to study abroad in Florida.” I didn’t need to continue reading. I was sold on the headline alone.

Three weeks later, I received an email from the provost of my university at home congratulating me on my application. A few tears dropped down my cheek as I read the letter of acceptance. In December, I packed my bags and flew to West Palm Beach.

Almost 12 years after seeing my first American movie, I had finally made it to American soil as an exchange student. I was walking in the same hallways I had seen in movies. Everything from the cafeteria to the classrooms looked as marvelous as it did on-screen. I had the option to choose what I wanted to have for lunch: It could be a salad, a burger or both, because the cafeteria served buffet-style. Oh, Americans go big or don’t go at all. The amount of food served daily was insane. My school cafeteria could have fed a city back home.

Three weeks into the spring semester, I had met eyes with an Australian who would later become my Troy Bolton. I had this weird connection whenever we crossed looks. One day, he sat down next to me at the cafe, and we quickly started chatting. After our conversation, I called my then-boyfriend who studied back home and broke up with him. I knew our relationship had been deteriorating, and distance was taking its toll on him. Plus, I was looking forward to further exploring my connection with the Australian student.

“”
I could not believe my dream would only last six months. One semester was not enough. I longed for a lifetime.

Life in America was not always as it was shown in the movies. For one, my roommates suffered from weird mood swings and craved drama 24/7. Drama was a trend that I dare say applied to all American students. Right before midterms, my roommate was tased in the mouth by her best friend. The police came to my campus multiple times. The normality of life is something that was impossible to not miss. At home, people were warmer, welcoming and good-hearted. If I could merge the hospitality of my people with the American facilities, real life would be like in High School Musical.

By the end of the semester, I had high grades, an American bank account, friends from all over the world and an Australian boyfriend. It had been the best six months I have ever lived thus far. I felt the urge to stay in West Palm Beach with the love of my life. For the first time, I developed the feeling of belonging to a magical place filled with love from those close to me. I could not believe my dream would only last six months. One semester was not enough. I longed for a lifetime.

I wish I could live in the spring of 2017 forever. To this date, I still look back to that period of time that encompassed my happiest memories. I lived my own version of High School Musical, except my version was a college edition with a Spotify playlist entitled “West Palm Beach Feels,” featuring music by Lostboycrow and LANY. I became enamored with the city; for that reason, leaving was tough. My scholarship only covered a semester. I had to go back home and finish school there.

Although my body was physically in Latin America, a piece of me stayed in West Palm Beach. I graduated at home and maintained a four-year long-distance relationship. I revisited the city with my Australian boyfriend in 2020 before the pandemic hit. Needless to say, my love for the place was still intact.