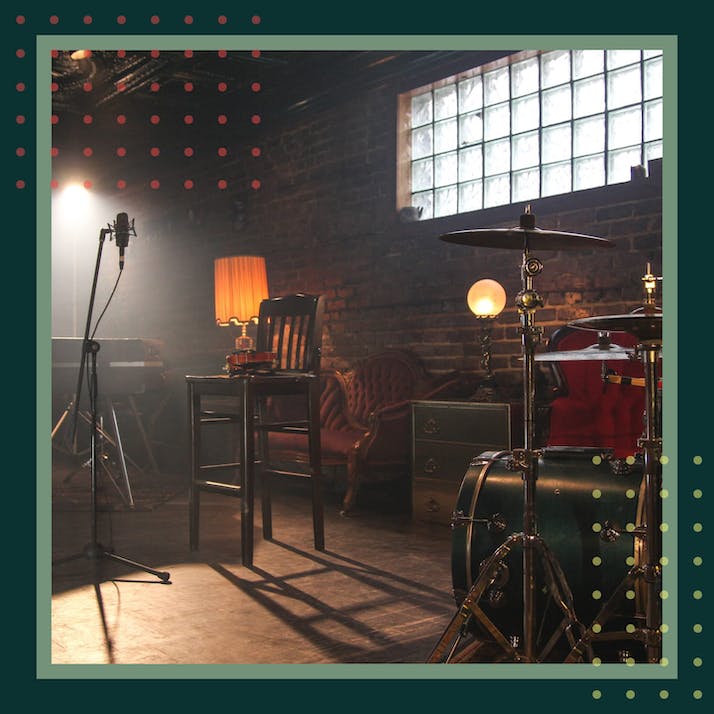 I'm a Music Professional Out of Work Due to COVID-19

She used to work for one of the biggest chain of venues in the U.K. Now, she doesn't have a job.

By the time September rolled around, I knew the live music industry was suffering. Of course, it was. Venues had been closed since the pandemic hit six months prior, and it would be a long spell still before they could safely reopen. Luckily, the arts sector had qualified for the furlough scheme which meant my job as a digital content coordinator for one of the biggest chains of music venues across the U.K. had been safe.

I, like many of my colleagues and industry professionals around the country, had taken a salary cut, but we were assured early on that it wouldn’t become much more serious than a 20 percent reduction. If I had a penny for every time someone said it would be alright, I probably wouldn’t be so panicked about my dwindling funds right now as I sit reading job rejection after job rejection.

As the months stretched and the projected opening dates kept getting pushed back, whispers of redundancies began circling like sharks. But even near the end, there were assurances that balance sheets looked good. We were “fine,” although I can’t say the pitched voice in which they told us that was entirely believable, but naivete stepped in to push any doubt away. It turned out that I was the chum. Just days after my birthday in September, we got the call that I, along with most of my office, was being made redundant. Suddenly things weren’t so fine.

“”
Most of all, I was angry at the government's lukewarm approach to putting lockdown measures in place.

The Music Industry Was Blindsided by COVID

I felt betrayed by the false sense of security my employer had lulled me into. Why didn't they just tell us we had to prepare for the worst? Maybe that was my way of denying the situation. Maybe it wasn’t. It didn’t matter because that first stage of grief didn’t last long before giving away to anger.

I was angry at the government for not stepping in to offer venues the funding they were literally petitioning for, angry at people for not taking COVID seriously, for not wearing their masks, for not caring that people’s livelihoods were in the balance as they partied in Soho during a pandemic. Hell, I was angry at myself for not foreseeing this outcome, and for not being more proactive.

Most of all, I was angry at the government's lukewarm approach to putting lockdown measures in place. I kept telling myself that if Boris Johnson had made the call even a week earlier, it could’ve changed the timeline of this year massively.

For all my rage, I still couldn’t alter reality, and as hard as I tried to accept the situation, I failed to swerve the panic that inevitably followed. I wasn’t born in the U.K. and didn’t go to university with a group of mates, which meant there was no little book of contacts who could hook me up with another job in music. I was on my own, and the fear that I would lose everything I’d worked for and never get it back was rising.

“”
The insinuation that our jobs are unviable, as if they are somehow less than worthy of saving, is insulting.

I’m Not Only Losing a Job, but All of the Work It Took to Break Into Music

The music industry is a tough one to crack. It had taken me five years of voluntarily writing concert and album reviews for any online publication that’d take me before I finally bagged my dream job. Even with years of writing experience, it was my collection of internet skills that secured me the position, and to keep it I had to keep leveling up. I wrote blog posts, interviewed bands, dabbled in image creation, created social content, took minutes at meetings, built weekly emails, reported on the results, set up live music events and dealt with venue requests. I was as much a PA as a writer, an account manager as a CRM executive, and yet, my skills weren’t able to save me from redundancy because the company I worked for couldn’t open their doors despite still paying daily operating costs. Without any aid in sight, and with the end of the furlough scheme looming, they had two options: keep their staff and sink, or lay everyone off for a chance at survival.

What would you have done?

Our bosses were backed into a corner by a government which has consequently seemed unfazed by the sinking arts sector. Chancellor of the Exchequer Rishi Sunak showed a blasé attitude by recommending people retrain and adapt to this new reality of not working in the creative industry because it’s a “fresh opportunity.” Well here’s the thing, Mr. Sunak: I don’t want to adapt and I certainly don’t need to retrain, because I already possess a multitude of skills I have spent most of my adult life acquiring, and the insinuation that our jobs are unviable, as if they are somehow less than worthy of saving, is insulting.

I’m not disputing that these are difficult times for everyone, but there’s common sense in giving a boost to a sector that’s hurting because it’s unable to trade with socially distancing measures in place—especially when it’s contributing around ten billion pounds to the U.K. economy per year. Call it an investment.

Days after my final payout popped into my bank account, heavily taxed (as though they haven’t taken enough), the government announced a furlough extension that could’ve potentially saved us. It reeked of calculation. Why had they waited for tens of thousands of people to lose their jobs before making the call? I’ll tell you why: fewer employees means less for them to pay out. Cynical, possibly, but it’s hard to not feel let down.

So here I sit and as I’m writing this, I yearn for a new opportunity in an industry I love with every fiber of my being, but I’m realistic enough to recognize how slim my chances are of finding one. With very few positions available in what is now a field saturated by unemployment, every application is a fight and each rejection pushes me a little further away from where I want to be. It seems, at this point at least, that starting again will become necessary, even if it hurts to imagine myself doing anything else. The funny thing is, I could learn to accept it if at least live music survives. And yet as days turn into months, even that seems unlikely. That’s the true devastation.

Music is synonymous with therapy. It feeds the soul, guides us through tough times, allows us to grieve, brings us joy, creates space for us and it’s often where we find our people. Something so vital to the human condition should be preserved, shouldn’t it?

With the way it’s going at the moment, I’m not sure the live music industry will survive. I do know that this country would be less without it, and so I’m left heartbroken, angry, anxious and deflated knowing that the people with the power to turn it around are the same ones who view the ashes of this cultural Pompeii as a “new opportunity.”