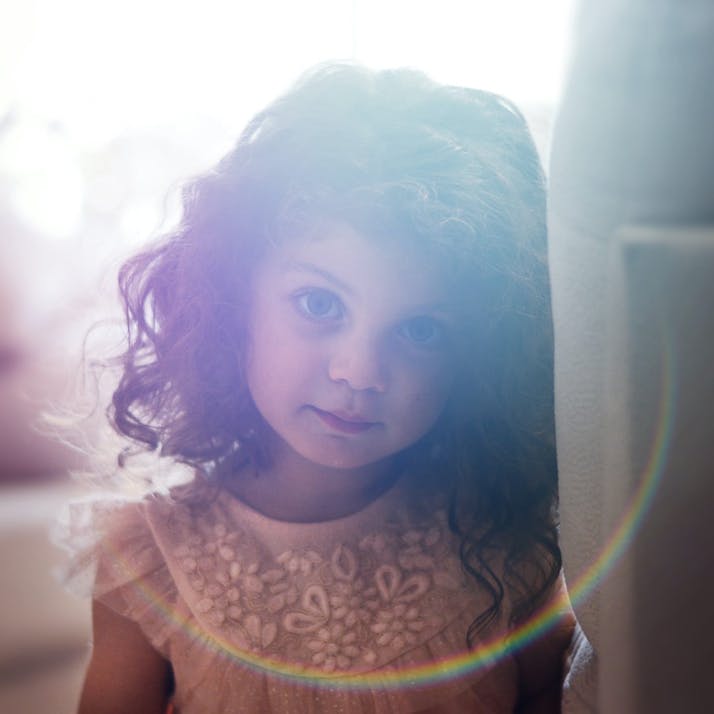 We Need to Move Past the Autism Spectrum

I seem “high functioning,” but that’s not the whole story.

For years, autism was thought of as existing along one dimension, with those who can pass for integrated adults, at least superficially, on one end and the severely handicapped, unable to function without the same kind of supervision and care as a small child, on the other. In truth, even just getting this full one-dimensional spectrum to be considered as part of the autism experience often doesn’t happen.

Depictions of autism are usually limited to the Bill Gateses and Temple Grandins of the world. These convenient reductions of the autistic experience fail on multiple levels. They offer an inherently romantic depiction of what it means to be autistic that doesn’t gel with the countless experiences of those whose autism manifests in ways that make it harder for them to adapt to social environments the way these convenient examples were able to. This is to say nothing of the lack of resources and support structure—especially relative to these famous inspirational stories—that those with autism have had to contend with for decades. (And to say nothing of the fact that Bill Gates is most likely not actually autistic; a handful of social quirks are not remotely sufficient to categorize a man or woman as having this atypical way of thinking.) Modern culture has frequently failed to even sufficiently include this one-dimensional depiction of autism, as inadequate as it is, without trivializing it as a superpower or treating it as a death sentence for the hope of a functional life.

“”
Modern culture has frequently failed to even sufficiently include this one-dimensional depiction of autism, as inadequate as it is, without trivializing it as a superpower or treating it as a death sentence for the hope of a functional life.

Autism for me manifested first in perhaps the most common—indeed, one might say the tritest and cliche—manner: through delayed language development. I wasn’t able to speak in coherent sentences until age 6, and this was after several years of consistent, focused work with a speech specialist. I was placed in a special school for autistic kids and then eventually considered “high functioning” enough to be taken out of it. I had an inherent ability to understand logical, scientific and mathematical reasoning and wasn’t cognitively impaired to the point where I needed the same level of care as a preteen and teen as I had as a 4-year-old. I had enough ability to focus for one class period at a time to make being in mainstream classes feasible (with the help of specialists in grade school and moving on without them starting in middle school). One could argue the severity in which my inhibitions showed themselves wasn’t enough to qualify me as “low functioning” and perhaps even placed me in a position on the autism wheel that suggests I could function at the same level as neurotypicals in most facets of life. Therein lies the distinct and pernicious problem with the conditions I was born with: Underneath this perception were some truly severe crises that went unnoticed, for a variety of reasons.

I wasn’t able to speak in complete, coherent sentences or, for that matter, communicate my needs through body language, facial expressions or any other meaningful manner such that I could be readily understood. For reasons I’m still not quite sure of, efforts to improve this fell by the wayside until my graduate school years. I would experience muscle spasms—designated as “tweaking” by observers—and feel the need to run in circles because my brain was a wild, uncontrollable animal, perhaps a stallion or even a bull. I had a hard time regulating my emotions and was blasted with anxiety and depression on a regular basis. What may have been worst of all was that my ability to adapt was strongly dependent on having a firm and guiding structure laid out for me, knowing what tasks and projects to work on and what aspects of myself needed to be developed. Primary and secondary school laid these all out for me. Once that structure was removed, as was the case in my college years, I was a house of cards on a shaky table; the rumbling got strong enough to blow it over and I was hit with breakdown after breakdown of anxiety and depression. I experienced life as a role-playing game, where everyone else but me had instruction manuals, and I was playing as a character with double the handicaps of the rest of the players. I somehow made it through college and earned a graduate degree. My skills, possibly due in part to my autism, were able to get me into exciting research and discoveries. But the handicaps made advancing further in my work overwhelming, to the point where I needed a set of specialists, much like I did in grade school.

The Autistic Spectrum Isn’t Enough to Describe the Autistic Experience

A standard spectrum-based analysis of autism is essentially centered on the separation into “high-functioning” and “low-functioning” ends. In simple terms, “high functioning” refers to those who can, by their adult years, speak intelligibly and live without the daily supervised care a small child needs; “low functioning” refers to those who can’t. This binary is inherently severely limiting. Those who fit the form of “high functioning” are regularly grouped alongside such famous figures as Bill Gates, Albert Einstein, Temple Grandin, Mark Twain, Dan Aykroyd and Anthony Hopkins. This can lead to their unique needs and struggles—from communication to keeping composure in working environments to being able to understand what is needed to live fully independently—to be ignored. Often, this is because it is presumed, without truly looking at their situation in an individualistic manner, that their experiences will continue to evolve in the same manner as the aforementioned autistic figures, some of who may in fact have been given the autism label, even a “high-functioning” one, erroneously based on a handful of social quirks. Gates is perhaps the most notable example of this.

Because I was “high functioning,” any one-dimensional attempt to depict autism invariably would lead to me being classified as perfectly typical, able to function without the support structure neurotypicals don’t need. And it assumed that I could progress in my professional and personal development using yardsticks designed for said neurotypical people. Both of which turned out to be tragically inaccurate. To be sure, comparing oneself to others as a pattern of thinking is highly ill-advised. Trying to do this based on a spectrum analysis of autism would prove to be disastrous.

A better way of visualizing autism is as a wheel. The wheel takes a list of the various characteristics of autism—the difficulties with speech pathology and language, the tics and spasms, the anxiety and depression, the cognitive processing abilities, difficulty adapting to social situations, eye contact, sensitivity to loud noises, lights or touch and ability to focus on tasks for extended periods of time—and converts them into the wheel’s spokes. For each trait, the further away from the tire the person’s attribute on the spoke is, the stronger the given attribute manifests in them. This allows for much wider nuance relative to a standard spectrum. And in the case of those who are given the “high-functioning” label, it can be drastically more needed in order to understand why social expectations placed on those conveniently given that label can, in fact, be thoroughly unrealistic.

An autism wheel is particularly vital because it allows for the incorporation of a plethora of experiences, strife, successes, anguishes, turmoil, joys, trials and tribulations that binary depictions of “high” and “low” functioning could never hope to capture. By placing these aspects on a wheel, one can look at two individuals with autism who are equally “high functioning” or “low functioning” and recognize that the struggles of one—not to mention their ability to adapt to cultures that are unable and/or unwilling to meet them halfway—can differ from the other. In this manner, issues that affect those with autism as a population can be observed and the proper cultural changes to recognize and assist as much as possible with their struggles can, at least in theory, start to be implemented.

“”
A better way of visualizing autism is as a wheel.

Each Autistic Person’s Experience Is Unique

That said, even an autistic wheel won’t be wholly sufficient in depicting the autistic experience when one is looking to evaluate it one individual at a time. While studies of those with autism as a population can be especially helpful when looking at social changes, they must be complemented with the ability to evaluate autistic individuals. Two people with autism occupying even the same position on an autism wheel can still have distinctly different life stories and struggles. Sensitivity to noise perception, speech difficulties, difficulties with focusing on one topic for extended periods of time—each of these aspects can manifest itself in a myriad of ways. Even the wheel, therefore, will have its limitations; if we hoped to truly capture the autistic experience, it would need literally hundreds of segments placed around it.

Obviously, trying to visualize the entire autism spectrum in this way would eventually be too impractical. With autism, we eventually must understand that meeting one man, woman or child with autism means we’ve met one man, woman or child with autism; nothing less or more. This explains inherent problems with media depictions of autism as well. The need to study autistic populations can (and has) led to improvements in depicting the unique challenges and ways autism adds to society, for better or worse. In spite of this, any attempts at depiction, from Rain Man to Temple Grandin to Sheldon Cooper to Sam Gardner, have to be understood as depicting one and only one individual with autism. Otherwise, those in charge of producing viable depictions of autism, from news to movies and TV to novels to video games, find themselves criticized for denigrating and stereotyping those with autism, regardless of the effort they make to do justice to neurodivergency.

The wheel depiction would in essence show that I, along with others easily designated as “high functioning,” would have difficulty adapting to social situations, understanding how to carve out viable careers and just figuring out life in general. Even in my case, though, the wheel depiction would not be adequate by itself, particularly when it comes to explaining why my uphill battles were unique when support structures I was used to ceased to exist. There will inherently be a need to supplement the wheel with individualistic analysis of autism and to approach existing stories of autism—the successes, crises, setbacks and triumphs—with an understanding of their limits.