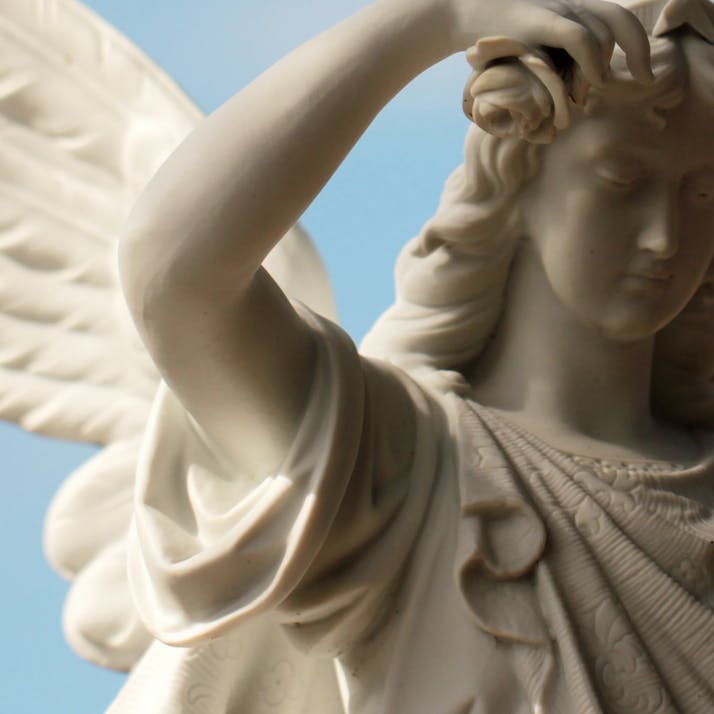 When My Mom Passed Away, the Little Things Helped Me Through the Grief

A British woman explains how bunnies, friends and caramels made her feel more whole again.

There’s an interview with the late poet Seamus Heaney where he describes the subtle but stark difference between hope and optimism. Optimism, he says, is the assured belief that it’s all going to be okay. Hope is the belief that something is worth working for and sticking at. It’s transcendental, he says. For hope to manifest, a hardship must be endured.

Kindness, in its unfettered form, is similar in this respect. Tough and durable, most visible in sorrow, kindness requires other people to act upon it. It comes in many different forms. It’s not merely being amicable, although this is surely a side effect, the way paying attention is a side effect of love. There is practical kindness, helping physically, and there is tough kindness, pushing to do the thing you need done but are most definitely avoiding. There is also the tricky beast that is the kindness of letting go, and the kindness of pulling close, even when being pushed in the opposite direction. Kindness is acted upon you like a great blanket thrown over your shoulders.

When I was small I saw “kindness” as a cheap word, interchangeable with dull descriptors like “nice” or “pleasant.” I chased more impressive adjectives like “intelligent” or “ambitious,” or the less-achievable “beautiful,” that I could pin to my lapel. My mum always took the time to remind me that I was preoccupied with a fool’s errand.

“All that matters is your kindness,” she would tell me anytime I was faced with the prospect of unprecedented failure. “The world is not a kind place, and it will not thank you for your kindness, but someone might. Plenty of people are successful, and you can be too, but you should strive to be a good person.” Of course, I didn’t listen. I wanted to be good at things.

“”
For hope to manifest, a hardship must be endured.

How Other People’s Kindness Changed Me

When my mum got sick, I realized kindness was actually quite a difficult measure. It meant donating time and headspace, learning how to pack the shopping bags so the bananas didn’t end up pulped. I gave up my first years of being an adult, and with it the privilege to dabble in petty problems of my own making. Every minute spent on my own whims was a minute wasted in a steady downward count. I learned how people could be unkind in the way they misunderstood this—how a nice date with a nice boy could turn into a mean boy spreading rumors around campus just because I didn’t answer his text. I learned how to hold my quick tongue, how to listen to other people’s woes and pile them against mine with equal weight. I learned how to distract myself, how to bury myself under books and talk about nothing of much importance. Then, suddenly, there were no more numbers to count down, and I was released into the cool expanse of the rest of my own life.

I have nothing new to say on grief or the wide gaping hole it left in my torso. The oddity of it all was how stringently okay the passing days were. Mum died in March, and the heavy light lifted as the summer months rolled out like an ill-timed welcome wagon. My younger sisters and I floated through a warming world and barely saw the calendar flip from March to April to May.

Looking back on it now, the small acts of good were the ones that dragged me through: a cooked dinner left on the doorstep, a professor buying me a coffee whilst I struggled to finish a year of now vastly uninteresting study. I visited an aquarium with a new friend and went to a dorm room and danced in my socks to battered, old vinyl records. There was a sunny comfort, and a presumed free pass for my low energy and solemn lack of enthusiasm.

But after a little while, everyone resumed regular programming. Those grieving should never begrudge those who are not, and their easy slip back into normal life. Pretending to be like them was easier. “How are you doing?” people would ask in their hushed, serious voices. My answers were veils: “I’m great. I’m actually doing so well.” I didn’t even know I was lying.

If you ignore grief, it will eat you alive and make you mistake each woe for something fatal. The next act of kindness I experienced was a gentle nudge to talk to somebody. The one after that was a car driven to A&E, and the three friends who sat by my side as I hyperventilated into a paper McDonald’s bag. There were invitations into homes, house keys offered up by parents of friends, enveloping arms, my father’s voice coming down the phone telling me that I needed to wise up.

The last act was not kind in execution, but it was in theory. There was bruteness as well: friends who kept their distance and those who picked at my newfound shallow pleasures in favor of despair. There was the confusing act of kissing, which was a kindness because it was new and kept the little churning wheel of my life in motion. What I’m saying is, kindness came in many forms, and at the time some of them didn’t feel kind.

“”
If you ignore grief, it will eat you alive and make you mistake each woe for something fatal.

The Quest for the Caramac

The February after mum died, I house-sat for a family friend while they were on holiday. It was my job to sit for a week in their lovely, old house and look after their dozen pet rabbits. I would feed them chopped vegetables and apple vinegar water, and if I got sad, I could climb into the hutch and kneel as they ate whole apples from my hand. One evening while I was there I invited some friends to visit. We sat in the living room, fire burning in the hearth and did nothing. I felt the stony walls of my heart begin to thaw in the flicker of the peat fire. They all stayed the night, and all skipped the first class of the following day to snooze on the living room sofas.

Then there was the night of the quest. Sitting up on the balcony of a dorm, I took a hankering for a Caramac. Caramacs, for those who do not know, are caramel-flavored candy bars that debuted in the U.K. in 1959. They aren’t particularly good, but they have such a specific flavor that the craving for one can’t be satiated by anything else. After voicing my desire, three of us bundled into my car. It was still wintery outside, and we were all wearing fleecy pajamas under our coats, thinking the outing would be a short one. We drove to the corner shop, and to our great disappointment, Caramacs were out of stock. Then we drove to a 24-hour supermarket, also to no avail. We had conversations with shop managers who shared their own preference for the odd snack. “Oh, Caramacs! I haven’t thought about those for years,” and “Now there’s a request you don’t hear often—if you find them let me know where they are”.

Not quite defeated, but definitely a little cold, we pulled into a gas station on the way back home. The owner was just locking up, but at the sight of the three of us, he sighed and switched the shop light back on. (Another kindness!) We pushed through the door, thanking him for his time, and within seconds spied the red-and-yellow packaging we were seeking. Back at the dorm, we brewed a pot of tea and settled back down on the balcony, still wearing our coats.

The Caramacs were gloriously underwhelming, as expected. It became our little tale though: the quest for the Caramac. It was simple and became funnier every time we told it. Caramacs became a tradition, and a way to mark time. When the end of the semester came, and it was time to move back home, our parting gifts were wrapped in red-and-yellow wrappers. When I applied for my second degree and got in, my acceptance was rewarded the same way.

Throughout this time I visited a therapist once a week, and then fortnightly, and then once a month. I was able to tell her about a house full of bunnies, an unprompted sleepover, a nighttime pajama adventure. She would sit and listen to how I began to wear glitter for makeup, and how I was reading again, and how I was cooking again and writing again.