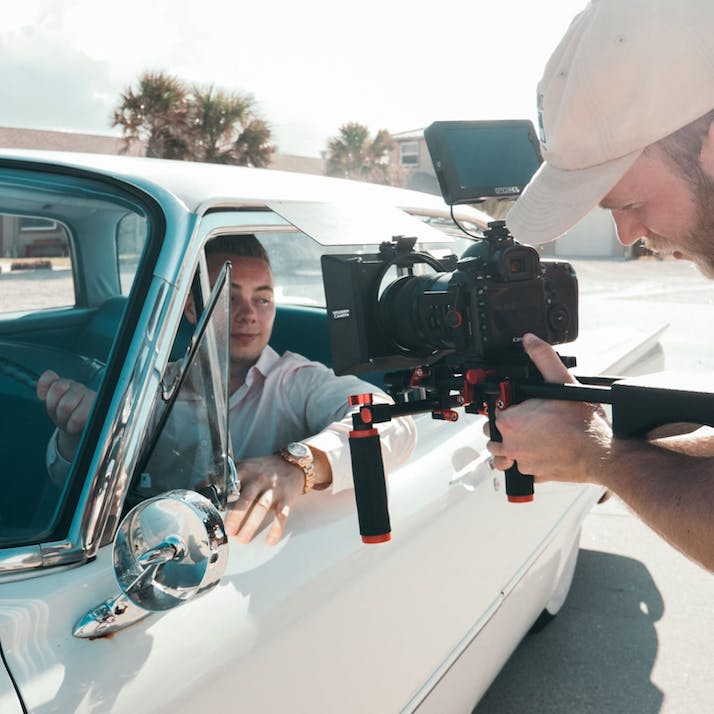 Is Method Acting an Excuse to Be an Asshole?

Throughout my time working in Hollywood, I've seen heinous behavior from Hollywood stars. There's no excuse for it.

"If Jessica Lange were on set and people were talking, someone would be shot."
– American Horror Story set, Season 10, Behind the Scenes

Marlon Brando, Angelina Jolie, Heath Ledger, Christian Bale, Charlize Theron and Jodie Foster are several actors who've claimed to use the Method while portraying roles that all have gone down in history as some of the most iconic of their lives.

The Method, otherwise known as "method acting," was created in the early 1900s by Konstantin Stanislavski. It's a technique of acting in which an actor aspires to have complete emotional identification with a part—sometimes to extreme levels. As a result, actors have often complained about having to gain weight, isolate themselves, lose weight, wear prosthetics, utilize fat suits, live on the streets, spend hours at dance and music rehearsals and endure rigorous therapy. You get the picture.

But what happens when they're on set? When they're actually around other people?

I've worked in Hollywood for a handful of years. I've pivoted from director to producer to supporting actor to background actor to production assistant, the bottom of the barrel. I have also worked with some of the most elite actors in the business: Tom Cruise, Ben Affleck and Jennifer Garner. You name them, I've probably worked beside them, for them or gotten them toilet paper so they could wipe their shitty, entitled asses.

Rarely are any of them gracious, kind or generous. And whether it's their Method or not, I've noticed their attitudes always mirror the role they are playing, which is usually a bipolar lunatic.

“”
It was also announced prior to Maverick's arrival that no one over 5-foot-7 could go near Tom, since he's a short king himself.

Shall we gossip about Mr. Mission: Impossible, Tom Cruise, for a handful of paragraphs?

I worked as a background actor on Top Gun: Maverick, which is being released this spring. After prepping for a Pentagon scene that took place in a bunker, a crew of about 300-plus people (actors, set crew, security) and I waited around the movie set for hours while Cruise was running late. This was painfully usual. It didn’t matter if we had anything to do—a family to go home to, another job, a doctor's appointment, another gig, a friend in the hospital. When he finally pranced in, we all had to refer to him as "Maverick"—not Tom—and could only look him in the eyes when instructed by the assistant director.

It was also announced prior to "Maverick's" arrival that no one over 5-foot-7 could go near Tom, since he's a short king himself. In his platform boots, we filmed a strenuous, drawn-out scene, and then we witnessed him berate a background actor for not looking at him when the assistant director told them to.

"That person isn't looking at me! HE'S NOT LOOKING AT ME!" Cruise screamed. I peered over to my colleague I was paired with for the scene to see her aghast, too.

How can anyone keep information straight when they're instructed to "not look at him, then look at him, then don't look at him"? All of us had been huddled up in a basement hallway for what seemed like an eternity. There was no water or food anywhere, so people were hangry and thirsty, not to mention perpetually annoyed with Cruise’s late arrival.

After the verbal attack, he stormed off set to come back cheerful and happy 30 minutes later, probably having gotten himself a snack in his swanky trailer that's shaped like a small dick.

I checked in with a friend who was working with the crew. They told me that everything they were doing was for the sake of Tom's character. Is it Tom's character or his supersized ego with a side of small fries?

Clive Owen Stopped Production to Voice His Displeasure With Me

I also worked on numerous Ryan Murphy productions, including one called Impeachment: American Crime Story, about the Bill Clinton and Monica Lewinsky scandal. I worked closely with all the A-list actors on this production and, for the most part, I was treated well. But there was a day when we were doing a reshoot (when the director doesn't get the scene shot properly the first time, so they try it again months later), and the horror queen Ryan Murphy himself was on set, which is rare, from my experience.

I was portraying one of the president's assistants for a scene in which Monica Lewinsky (Beanie Feldstein) shows her G-string to Bill Clinton (Clive Owen). My role was to show Mr. Blow Job a document while he eye harasses this 20-something intern as she's doing a peep show in the Oval Office.

Clive stayed in character as Bill through the entire shoot and rarely talked to anyone, especially someone like me. I was a nobody to him, and so was everyone else in his vicinity. I had no direction about what my character should do in the scene—I was just given a quick synopsis of where my marks were and the timing to land them. After a take, I must have done something wrong, or wasn't standing in the proper place (which is rarely the case), because instead of just telling me, Clive stopped production, got the director and had a private conversation. Then, the director came to scold me for what I was doing wrong.

I used to fantasize about kissing Clive Owen, with his sexy accent and full head of hair; now I wanted to stab him with my prop pen. How was I supposed to know what I was doing wrong when no one even told me how to do it in the first place? And why the fuck couldn't Clive Owen just tell me? It's just Method, right? I guess pervert Bill would have done the same thing: told some other assistant to tell me that I was fucking up because my foot needed to be an inch to the right. Then, he'd ask me kindly to get on my knees as he jizzed on the front of my dress.

“”
Where is the responsibility from actors when they are leading the pack and torturing people with their bad behavior—and then blaming it on the role?

Method Actors Flaunt Their Power, and Nobody Holds Them Accountable

Is it impossible to remove yourself from a character while you're portraying them? I'm sure most actors will say no, but I think there is something deeper happening here that I've observed while working in Hollywood: Nobody is ever happy.

Actors use the Method—almost always when playing an antagonist—as an excuse to treat everyone around them like utter trash. They're getting paid millions of dollars; meanwhile, the other 300-plus people around them receive minimum wage, aren't fed properly and work in the rain or middle of the desert in 110-degree heat, unsure of when they can go home to their families.

In a corporate job, if someone said that a person "would be shot" for talking around Jessica Lange on set, I'm pretty sure that individual would be fired, or at least have to be reprimanded and apologize for saying such a heinous comment. Where is the responsibility from actors when they are leading the pack and torturing people with their bad behavior—and then blaming it on the role?

These actors, stars and celebrities have everything. They don't worry about how they're going to pay their phone bill or how scary it is that the price of groceries and gas is skyrocketing in this economy. They don't worry about people liking them because when they're at work, they're allowed to act however they want and say whatever they like—all for the sake of the role.

Method acting in Hollywood is mental torture. Actors do it because no one holds them accountable, and since they want for nothing, they grasp onto power: power over the weak, the isolated and the vulnerable. Will this ever change? Probably not. From the scope I see, it seems the rich and powerful are gaining more while we deplete slowly into the distance. I guess my next big decision is whether I stay in Hollywood or go back to a nine to five. Choices, choices.