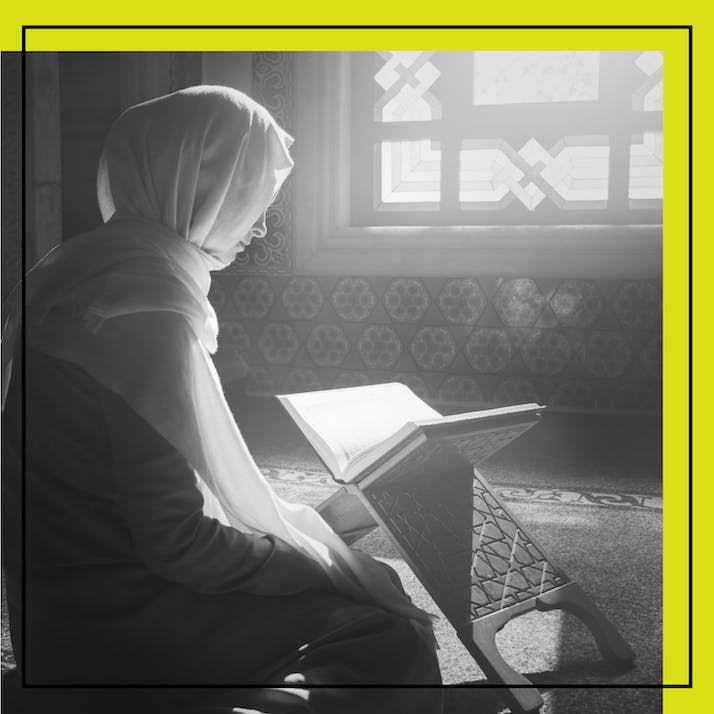 My Mental Health Struggles Made Me Feel Like A Bad Muslim

As a preteen, I was never able to heal my anxiety and overthinking by praying to Allah.

As a young girl, I would spend ages in sajdah (prostration) on the prayer mat, crying and asking Allah why I felt so different from the world around me. To a young, preteen me, it didn’t make sense that everyone around me was wrong. So, in the black-and-white way that I thought, that only meant that I was the one who was wrong. That it was my thoughts that didn’t make sense to anyone else and that I had to fix them. But trying to analyze my own thoughts would lead me down a rabbit hole of overthinking and feeling even worse about myself.

I’ve struggled with anxiety and overthinking for years, but it’s only recently that I’ve come to realize that because for so long I never had a name for it. My own lack of understanding also meant that I didn’t know how to explain my feelings to anyone around me, even if I so badly wanted someone to share in my struggle. But one thing I had always been taught growing up as a Muslim was that you’re never alone, because even when everyone in the world leaves, you always have Allah to turn to. And so that’s what I did.

“”
I grew up amidst a general belief that mental illnesses were taboo to talk about.

I won’t pretend I’m the best Muslim or the most consistent at praying, but I do feel a strong sense of connection to God and Islam, and I really do love my religion. I would pray constantly to God to help me make sense of how I was feeling. I also became more receptive to conversations around me at dinner parties and gatherings that would often discuss how mental health issues were more prevalent in the “West” because they were removed from religion, and how, as Muslims, our faith was strong enough to overcome that. Although prayers made me feel good about doing the right thing as a Muslim, I didn’t feel that meditative peace that I was told I was meant to feel, and that scared me.

I grew up amidst a general belief that mental illnesses were taboo to talk about—that they were just a general sign of being weak of faith. After all, how could Muslims struggle with mental health when they had God to turn to, when they subscribed to the belief that everything happened for a reason? So, even when I had no words to describe what I was feeling, I recognized how people around me felt and knew that I couldn’t talk about it. With no one to turn to, I began to put too much pressure on my prayers to fix it, not realizing that the very idea of a “quick fix” to mental health was far more damaging than it was helpful.

When things refused to get better, my staunch beliefs didn’t allow me to blame my prayers, so I blamed myself. Clearly, I was a bad Muslim for not being able to find relief through my religion, and it created a very confusing and yet highly dependent relationship between me and my religious acts. I would force myself to try and act more religious and then feel worse about myself. This was often interspersed with periods of feeling completely removed from my prayers and any other religious practice. Even when I did carry them out, I felt like I was just going through the motions. I just couldn’t figure out how to get it right.

“”
I just couldn’t figure out how to get it right.

Things have changed a lot since those early years when I struggled to put my feelings into words. Therapy and research, and no longer running away from my own thoughts, have allowed me to understand what I’ve been feeling for so long and to find out what I need to get better. It’s not prayer. But that doesn’t mean I don’t pray anymore. In fact, I still feel quite guilty when I don’t and I’m actively trying to feel more connected to my faith.

But finally coming out from the pressure of only feeling like a good Muslim at the behest of my mental health has made things infinitely better. I know I’m not the only one who has felt alienated because of community perceptions around mental health, and while it’s easier to talk to my parents about my struggles now, most people outside my family would still tell me to pray if I told them I wasn’t feeling too great. I know that prayers do work for some people, but I can speak from experience when I say that pushing them as a universal solution does more harm than good.

After years of feeling shunned and alone, my immediate reaction to conversations about mental health in public is to assume that someone will judge me for being a bad Muslim. As far as I have come, there are still times when a random comment will push me into a spiral of self-doubt once again. The one thing I wish all of us could understand is that, for someone who lives in a world of self-doubt, relationships with faith and spirituality are more fragile than most. In my world, identities are so greatly shaped by those relationships, and fixing the damage caused to them can take a lifetime.