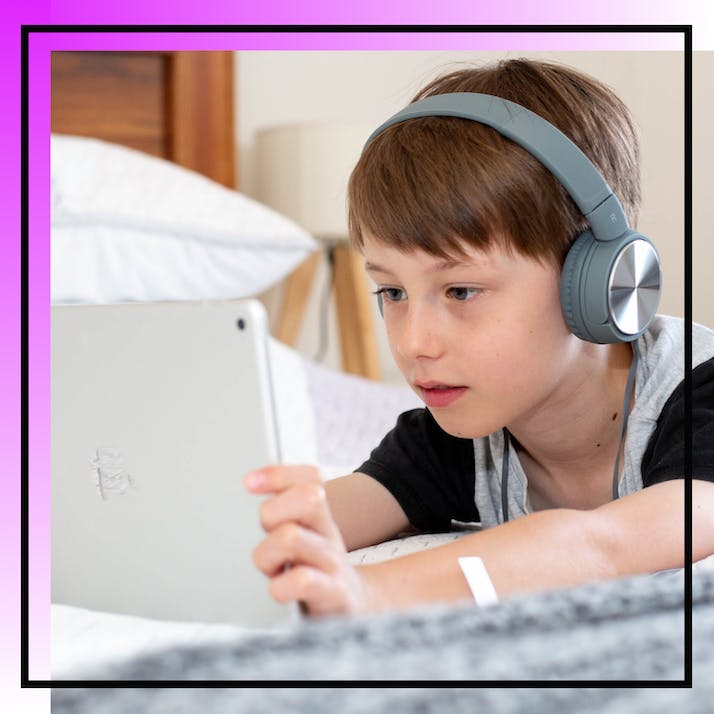 The Media Shapes Us, Even When We Don’t Realize It

My introduction to politics—and the power of the media—happened through an '80s magazine cover.

I remember when I first learned who John Anderson was.

I was 8 years old and waiting in a doctor’s office. That was something I did way too often because I had asthma and allergies and generally didn’t work right. I was bored, and so I picked up whatever was there, which in this case was Newsweek.

In either case, the cover was an editorial cartoon either predicting or autopsying the 1980 election results. It showed the candidates on a racetrack—an incredibly hoary cliche which I thought was kind of nifty because I was 8 and everything’s new when you’re 8. There they were: Ronald Reagan, his enormous, wrinkly face attached to a spindly, tiny runner’s body, breaking the tape first. Carter, giant, earnest brow furrowed, ran along behind him. And way back in the distance, the man himself: John Anderson.

“”
I looked most of that up on Wikipedia.

Decades Later, I Can Still Picture That Political Cartoon

Most people don’t remember John Anderson at all, and who can blame them?

He was a moderate Republican Illinois congressman who criticized Nixon and the Vietnam War and wanted to raise gas taxes and slash Social Security. He got thumped in the 1980 Republican primary trying to oppose the GOP’s hard right turn into the Reagan juggernaut. Then, he ran as an independent and got thumped in the general too. He received 6.6 percent of the vote. If his campaign did anything at all, it probably just solidified Reagan’s dominance and put the final bullet in the head of the vaguely non-rabid Rockefeller Republicanism that Anderson was trying to promote.

I looked most of that up on Wikipedia. But even if I didn’t know the John Anderson details by heart, I’ve known the general outline for more than 40 years. Per that Newsweek cover, John Anderson was a bland centrist Republican white-haired guy with big glasses who was more of a losing loser in 1980 than even Jimmy Carter. Which is saying something.

It’s tempting to make my lifelong love affair—or, you know, lifelong mild acquaintance—with John Anderson into an origin story. There I was, an asthmatic kid trying to distract myself, and politics came running at me out of Newsweek. Cartoon John Anderson’s clumsy stumble down the cartoon track carried me along to an adulthood of reading political science books for fun, staying up to all hours feverishly following election analysis on Twitter and writing freelance political columns begging the American people not to embrace fascism…oh, fuck, too late.

I don’t think I can really claim to have been pulled along in Anderson’s wheezing, futile wake, though. Finding that cover wasn’t some watershed moment in my awakening political consciousness, which led inevitably to my byline on analyses of congressional dysfunction in moderately well-known publications 40 years later. It was just a brain blip that has irritatingly and pointlessly echoed in my head from childhood to youth to exasperated middle age. John Anderson wanted to run the country and, instead, he ran into some weird fold in my mind, where he stumbles around still, a symbol of shortness of breath, or of dawning political consciousness, or of irrelevance. The fact that I remember an, in retrospect, not very memorable cover is just coincidence.

Or not exactly a coincidence, since the whole point of the cover was to be remembered. The media is in the business of capturing your attention, after all. I’ve had editors assign stories based on SEO trending topics. At least one editor told me they were going to write a headline that made my essay feel more controversial and clickable (and more likely to drive people to yell at me). People talk about left and right media bias, but the real pervasive bias is the desire to get in your head and make you think about whatever it is the media is talking about right that instant.

That sounds transitory and shallow. And it is! But human consciousness is as much a function of the transitory and shallow as of the permanent and meaningful. The media’s job is to report and inform. But its job is also to capture your eye in the doctor’s office and connect you to a collective experience. The news doesn’t just tell you what’s happening. It tells you that these events over here, running at you out of the magazine, are happening to you.

You expect the news to happen to you when it’s big enough. I can still see the bland office in which I heard about 9/11, for example, just like most people remember where they were when the planes hit. And you expect random personal details to be important to you or stay with you through time. Like the rug at some relatives’ which I was lying on during an asthma attack, the fuzz brushing my cheek, while somewhere above, adults murmured, a distant counterpoint of worry to my wheezing.

The disconnect is when the personal and the political get mixed up, so you’re not sure which is you and which is the world. Did that cover cartoon even exist? I don’t know that I could have made up the details—the sweatbands around Reagan and Carter’s giant heads, for example, or John Anderson himself back there in the cartoon dust of obscurity. But my online searches for the image have been futile. If Newsweek had a cartoon presidential footrace cover back in November of 1980, it hasn’t been digitized in a way that search engines can turn it up.

The media is an institution. The media is people who report on current events, like me, at least sometimes. And the media is broadcasts, newspapers, magazine covers, internet bytes. But the media is also us. Not profoundly us, but us in the way that what you ate last night or saw on television while flipping channels is you. I breathe and look deep inside myself, and John Anderson looks back for some reason, or no reason. The media in the form of a presidential footnote has corrupted me. And you too, now.