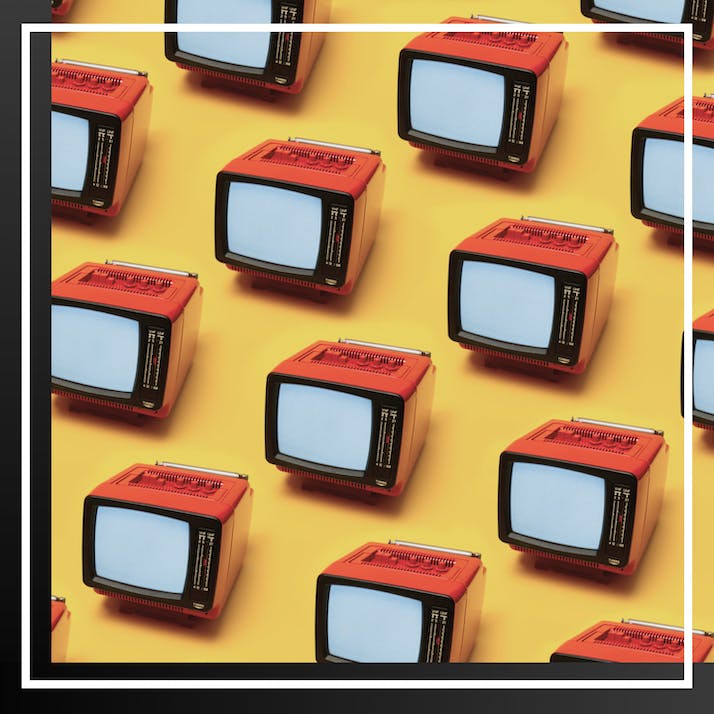 Mass Media Has Failed Us All

I thought TV news could speak truth to power—until I watched the BBC cave right in front of my eyes.

As I sit down to write this mythology of the media, I’m reminded by a book that lies open on my coffee table about the inherent necessity of good journalism and brilliant thinkers. As I lift my gaze, there sits the TV in the corner of my perfectly charmless place. The TV all too often exemplifies everything that has gone wrong with journalism. The Fourth Estate, for so long a vital pivot point of democracies, now seems bereft of balance and measure—often, it seems, bereft also of truth. It is a breath of fresh air when an editor or publication, such as The Doe, provides a space in which to continue asking difficult questions, to explore alternative narratives and burst the bubble of the echo chamber.

I’ve drifted in and out of the media as a musician, a subject of reporting and a researcher for most of my life. For a decade in academia as a student and tutor, the gold standard for acceptable references was the BBC. Journalists, or at least the best of them, asked tough questions, exposed injustice and, in my experience, remained politically neutral for the most part. Even if feigned, integrity is infectious. At least that’s what I believed until one day in 1997.

“”
I believed, perhaps naively, in the possibility of the media.

I Believed in the Power of Big News

I’d recently finished working on an investigation into the death of a friend of mine, a man called Dennis Stevens. The tragic and needless death of another Black man in custody was explored in detail, experts were interviewed and resources to carry out all these tasks were granted courtesy of the BBC, specifically what was then known as the Community Programme Unit.

The CPU, as we called it, was a team within the then BBC news HQ in Shepherd’s Bush, London. Its focus was matters of social justice, equality and public interest. It was a team dedicated to providing voices and research resources and support to Joe and Jane Public. I was involved in two series, Prison Weekly and Private Investigations. It was very much about stimulating discussion and promoting awareness of people and places that often attract little empathy. Private Investigations was exclusively about giving voice to folks like the residents scammed by a local authority. We looked for stories by advertising in magazines of the day, asking people to contact us if they had an issue that warranted an investigation. It was a great idea, a great use of public resources (the BBC being publicly funded) and to this day, I can only see it as a tragedy that it was wound down. In many ways, we were doing at the CPU what contemporary independent and citizen journalists are doing on social media platforms today.

Working with the CPU, I had been deeply impressed by the producers and journalistic staff and had been given free rein to ask questions about deaths in custody, the coronial court system, prison officers, control and restraint techniques and institutional racism. I believed, perhaps naively, in the possibility of the media, TV specifically, to realize the promise of the Fourth Estate.

In a documentary I was working on after the Dennis Stevens case, we were looking at a case of property fraud. A local authority in London had been selling off social housing apartments while providing the buyers with falsified surveys. Basically, the council had sold off council properties that they knew were structurally unsound and would require more than the purchase price in repairs to be made safe. It was a great example of the BBC identifying a local story of national consequence and public interest. I felt angry for the elderly couples who had fulfilled the dream of homeownership, only to be ripped off and left facing bankruptcy and homelessness. It was a powerful and necessary inquiry into criminal behavior by local politicians and their civil servants. I don’t believe a documentary could be made in the same way today, 20-odd years later. And I believe I know why.

As we worked day to day on the content of this particular documentary, the national conversation was coming to a head. A febrile, bitter political campaign had seen the birth of a new political superstar. A new kind of left emerged for what Francis Fukuyama famously described as “the end of history.” Neoliberalism was the new orthodoxy accepted by the leadership of both main political parties. Tony Blair and the rebranded New Labour Party appeared to offer us in the U.K. an Obama-like shot of blind hope. I was a believer, blinded by my personal hatred of Margaret Thatcher and the Tories—I would’ve voted for Screaming Lord Sutch just to give the Tories a bloody nose. Politics don’t seem to have changed much, but I have, and so it seems has the BBC.

I Got My Hopes Up—Then Had Them Crushed

During the many hustings and events in the run-up to the 1997 general election, we had sourced interview material with the then-Shadow Minister for Housing, a likable chap called Nick Raynsford. Probably high on his own supply of political stimulation, he made a firm commitment to look into the council housing fraud scam should Labour (called New Labour at the time) be elected to office. Perhaps he didn’t believe they would topple an incumbent Tory government.

At the BBC water coolers and coffee machines, where the real shit gets done, it was obvious that the Community Programme Unit was staffed by Labour Party supporters. Some of the senior production staff had even been in uni with “Tony” or “Peter” or “Alistair.” OK, that’s cool, no problems there then. Surely professionals would be just that: professionals.

The morning after Tony Blair’s lap of honor around Downing Street, my girlfriend, a Luxembourger, found me watching the BBC news in tears. The sheer unexpurgated joy of that election victory still rings in my heart and ears. She smiled but didn’t quite get it. It felt magnificent and, I’m guessing for my American counterparts, something like it felt stateside when Obama was elected—a feeling that things could and would be done differently.

I got to the BBC around 11 a.m. and somehow ended up in a brief meeting with one of the department heads. She had in her hand a handwritten fax from Westminster. We’d put in a message the day before reminding Nick Raynsford of his commitment to sorting out the council housing fraud uncovered in a London borough.

“Nick’s being moved to a different portfolio, and please can you give us a break on this one?”

Call me naive or stupid, but I thought that Blair’s government were going to be different, more transparent, more responsive to localized issues. How wrong was I? Within a year, the Community Programme Unit was closed down.

“”
I kick myself these days for believing that we actually lived in a socially just and inclusive society with the BBC acting as some kind of apolitical ethics committee.

My god, I kick myself these days for believing that we actually lived in a socially just and inclusive society with the BBC acting as some kind of apolitical ethics committee. As Johnny Rotten sneered as he walked away from the Sex Pistols in 1978, “Ever get the feelin’ you’ve been cheated?” I know I did.

The moment it went down, I knew the compromises I’d made to curb my excessive behaviors, to be a participating, activated citizen. Christ, I’d even started being pleasant to people I didn’t even like! If I could change, then surely politics could?

The BBC did air the documentary as a two-part, 10-minute package, but there was no follow-up or promotion, and Nick Raynsford wasn’t ever asked a question about the promise he had made to Labour voters to look specifically at dodgy local authority property deals and scams.

It may seem to some like a seemingly insignificant decision, but a BBC producer burying a story of public interest at the request of a political operative is something that should bother us all. It is the alternative media outlets that have emerged in recent years that seem now to offer a selection of flavors no longer palatable to the controllers of TV channels or the broadsheets. There’s always hope.

When it works well with honesty, integrity and professionalism, the Fourth Estate is a jewel in the crown of democracy. The Founding Fathers understood this and constructed a Constitution around which freedom of speech and the press were fundamental to the machinations of a healthy democracy.

I am truly heartened by newer outlets and the advent of the citizen journalist. Armed with a trusty mobile phone and a desire to understand events, Jane Public is now the creator of the most interesting and well-researched narratives. So rifle your drawers and dig out your own memories—everyone has stories of interest, and wrapped up in those stories of human experience are always kernels of truth and love and justice. If, like me, you’ve felt cheated, act on it. Write about it. Get involved. As the saying goes, all it takes for evil to flourish is for good people to do nothing.