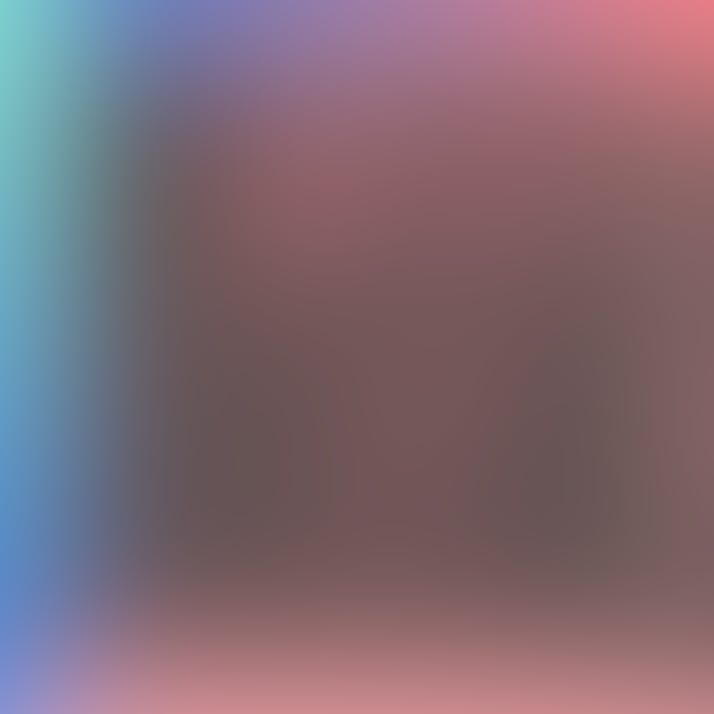 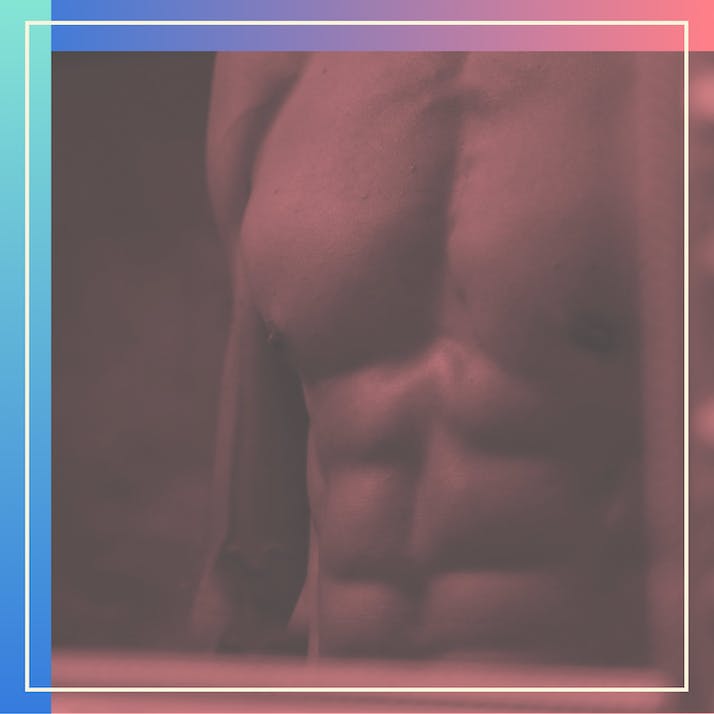 I'm Embracing My Femininity in a Masc4Masc World

Desire is complicated when you don't want to fit the gender binary.

I hop in the car, tear off my sweater and slide the window down, letting in the fresh Florida air. The cab drives us away from Miami International Airport and I’m greeted by the driver in a thick Spanish accent. He’s a giant of a man, filling up his entire seat. A tribal tattoo straddles his heaving bicep. A huge hand with two gold rings grips the steering wheel. His mouth is hidden behind a mask. Masks are like underwear now, concealing my favorite part of a man’s face: his lips.

I greet him back and he looks at me in the rearview mirror, sitting in the backseat with my dark, curly hair hidden beneath a bucket hat, wearing a tight, thin-strap tank, with accents of gold adorning my ears and neck. He looks away quickly and drives in silence for the rest of our 20-minute ride. Is he repulsed by me, or afraid that he’s not?

Later, the tropical sun beats down my neck as I trail along South Beach. I make eyes with a chiseled jogger in tiny purple shorts. In his round eyes and raspberry lips, I see the teenage boys I once knew. Not the white boys who danced around me in the locker room like rabid baboons chanting "faggot," but the Black, Latino and mixed boys I met during quinceañera practices. The boys I taught how to dance, and in doing so, raised their stock with the girls.

They didn’t avoid me the way grown men did, or look at me with deficiency like my peers. Instead, they warmed to me, offering me respect and a vague sense of protection. I saw another side of masculinity, one that wasn’t tyrannical. After the quinces ended, I fantasized for years about the men they would become. I look for them in the men I’m intimate with. They must all have this compassion living inside of them, I thought. It’s just a matter of finding how it’s triggered and seducing it.

“”
Usually, the sex is rough and empty.

I first saw the power of seduction as a child at Mami’s side during our errands. As a young, curvaceous woman with long, dark curls, Mami stopped men in their tracks. They would open doors for her, give her discounts at the register, offer to help with her bags as if I wasn’t there. Her playfully flirtatious nature and girlish laugh got her out of more than a few speeding tickets. I saw the world blossom for her. I thought if I carried myself the way Mami did, then the world would open up for me too.

In Miami, all my dating app engagements confirm “no fems.” Some guys will suggest that I not wear earrings or wear masculine clothing. That doesn’t work for me. In adulthood I’ve enjoyed cultivating a feminine atmosphere: form-fitting tops, floral body oils and a physique I maintain through dancing. The desired effect: to feel pleasure just by having it sit across from me.

The reactions from men are mixed. Back in New York, I’m met with a bit more grace. I feel much freer in expression, and more desirable, even if the man hiding behind a faceless Grindr profile considers himself straight. I’ve played the game of cat and mouse in the past, being the passive mouse who strips away the feminine, takes off all my jewelry, “butch up” my clothing and is happy to consider men a shiny piece of cheese. Usually, the sex is rough and empty.

I’m most comfortable playing the cat. I command their attention without demanding it. I question no part of myself especially if I’ve invited you into my home; you’ll take me as I come with the promise of satisfaction. One six-foot-two Georgian man from Tinder meets my warm, wistful demeanor with confusion, trying to convince manhood into me by wrestling. I meet him back with force, grabbing him by the shirt and pulling his lips to mine. His muscles relax as he eased into me before finally surrendering—the sex that followed felt deserved.

Months go by before he reaches out again, this time coming over with chocolates—something he’s never done before. He embraces me and we very quickly make our way to bed, with him having me in every position I knew of, and some I didn’t. The Georgian claims to come for sex, but stays much longer for pillow-talk.

He doesn’t have to say he missed me for me to feel it. As I rest on his chest, he vents to me about a jealous friend, tells me a bit about Georgian history and, as he’s done in the past, brings up the conversation of gender, as if I’m the American authority on the subject.

I taught him about the concept of androgyny, a word he’d never heard before. He asks if I would grow out my beard, I keep from telling him I get it lasered. He mentions he’s not been in love before but wants to marry a woman to procreate. “If daddy ever needs a babysitter, you know who to call,” I joke. He swats my cheek with a smile and kisses me. We have sex again. Each time he’s persistent in making sure all the curtains and doors are closed.

Men Fear Femininity, but They Also Desire It

One night a torsoed profile reaches out. After exchanging photos I realize his profile reads “masc4masc.” Disappointed but stern, I tell him that I don’t regulate myself on the basis of masculinity, so best of luck. He insists on coming anyway. When he gets to my apartment I’m lounging in baggy, hip-hugging sweatpants and a tight tank top, freshly bathed, my skin slathered in coconut oil. I feel untouchable.

We kiss again, only this time without pretense. So I lay him down and start riding slow, then fast, and on again. After climaxing, we lay side by side, looking up at my ceiling, and to my surprise he initiates pillow-talk. He goes from gym talk to him admitting he’d never been in love before. He grows silent but looks like he has more to say. As he dresses I ask for his number, he tells me he doesn’t do that.

Sliding my underwear on, I give him a quick hug before letting him out. It would be nice to see him again but the chances are unlikely. Oh well. As I look in the mirror to wash my face, I find all my jewelry intact and my lips swollen from kissing. I make a bowl of cereal, light incense and sleep like a kitten that night.