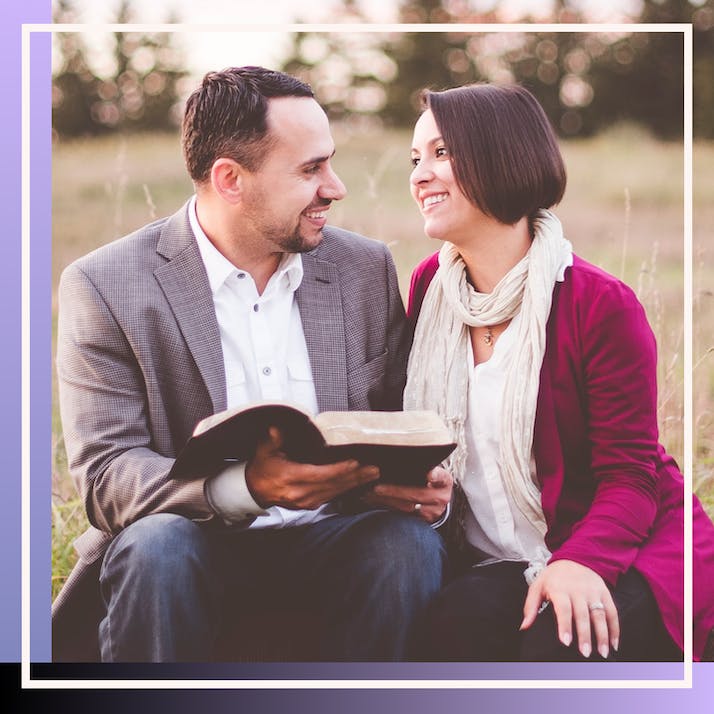 I'm Married to a Former Pastor: Is God Dead?

I’ve learned through my wife, my friends and strangers that listening is the only way to quell the divisive language surrounding different faiths.

At the risk of sounding like a complete poser, I believe it’s fitting to start an article about the current state of religion with the infamous quote from Friedrich Nietzsche: “God is dead. God remains dead. And we have killed him.” Intentionally dramatic as the quote may be, through modern eyes, he’s got a point. Somewhere along the line, we’ve collectively thrown the baby out with the baptismal bathwater and begun eschewing religion for any number of reasons that we believe to be true and that we never think to question.

Religion is difficult to define. To me, it refers to what you believe about humanity's relationship to a higher power (or god), with our chosen religion teaching us a set of practices and guiding principles to live by, such as being kind to others, telling the truth or praying. While this sounds good in theory, we face a real issue as a global society when we confuse church, religion and faith as the same thing, a mistake that muddies our mental and existential waters.

“”
We’ve collectively thrown the baby out with the baptismal bathwater and begun eschewing religion for any number of reasons that we believe to be true and that we never think to question.

My Initial Distaste for Religion Started With My Mother

Religion has always been defined as a belief in a higher power—oftentimes labeled God with a capital G—and the practice of religion involves praying to, or worshipping, that God in a church. But my faith in religion and the established norms and practices of worshipping said God in a church is tenuous because while my faith comforts me, the very act of religious practice, whereby I need to be somewhere on a Sunday morning at a set time to have someone rebuke my day-to-day actions and proclaim eternal damnation, leaves me a little reticent. This goes a long way to explaining why God, church, religion and all the associated tropes are creating an increasingly secular Western society.

It would be all too easy to place blame on the increasing secularization of Western populations on a variety of issues: the inappropriate sexual behaviors of clergymen; the focus of many religions being ruled by an outside authority rather than self-reliance; outdated rules about same-sex marriage, condoms, etc.; and that religion, for the most part, divides people, causing ideological disharmony, conflict and war. But I believe the greatest threat to the future role of religion and faith in society is our inability and unwillingness to openly discuss, debate and deliberate on this highly contentious topic.

Case in point: My first date with my wife was the stuff of Hollywood rom-com legend. We clicked right away and spent several hours energetically chatting about our lives, our hopes and plans for the future and everything in between. However, when I brought up the topic of faith, she clammed up and became evasive, an odd response for someone who had previously been a church pastor for well over a decade.

In time, I showed her I was coming at the topic without judgment as a man of faith, albeit a faith I had, for the most part, kept hidden from my fellow man out of fear of judgment. And yes, I see the irony of penning an article on encouraging people to openly discuss their faith, or lack of, even when I hid mine for so long.

My reticence to share my faith and religious views was born kicking and screaming, much like leaving the womb, dragged into a church by my mother when I was a young teen. She wanted to let me experience religion firsthand to make up my own mind; however, her approach was inadvertently inappropriate, as she immediately inculcated my distaste in religion by forcing it upon me, as is often the case across countless cultures.

To further confound people’s willingness to find and share their story of faith and enact the truisms of their chosen religion, we still have the age-old debate that “my religion trumps your religion because [insert answer here].” I’m not sure when religion became a competition, but surely the debate is moot if we view faith and religion as individual pursuits, which have nothing to do with what other people choose to believe.

That’s why I’ve finally clambered cautiously out of my religious closet and begun speaking more freely about what I believe when invited to do so. I’ve come to accept that the majority of people I know who are Muslim, Jewish, Presbyterian, etc. are all happy and equally served by what they believe. They don’t give a rat's ass that my beliefs often run contrary to their own. To say this discovery was liberating is an understatement.

I know this because, in recent years, I became curious about the role that faith and organized religion played in the lives of people whose religion and faith are their own. People who don’t proselytize, knocking on doors and thrusting propagandistic pamphlets into the hands of unwilling passersby, but those who simply live their lives by the tenets that serve them, their families and their communities—oftentimes, in such a manner that no one is the wiser to the higher power they worship guiding the reigns.

The aphorism “what was once heresy is now commonplace” could well be applied to modern religion and the church. We now have female pastors and priests and church services that are as much rock concerts as devout moments for worship; yet even with these modernizations, we are still by and large loath to have the courage to rethink and unlearn our previous beliefs. And more so, to have the courage to speak openly about what we believe and why we choose to live in line with a widely diminished faith.

“”
They don’t give a rat's ass that my beliefs often run contrary to their own. To say this discovery was liberating is an understatement.

I’m deeply glad I met my wife and that her faith is such an important part of her life. She’s given me the courage to share my own beliefs and views with her and to dive courageously into dangerously edgy conversations with angry, ill-informed atheists who blatantly push an agenda that belittles people of faith's ideological beliefs simply because they believe otherwise. Any way you look at it, even as religion undergoes different forms of change, it still remains one of the most important social, cultural and political actors in societies around the world.

Part of the problem with the emotional discourse around religion is the societal predilection for oversimplifying the world into black or white, right or wrong. This leaves us in a predicament where anything that runs contrary to our beliefs must be wrong, and so we dig our heels in and rant, yell and rail against the “other” instead of listening. When I interviewed people about why they had committed murder or killed someone due to circumstance, I learned the skill of appreciative inquiry: the art of inquiring about another person’s beliefs and appreciating that they are as true and real to them as my own beliefs are to me.

Though our species is constructed of similar DNA, our beliefs and convictions are shaped by our culture, community and experience. But what we seem to forget is life is fluid, and we respond differently as our maturity, intellect and circumstances change. What I believed as a teenager and man in my 20s and 30s has shifted in ways now that I could never have anticipated. Where I once viewed religion as a salve for moments where I was in need or distressed, I now find myself rethinking the value of faith and religion because I have taken the time to really hear my wife’s belief in salvation and trust her faith as something that serves her and that likewise may serve me.

Maybe if we all took time to use our mouth and ears in the appropriate ratio, we could reduce the angry rhetoric, frustration and fighting and start to accept that some people believe, some don’t and some are still finding their own answers. All three options are OK.