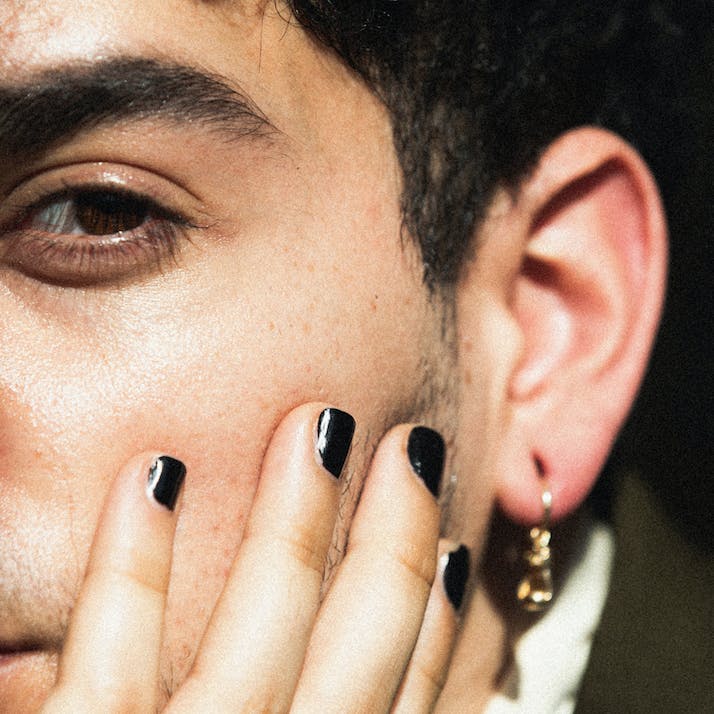 Loving My Soulmate Means Loving His Trauma, Too

A gay man reflects on his ability to absorb his partner's trauma and square it with his own.

I came out at 18, knew I was queer at seven or eight, and had my first sexual experience at 13. I didn’t find my first soulmate until I was 21. My second came at 24. Every single one of them I’ve loved—or maybe just thought I’ve loved. I had my first therapist at eight, then 13, then in college and then at 24: When I met you. I wanted to love you, but your trauma—and mine—took me to therapy.

If you’ve ever been in love, you know that the nervous system tricks you into thinking in an eternity: I want this to be perfect this time, I want him/her/they to be the one to meet my family, I want them to see where I came from, my room, my bed, the morning after.

I wanted this all for us. I just didn’t know my soulmate came with trauma, too.

“”
I just didn’t know my soulmate came with trauma, too.

His Suffering Is Now My Suffering

As I write this, I can’t help but make myself suffer at the thought of this being a goodbye letter to you. Why am I like this? I’m sitting in your apartment while you cook our dinner. There’s silence. I want the night to end early. You’ve invited me to sleep over so that we can go on a hike tomorrow. My inability to tell you how I feel isn’t letting me enjoy the meal you prepared with so much love and the ancestral gifts—given to you by your grandma. I think this is why I fell in love with you. We were both raised by our abuelitas, our grandmothers, from different parts of Northern Mexico. You were the first person I was able to talk to in poems about our motherland, without questions, because every other sentence had the other yearning to share how we lived those years of our lives.

Our first summer together arrived. If you know anyone who grew up in Los Angeles, you know the ocean is part of our upbringing. At least for the black and brown folks in the city, it’s an escape—our parents happily shepherding us to it for free entertainment: two rotisserie chickens, a watermelon and a hot ride down the 710 toward the salty coast.

So, we went to the ocean.

At the time, I decided to go back to school. I was juggling school, my underpaying job and what felt like our newly-formed-yet-eternal relationship. We were so in love. That summer, the sun and the ocean whispered, and you tumbled in between her lips. But I only watched from afar. I wasn’t sure if I’d be able to swim with you.

The weeks passed. A new therapist. A referral. The looks of pity in their eyes, the same look I had been given by seven different therapists. I’ve seen enough to know that life is a continuing readjustment to every time we are met with challenges. But, this time, I was madly in love, equally invigorated by you—yet aching at the thought of spending another minute with you. So, there I was, spilling it all out to my Latina therapist—who I searched for and found because I knew I would be able to connect with her.

I told her how I felt like you didn’t listen to me, how your quiet persona gave me anxiety, how you were selfish in wanting me to be emotionally and physically present for you—but wouldn’t give me the same energy back. I felt like I was 18 again and going through the angst of being in a selfish relationship. You triggered the abandonment issues caused by my father or the many other men who have found tenderness in me but were then were too afraid to indulge in it and walked out.

As my sessions came and went, my conversations with you seemed healthier and we began to be more open with each other.

Fall came, and we traveled to Dallas to visit your family. You decided you wanted to take me to the apartment complex where you last lived with your dad and his family. As we walked, we met little brown faces who stared at us in amazement. Their faces were decorated in dirt and sweat; hope bloomed from their eyes. The sun was the warmest that evening as you shared your experiences of being violently abused by family friends in those rooms: The way they’d grab your head and smash it against the walls or call you homophobic slurs as they insulted your feminine gestures.

We are well aware that child abuse is a major factor in adult depression, inhibiting growth in many aspects of our lives. Here I was thinking your quiet, self-centered gestures were acts of selfishness or rejection.

Rather, they were acts of self-preservation.

“”
They were acts of self-preservation.

We Can't Escape Our Childhoods

I am made of my father’s tender, worn immigrant hands. And my mother’s smile, the way she’d swallow a whole room with it. I am a balance of both but there was something about me and you that didn’t fit. You are much quieter than me. You keep to yourself in large crowds. You don’t smile unless it benefits you. I, immaturely, found this incredibly unsettling. How could you not be happy with this love? Isn’t it the greatest of revolutions our ancestors, our immigrant parents, could have never imagined? Why the silence? Why the seriousness? Why won’t you smile? I took it personally. I wanted this for 24 years of my queer life, 18 of those hidden with guilt.

In learning of your trauma, I realized that it had nothing to do with me. The years full of confusion, the alcoholism and addiction that came with it. How the violence that was inflicted on you inhibited you from allowing anyone into you. Into those parts I ached to see, because if no one else would be able to, I hoped I could.

Poverty and a lack of access to a good education, proper healthcare and a stable residence didn’t help your—or our—situations growing up. And it’s also true that LGBTQIA+ people of color are several times more vulnerable to health problems, mental or physical, than their white, affluent counterparts.

It’s about to be two years now—I am 26 years old—and the therapy sessions have ended. For now. I don’t know if summer will come again. I don’t know if this revolution, this love, will subside. I do know that I went to every one of those therapy sessions. I showed up every time I could and listened to you. I traveled south to meet your family. I wrote poems you’ll never get to read. I know I loved you and for that I am grateful. In the same way, I am thankful for your vulnerability. We are fighting this battle together, and I only hope that this unimaginable revolution of love continues to travel beyond us.

“”
I don’t know if summer will come again.