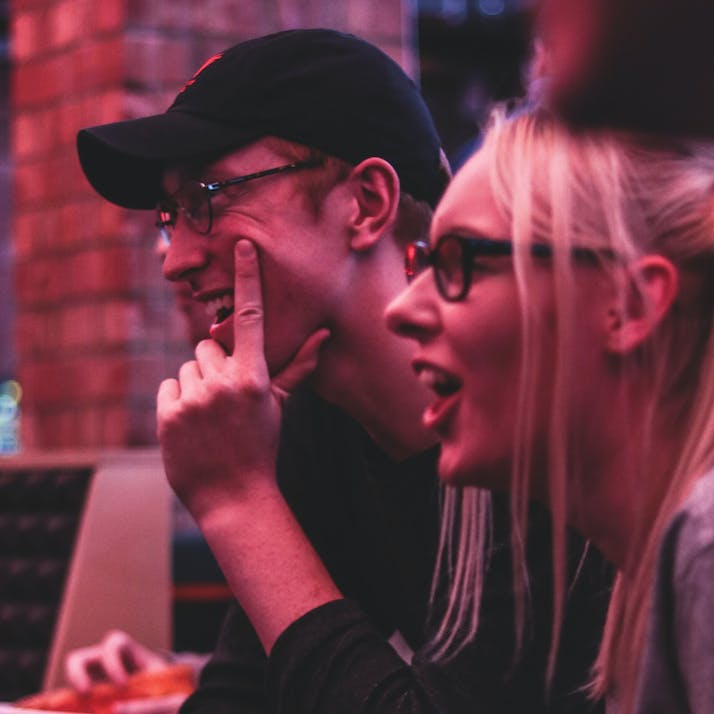 Losing a Best Friend: The Hardest Breakup I Ever Had

The author writes of the severe heartbreak she experienced when she and her best buddy went their separate ways.

I recently had the hardest breakup and the worst heartbreak of my life. And, when I looked for some semblance of consolation, I couldn't find any music or movies or books that reflected my pain back to me. The consensus around heartbreak tends to be: Damn, this sucks but at least now it feels like all the music ever written was written for and about me—right now in this exact moment. But not this time. I had a hard time expressing how much pain I was in; there was no cultural language for it. This particular breakup was with my best friend.

Even though the pain of losing a friend—and losing the part of yourself that you grew used to having reflected back through that friend—is something we all go through, we have no significant recognition of that loss culturally. Why is that? Why do we universally understand romantic heartbreak to be akin to an actual physical wound, but the heartbreak that comes with platonic loss is swept under the rug, almost entirely disregarded? I don't propose I have the answers to these questions, I just feel I am not the only one who is wondering them.

“”
This particular breakup was with my best friend.

We Were Lifelong Friends—or So We Thought

My best friend Ed and I met in 2016 when I was twenty and had just moved to New York. We were both aspiring comedians with stars in our eyes. We instantly had a connection, one we both initially confused for romance. After a brief attempt at dating and realizing “oh, nope, absolutely not,” we decided, simultaneously, that what we had was special but it was 100 percent platonic. We became inseparable.

He became like another limb to me. We were there for each other for our successes, our failures, our fair share of crushes, loves and heartbreaks. We became close to each other's families, each other's friends, and each other's significant others. We saw the absolute best and absolute worst sides of each other, and we were on board for all of it. Consistently, one thing always remained true to us both: We'll have each other's backs no matter what.

What Getting Over Our Loss of Friendship Has Made Me Realize

In the time I've taken since our falling out a couple of months ago—”pre-quar,” I’ve been calling it—I've realized that this is something many people in their twenties do. In the space between our childhoods and the families we may build later on, we invest heavily in friendships and find newer, more adult versions of basically carving "best friends forever" into a tree. Ed was my bestie, but because we were adults now, we found different ways of expressing that to each other. Children believe in abstracts like "forever," adults believe in commitments.

Ed and I made a lot of commitments to each other. Professionally and personally, there was a lot carved into our tree. We clung on to our shared entity of us. Our actions and our words made our platonic partnership a collective focus. We shared custody of a whole life we had planned. And, no, we were not in love with each other. Not romantically, anyway. That’s always the next question. Believe me, we both knew being in love would be incredibly convenient. Maybe breaking up would have been easier. At least there would be songs about it.

I know that it’s not uncommon for friends to make grandiose plans and promises: It feels right and makes clear sense to you in the moment. You know deep down, though, that when you come up for air, you won’t see many folks further along in life sticking to those plans. There are far fewer 45-year-old best friends living next door to each other, sharing a swimming pool and a dog rescue sanctuary than there are 20- and 30-year-olds promising that to one another.

I’m not saying that was our specific plan. I am saying if anyone wants to make that plan with me, there is a recent vacancy. Bonus points if you want to also be my comedy writing partner and you’ll dogsit my dog whenever I leave town. (Oh, shit, I just realized how much my dog is gonna miss Ed, too.)

In my endless search to find any piece of media that shows the true anatomy of a friendship breakup, the closest I've found is Frances Ha. In that film, the main character and her best friend prioritize the comfort of the bubble that their friendship has given them. Most of their future plans are with that bubble in mind—until suddenly they're not. That space, the space between BFF and stranger, that's an utterly lonely space. It’s made lonelier by the fact that the very person who would normally console you during heartache is the one that it's about this time. They are the one you can’t go to anymore, for this or anything else.

Most every other movie uses a friendship fallout as its “all is lost” script device, a catalyst that propels the main character into achieving personal growth needed in order to solve the original conflict of the film. In the end, the problem is solved and, seamlessly, the friendship is mended. I like that story. We all do. It wouldn’t be the format of just about every single movie ever written if it wasn’t a good story. But it also isn’t always what happens.

“”
I’m not saying that was our specific plan. I am saying if anyone wants to make that plan with me, there is a recent vacancy.

Falling Out With Your Best Friend Does Have a Silver Lining

I’m not saying I haven’t been propelled into some serious personal growth. I certainly have. When an invariable suddenly becomes a variable in your life, you tend to take some inventory and make some changes. I like the person this experience has made and continues to form: I am more present in my other relationships, I am more sure of who I am as an individual. I am still a person who just checked a thesaurus for the word “growth,” so I don’t use it too much in one paragraph, but, hey, that’s the word. I’ve certainly grown. What the movies don’t tell you is that growth in and of itself doesn't bring your friendship back. Ed is growing, too. But we’re growing in different directions.

Maybe Ed and I will be invited to each other's weddings; maybe we'll exchange Christmas photos one day; maybe we will see each other at a mutual friend's birthday party and exchange pleasantries. But the demotion from BFF to acquaintance—the demotion from limb to driftwood—is a heartbreak that there are simply not enough songs about. Not enough movies show that, sometimes, you aren't friends again in the end. Sometimes you're just two people, with a whole shared language, catching up at a party years later in plain English.