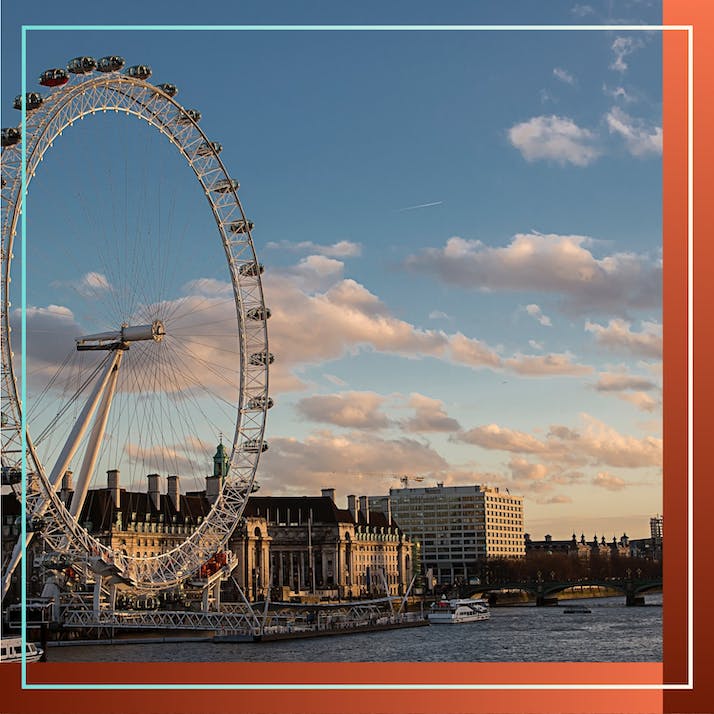 When the coronavirus grounded flights, our lives changed for the better.

The night that Prime Minister Boris Johnson announced that the U.K. would enter a national lockdown in the wake of the fast-spreading coronavirus, my family and I were celebrating my sister’s birthday—although after watching the BBC’s coverage of the breaking news, no one was in a particularly celebratory mood. Like other European nations, we were being asked to stay indoors for the next several weeks. Schools were closed, pubs, restaurants, shops and cafes were forced to shut, and people were told not to travel. Overnight, the roads, train tracks and skies around my home in London became eerily quiet.

All my life, I have lived directly under the flight path of London Heathrow airport. As any resident of the area knows, you can usually see (and hear) an airplane every two minutes throughout the day. Prior to COVID-19, Heathrow was Europe’s busiest airport, recording an average of 1,300 daily flights in 2018.

During the first few weeks of the spring lockdown, I can barely recall seeing any planes in the sky, as I worked from my new home office. In fact, during April 2020, passenger traffic at Heathrow fell by 97 percent from the previous year. As the weeks wore on and the lockdown was further extended, I began noticing the effect it was having on my local environment.

“”
On sunny spring days, the air was purer and the sky bluer than I can remember.

Being Forced to Stay Home Made Us Appreciate Nature

One of my favorite places in the whole world is my local park in Southwest London. It is where I learned to ride a bike, took up my beloved hobby of running and spent countless weekends walking with family and friends. But it was never so important to me as it became during lockdown: my oasis, my sanctuary and an escape from the manic world around me.

As I walked, ran and cycled around it each day, I became aware that the pond in the center of the park looked increasingly clearer. For the very first time in my lifetime, I could see fish swimming in the water. I knew that Venice was experiencing better water quality in its canals, but it was so exciting to be confronted with this reality in my own backyard.

The lack of air pollution also became increasingly apparent. On sunny spring days, the air was purer and the sky bluer than I can remember. Before, you wouldn’t see more than a handful of stars in London’s night sky due to poor air quality, but we spent the summer nights of 2020 gazing up at the thousands of stars we could now see.

“”
If in five years time, London’s skies are filled with thousands of planes each day again, we won’t have truly learned the lessons which 2020 presented to us.

It Wasn’t Just Humans Who Benefited

Residents in my area reported sightings of more bird species in the capital’s parks and along the River Thames, no longer scared off by the constant noise of commercial jets. I even heard the much-beloved naturalist Sir David Attenborough say the same thing about Richmond Park in London. In April, he told CNN, “The skies are so blue. The birdsong is so loud, and I can hear it over because there are no airplanes. Now, it's an event to see an airplane in the sky.”

In my local park, people became fascinated with six eggs which a swan laid one hot July day. Walkers visited her nest regularly to check for signs of hatching. When the cygnets were finally born, locals adoringly followed the new family as they glided across the ponds. We even named them.

Because we were working from home, had fewer distractions and had no other place to be, we were forced to appreciate the natural world around us. With so much bad news around us, these were the small gains of this new way of life.

The impact of the pandemic on the global economy cannot be overstated. The health of the aviation industry directly correlates to the health of a nation’s economy, so its struggle is cause for concern. But having seen how the environment is enjoying some much-needed recovery so close to home, I wonder how we should move forward when life eventually returns to normal.

With the mass-vaccination rollout, we are starting to get a glimpse into what life might look like post-COVID-19. But, if in five years' time, London’s skies are filled with thousands of planes each day again, we won’t have truly learned the lessons which 2020 presented to us.