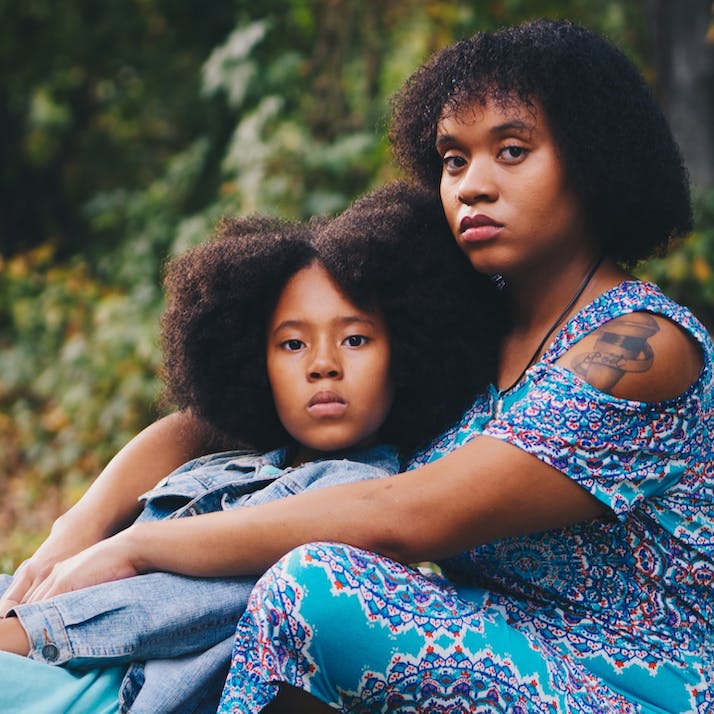 What It's Like to Live With My Daughter's Cystic Fibrosis

The journey to find the right doctor was almost as bad as my daughter’s fatal disease diagnosis.

“She’s got the lungs of a cystic fibrosis patient,” said the doctor. He had come to see me following the bronchoscopy, holding his phone so I could scan the photos as he scrolled, revealing different angles of my daughter’s mucus-filled lungs.

“Even her vocal cords are clogged,” he added. “That’s one strong kid. I don’t know how she’s still functioning with that mess in there.”

“She’s been to an ear, nose and throat specialist already. Should we try again?”

“It couldn’t hurt,” he said. “Maybe someone should take another look at those cords.”

“Are we sure she doesn’t have CF?”

What light there was went out of his eyes. We’d had this discussion before, and bringing it up again risked losing the limp remains of goodwill between us. He picked up what seemed to be the chorus of our little play: It doesn’t matter why her lungs are the way they are because the treatment would be the same anyhow. This made no sense to me, but it had become an effective silencer.

My husband and I have three children. Each was given the sweat test for abnormally high chloride levels, an indicator of CF. All passed, meaning they most likely didn’t have the disease. In 2012, we learned for certain that my husband, whose half-sister died 30 years ago from CF, carries the most common cystic fibrosis transmembrane conductance regulator (CFTR) mutation: deltaF508. But we weren’t planning for more children, so our main concern was having our kids screened for the mutation before they had little ones of their own.

Since the age of 4, our youngest has had a chronic cough. Over the years, she’s been diagnosed by a variety of specialists with asthma (for decreased lung function, chronic cold and cough); rhinitis (when lung function improved but the cough persisted); Tourette syndrome and comorbid obsessive-compulsive disorder (when she couldn’t stop coughing and pounding her chest until she was boxing-ring bruised); and “really bad” asthma (for the pneumonia and whooping cough that kept her ill for months). By age 13, her health began to decline at a terrifying pace.

My husband and I read relevant research papers and discovered there are approximately 2,000 known CFTR mutations, and some of them quite rare. On multiple occasions, we asked the doctor to do genetic testing. He insisted that, having passed the sweat test, our daughter couldn’t possibly have CF.

We Needed to Find a Cystic Fibrosis Specialist

One day, in front of my daughter, the doctor told me he believed her cough was psychological in origin and that if she didn’t start gaining weight, he would refer her to an eating disorder clinic. “You’re an anxious mother," he added, "and I think you make her tense.” When she was nearing her 18th birthday, we parted ways with the doctor. It was time for an adult specialist.

The new doctor was kind and well-mannered. His nails were buffed and he wore a crisp suit. He had my daughter’s latest chest X-ray ready to go on our first meeting, and he spoke to her as though she was worthy of his time and attention. He told us the diagnosis was bronchiectasis—meaning fibrosis, or scarring of the lungs—of unknown origin. His next youngest, similar patient was 65 years old.

I asked if the scarring could be reversed. There were a few moments of silence. Eventually, the doctor shook his head. “I’m afraid not, though I suppose anything’s possible.” He had come out of paternity leave to see us. He retreated again, though we didn’t know it until I called his receptionist in a panic.

“The doctor will be back in a few weeks,” she said. “He can see you then.”

“Are you kidding me?” I used a phrase normally reserved for minor altercations with family members. “But she needs antibiotics every few weeks. She spends more time in bed some days than out of it.”

The receptionist didn’t sound surprised. “I’ll get in touch with him right away," she said. "Call me back if you don’t hear from him soon.” What we didn’t yet know was that this doctor was troubled by the case and had been consulting a CF specialist. My daughter consumed another course of antibiotics, eventually landing on her feet again. A phone call came out of the blue. The CF specialist wanted to see us.

Within minutes of meeting with the CF specialist for the first time, I began to relax. He was knowledgeable and affable. I tried to tell the story, to get the details right about what my daughter had been through for years. He listened, nodding now and again. Then he comforted me. “You’re not alone anymore," he said. "I’ve got this.”

I sobbed with relief. My daughter rolled her eyes.

“”
We knew a cure wasn’t around the corner.

My Daughter Finally Received the Diagnosis We Had Feared and Expected

He was prepared that first day to do genetic testing. Blood was drawn. When the results came back a few weeks later, he gave them over speakerphone so we wouldn’t have to wait longer than necessary. Our daughter had heterozygous cystic fibrosis, with one of her mutations being extremely rare. Few people in the world have her type of CF, but it can be revealed through what has become routine genetic testing.

Cystic fibrosis is one of the most common and fatal genetic diseases in the world. Though we were grateful to know the truth and to have a compassionate, competent care team in place, we knew a cure wasn’t around the corner. There are miracle drugs in existence, but they cost hundreds of thousands of dollars per year, and Trikafta, the queen of them all, had yet to be approved by Health Canada.

We set aside a countertop in our home for our daughter’s daily therapies. (Aspirational plans for a zero-waste household were now a bitter joke.) Stacks of Kleenex boxes maintained company with the throwaway wheatgrass bowls for collecting coughed-up mucus. A compressor and nebulizer system aerosolized the various medicines that lubricate the lungs and give our daughter a decent chance of bringing up the viscous goo. We purchased breathing exercise devices and a massage machine to give us a break from drumming on her back.

My daughter gained weight. She found articles on the future of gene editing. Together we watched the silliest episodes of Family Feud on YouTube to pass the time. One day, she no longer wanted my company. She researched therapies that could be done independently.

I contacted our local representative, the premier and the minister of health by telephone and by mail. I was polite, and so were they. The cost of rare-disease drugs is high. But so is the price of hospital stays and antibiotics and therapies and other medications. And the medical research itself. Though the value of a human life is incalculable, I was compelled to communicate why CF patients like my daughter should be saved. It was hard not to feel as though I was begging for her life.

Thanks to the Canadian Government's Funding, We Have Hope

Then, a miracle happened. At 3:07 p.m. on Friday, September 24, 2021, we received an email from Cystic Fibrosis Canada. Saskatchewan, Alberta and Ontario—three provinces with fiscally conservative governments—announced they would publicly fund Trikafta. A large percentage of the CF population of Canada was gifted with enhanced health and extended life overnight. Quebec soon followed, as did British Columbia. Eventually, the rest of the nation joined in.

One day, our first doctor called to apologize. “I’ve learned my lesson,” he said. “You can never ignore a chronic cough. And genetic testing shouldn’t be resisted.” I suspect, though I will never know for sure, that someone reprimanded him for the years that could have been spent preventing more scarring of my daughter’s lungs.

I fought the urge to reply, “No shit, Sherlock.”

Instead, I offered understanding, ending the conversation with a simple, “Thank you for calling. But we’ve got this now.”