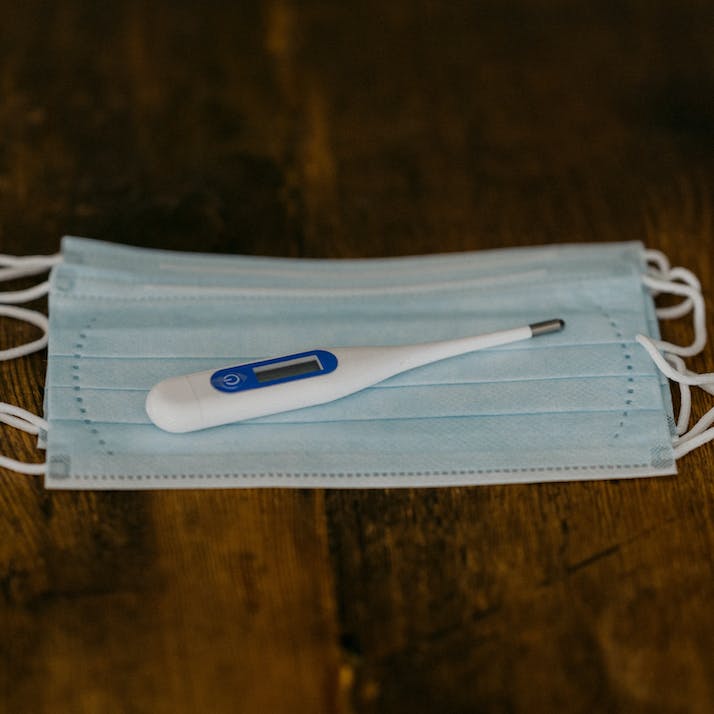 Living With My Conservative In-Laws Has Been a Huge Mistake

A woman who has been living with her in-laws for over a year during quarantine talks about the struggle of dealing with her partner's conservative parents.

When I first met my future in-laws, I thought they were good people. In my own twisted way, I still do, even though they stand for most things I’m against.

I probably would have never discovered our stark differences if we’d kept the casual distance I enjoyed in the first five years of knowing them. We saw each other at the occasional dinner and family function: conversations were kept friendly and social.

Everything changed when my boyfriend and I found our dream home. As millennial parents of an eight-year-old—his son from a previous relationship—we prioritized getting a house over getting married. That move was the beginning of the many unpopular decisions I would make, as perceived by my in-laws.

Because our lease couldn’t be extended to work with the closing on the house, the reasonable thing seemed to be to stay with his parents until we were set to move into our new space. It would save us some money we would surely need, and it was only supposed to be for six weeks.

It’s been over a year.

Tip for Dealing With Conservative Family Members: Don’t Live With Them

To be fair, I had some warnings on what a grueling undertaking this could be. My mother-in-law is a born-again Christian who wants nothing more than for her (uninterested) sons to bask in Christ’s light with her. My father-in-law, a quiet atheist who will only mutter along with prayers on holidays, is an immigrant who has done everything to put his past behind him and embrace being an American—in every painfully conservative sense of the word.

If you guessed that they’re baby boomers, you’ve guessed correctly. My boyfriend and I are millennials, and while our beliefs skew liberal, we are respectful of differing opinions. I had never taken my in-laws to task when they expressed views with which I disagreed. I figured I’d be able to continue to bite my tongue through the short time we were living together. When short turned long and our child was exposed to some of their toxic opinions, my patience ran out fast.

That said, I never went looking for a confrontation. Once we got past the pleasantries and I started seeing their true colors, I expressed my concerns to my boyfriend. He reminded me that this was why he left the home at as early an age as possible. He encouraged me to focus my energy on finding a new home so that we could get out.

I never expected how volatile things would get.

“”
I never expected how volatile things would get.

There Were Problems in the House Beforehand

I discovered that my mother-in-law was one of those people who expresses her displeasure at all facets of her life to anyone who will listen, but is willing to change absolutely nothing to make things better. My father-in-law had a temper that was placated by his wife, who loves to tell others that he, a man over 60, is an only child who isn’t pleased when he doesn’t get his way. Instead of pointing out the absurdity of that, she instructed everyone to just give him what he wants to avoid the fallout.

The two minimally interacted outside of arguing and nagging, which is pretty stressful to be around. Sound only happened in extremes: tense silence or shrill screaming. The only thing they could agree on was picking on my boyfriend about anything that brought him the slightest bit of joy. They picked apart our parenting, telling us that we were far too strict. Simultaneously, they pressured us to add to our family, a topic we’d dismissed as none of their business many times before.

I tried to stick to my mousy, compromising routine. It didn’t last.

Dealing With Conservative In-Laws Is About Subtlety

On a weekend morning, when I was awoken by a spirited debate on how they put a gay person in every TV show to try to “change people,” I let loose a few words that began my descent into becoming their least favorite person.

“Maybe it’s because gay people are real and deserve representation? They’re not just a marketing device pulled out during Pride Month for the sake of diversity dollars,” I uttered. I was shot a look before they promptly tuned me out and continued their conversation.

As much as I tried to tell myself their views were none of my business and this wasn’t my house, I couldn’t stand the ignorance our child was hearing. I was also worried about what subtle ways my mother-in-law was criticizing him. Of her eight grandchildren, she was satisfied with maybe two, girls she felt took after her. Hearing the way she would talk both about the kids and around the kids was enough to make me speak up on all sorts of things I was biting my tongue about.

One day, my mother-in-law approached me on a day when no one else was home to tell me my liberal ideologies were upsetting her husband and that he outright disliked people who have been in the family for a longer time for lesser “offenses.” Of course, his moral code is based on whatever talking heads on Fox News are saying, so this wasn’t exactly heartbreaking for me. I informed her that I didn’t exist to win popularity contests within her family and that her son shares my viewpoints and supports me in expressing them. She denies that fact to this day. She’s convinced herself that all her sons vote a straight Republican ticket, as they were raised to do.

Just When We Thought the Situation Couldn’t Get Worse, COVID Happened

I wondered how I’d found myself in this situation. At best, it was an All In the Family episode that wouldn’t end. At worst, it was the Facebook comments section of any quasi-political article, filled with people with way too much time on their angry hands.

Around the country, many people in multigenerational households experience the same thing. If it wasn’t bad for all of us before, coronavirus lockdowns were enough to drive things to a real breaking point.

I learned of the virus in late January and knew the potential havoc it could wreak. Thankfully, we were finishing up renovations on our new home. We had one foot out the door, and COVID-19 repeatedly bashed the door on that foot. When we explained to his parents what this could mean to them, in an age group that was vulnerable and with underlying conditions, they pretty much ignored us. Fox News was labeling this as a Democratic hoax and their followers, my in-laws included, happily obliged.

Schools and businesses closed, but they both continued working while taking no precautions. It would take two people they personally knew dying from the virus before they started to consider that it might be serious. For every measure we took to protect them, they seemed to find a greater countermeasure that would stress us out regarding our own health and safety.

During this time, they were more annoyed that one of their grandchildren was donning a pixie cut that “made her look like an LGBTQ.” They also made sure to tell other members of the family that our drama about the disease was keeping everyone apart: Never mind statewide mandates, this was us trying to get attention for ourselves.

I Don’t Like Living With My In-Laws, but That Doesn’t Mean They’re Bad People

This story doesn’t have an ending just yet. Just last month, I had to explain that not all people that were imprisoned are violent, or even guilty of a crime, to an eight-year-old after grandma told him all the bad guys were getting out of jail and coming into our neighborhood. I hear my landlord father-in-law lamenting people not paying the rent in a low-income neighborhood and how unfair it is to him.

So how exactly do I find a silver lining in this? Honestly, I don’t.

I’ve found a perspective that’s somewhere in the ballpark of positive for the sake of the man I love and his son. I don’t believe my in-laws are malicious people. I think that they’re clinging to an idea of a country, of a neighborhood, of a home and a family that no longer exists. Their fear of change has paralyzed them as time has marched on; their comfort relies on not being challenged in their belief systems. In her case, that’s nonstop Hallmark movies and women’s devotionals. In his, it’s food and Fox News.

Their children are grown with families of their own, free to experience life and form differing opinions. As hard as they pull at the reins, they cannot stop that. They can’t control who the eight grandchildren they love will grow up to be: proud of their immigrant ancestry, LGBTQ or something else entirely.

Millennials are mocked for our attempts to break with generational trauma, to find ways of coping and letting go. Yet, we see how our boomers, climbing in age, see the world after carrying all that baggage. We know it isn’t for us. It sounds dramatic to say the current political climate is ripping families apart, but when every area of life has been politicized, it’s the reality of the situation. Agreeing to disagree seems to be a thing of the past in this never-ending ideological story.