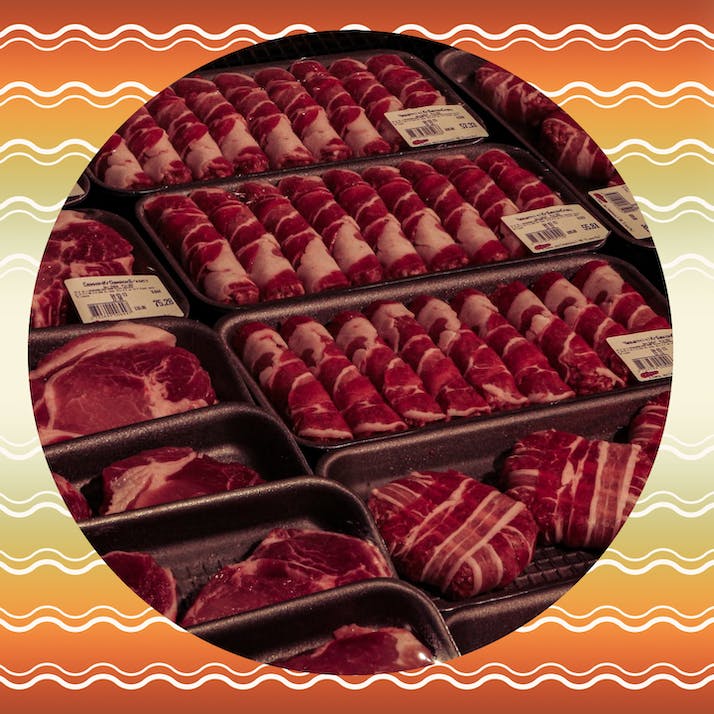 How I Deal With My Non-Vegan Family

I'm a passionate vegan. The elderly relative I live with isn't. I'm learning to cope.

Around five years ago, I suddenly decided to go vegan.

Don’t get me wrong, I wasn’t munching on a Big Mac one day, lapping hungrily at the oozing meat that dripped onto my hands, and then the next, cutting out every single animal product from my food and drink, including wine.

I’ve long been fond of the ol’ vino and, like all good binge drinkers, didn’t pay too much attention to its ingredients or anything other than the alcohol content. Did you know that in the winemaking process, fining agents are used to remove, among other things, yeast? And did you know that these agents ordinarily derive from animal blood marrow (again, among other things)? I didn’t know this, at least not until I’d done significant research into what a vegan lifestyle really entails. It wasn’t a pleasant discovery.

Gradually, I began to cut out what little meat I ate, then after watching a number of eye-opening documentaries and reading a plethora of literature, I decided that being vegetarian wasn’t enough. I was thinking about veganism on a Monday, and by Wednesday, I’d gone over to the green side. I’ve never looked back.

“”
It wasn’t a pleasant discovery.

The Ethics of Veganism Are Complicated—Even Among Vegans

The eating side of veganism is pretty easy, especially compared to even half a decade ago. Often there are options on every restaurant menu, and milk and cheese alternatives exist in most supermarkets.

But we’re often labeled as “preachy,” asked questions by non-vegans about our diet and lifestyle and then attacked when we answer in an open, non-judgmental way. Some within our community treat it like it’s a competition. My husband and I started our vegan journey together and are now passionate advocates for animal rights. We’ve been to marches and a couple of vigils, which involve standing outside a slaughterhouse until the animals arrive in a truck, then caring for them as much as you can before they meet their tragic end. It’s as horrific as it sounds, but some attendees make you feel like just being there isn’t enough.

Last year, we moved in with an elderly relative because of the pandemic. We weren’t expected to pay rent or bills—it was an ideal scenario we were grateful to be afforded.

An unspoken agreement of living here was to make meals for her. We were more than happy to do our bit, but this person was a meat-eater, and, surprisingly, for someone who grew up during and after World War II, when rationing was compulsory, she was very wasteful.

We were expected to make meat-filled meals, despite our veganism being anything other than a secret. The house reeked of smelly, processed burgers and large, deformed pieces of bone-filled fish. She bought large packs of ham or cheese, and after one bite, the rest was left to rot. But we couldn’t refuse or argue about it because we should just be grateful to have a roof over our heads, right?

This is our current situation. We’re very lucky and we remind ourselves of this every day; however, the feeling of betrayal that engulfs us whenever it hits 6 p.m. or the smell of gone-off processed sandwich meat leaps out of the fridge is overwhelming. The voices of vegans that are out every day fighting for defenseless, sentient animals ring in our ears, and their shouts mix with the screams that cast a dark cloud over the slaughterhouses we once stood outside.

Our Own Values Aside, We’re Mostly Concerned About Our Family’s Health

She’s old. She’s too stuck in her ways. Removing meat and dairy from her diet will do more harm than good. We’ve heard it all: from her, from family members that pop in and look at us like we’re aliens. We see it on TV advertisements, telling us—often in ways that should be ironic but are just plain disturbing (personifying a chicken to sell KFC, anyone?)—that if you don’t eat the flesh of a tortured, murdered animal or drink the milk of a mother cow that had her child ripped away from her, you’re the freak. You’re the outsider.

The conversation around health is a complex one and, admittedly, still fills me with insecurities and doubts. When I first went vegan, I received an abundance of concerned remarks about my weight, with some people even telling me I had an eating disorder because I was so slim. FYI: If someone does have an eating disorder, it’s probably best not to tell them that. Thankfully, I have a good relationship with food, but such comments stick and crawl into your brain like a parasite. Am I lacking in vital vitamins? Going vegan is an ongoing journey of discovery, but you’re expected—by yourself and others—to know all of the answers.

If you’re an elderly person, then the conversation around health is exemplified further. Our living companion is unable to do things for herself, including cook, which we’re happy to do for her. Would we like her to eat less meat and dairy? Be less wasteful? Of course. We try not to judge or “push” our lifestyle onto her, but we’re worried about her health. It’s never too late to worry about it.

“”
Being over 80 years old and transforming the way you think about food is not impossible, but it’s unlikely.

We wish she knew how healthy she could be if more vegetables were in her diet or opened her mind up to lentils. The foods she eats—fatty meats, hard cheeses, non-vegan biscuits (there’s always a large stash in the house)—are all, according to England’s NHS, high in saturated fat, and they not only increase your chances of heart disease and a stroke but also, as I found when reading the incredibly eye-opening book How Not to Die by Michael Greger, Alzheimer’s disease.

Tradition and routine are significant in keeping her eating the way she is. As humans, we’re deeply conditioned to do certain things. There’s emotion attached to food and the thought of altering or turning that upside down is terrifying. Can you imagine if everyone stopped eating turkey on Thanksgiving or if you didn’t give your loved one chocolate on Valentine’s Day? It’s unthinkable for many people.

Being over 80 years old and transforming the way you think about food is not impossible, but it’s unlikely. Especially if you’re as stubborn as she is. From my experience, going vegan has to be done for the right reasons. A switch has to be turned on in your brain and you might never go back.

Our Vegan and Non-Vegan Relationship Is Growing on Me, but I Miss Living in an All-Vegan Home

I made quinoa for the first time recently, and, can you believe it, she loved the damn thing. Personally, I hated it but hey, there’s no such thing as a perfect vegan, as much as some people try to convince you otherwise. We’re all human, just trying to get by as best we can.

Do I dream of a vegan world? Yes, but it’s far more complex than that. For now, I would just love a vegan home again. As long as we’re living where we are, we’ll continue to push more vegetables and fewer animal products onto our elderly companion—for her sake as much as ours. She’ll never change completely, but if you have someone in your life that is open to new discoveries, crack open a bottle of (vegan) wine and have an honest conversation about it.