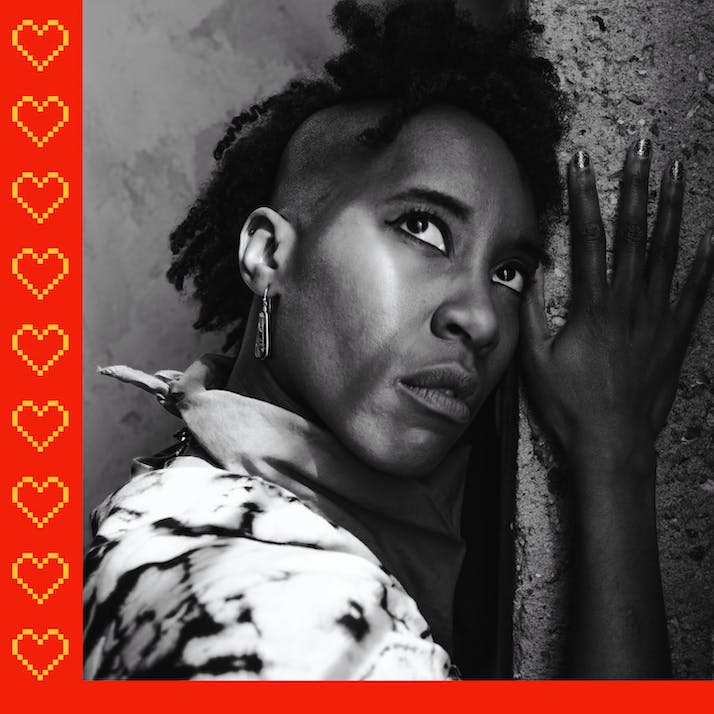 In my country, you can be beaten to death based on your sexual orientation.

Like with most things in life, if you’ve not personally lived through an experience, you really don’t know much about it. I know this well from living a life of secrecy. The most difficult part of identifying as anything other than a straight person in Nigeria is the energy it requires to conceal this vital aspect of yourself.

In other words, I live with the constant fear of not doing anything contrary to the norm, behaving like a straight person would, with little to no room for being anything else. We all just try to conform so no one can ever suspect anything is amiss in our chase of conventionality.

Coming from a typical Nigerian family, it’s difficult to be liberal with your thoughts. It’s believed that the father speaks on behalf of the family—other members are simply meant to fall in line or they risk getting cast out. It may seem very hard to understand for most, but I guess when your life and reputation depend on it, we all do things we never thought we were capable of doing. In this case, it’s the act of being inconspicuous.

“”
In our country, being gay is synonymous with being allied with the devil.

My Girlfriend Vanished After the Church Attempted Her Deliverance

I always knew there was something quite different about me. While my friends in high school were busy trying to catch the attention of boys, I was busy forcing myself into thinking about them too. But catching the attention of a boy just felt wrong to me. Even then, I did it to seem normal.

I wasn’t really aware of much after that. I had a boyfriend, and I only really cared about graduating, so the thought of dating went away—and so did the boyfriend. Fast-track a couple of years later: I was in love with my friend of the same sex, let’s call her S, and we both felt an effortless attraction. Although we had to be really sneaky about it, no one really paid us much attention, so we carried on for years.

Reality interrupted when S was taken in for a deliverance at our church for being possessed by a demon. That’s when I knew her parents had found out about her being gay. In our country, being gay is synonymous with being allied with the devil, but S became unapologetic and fierce about it. “Haven’t you heard I’m the spawn of the devil himself?” she would yell, seeming insane to anyone who had just met her. I knew she was cracking under the pressure of being conventional and perfect.

S was a gentle, sweet soul, but not long after the deliverance, she simply vanished. I think she was sent somewhere—I never really found out where. I was brokenhearted and had to move on in silence without telling anyone about S and our time together. If anyone noticed my sadness, they must have felt I was just missing my best friend.

“”
Gays or cross-dressers who are caught on the streets here are often either stripped naked or beaten, sometimes to death.

We Need Influential Allies to Speak Out Against Nigeria’s Crimes

At 20, I began to understand the bigger picture, realizing my childhood struggle with being gay was just a drop in a bucket. The biggest shock was realizing that almost everyone I met who identified as gay in Nigeria had a similar story as mine. Eight years ago, the government passed a law in which anyone who identified as gay or who was caught in the act with someone of the same sex was to be sentenced to a 14-year jail term. Knowing this law existed, a few gay friends came together and moved our scene underground to keep us hidden.

Still, we encountered so many problems with the law or with blackmailers, and at some point, we all agreed the whole trouble was too much and it was best to stay secretive. During that time, our biggest issue came from people who infiltrated our scene under the pretenses of being gay or bisexual. Then, they simply vanished a week or two later, and almost immediately, the place would get raided or shut down. It was deeply upsetting to know some people think being gay is a fun, one-day choice.

Of course, it’s not. But in Nigeria, we have to be more subtle and careful to avoid suspicion; otherwise, our careers or families could be gone forever. We’ve had some really famous gay Nigerians speak up, but they still get to leave the country. Their brief and very privileged stays, along with their wealth, make them untouchable in Nigeria—effectively, being openly gay or bi is dependent on how much money or influence you have.

As I often say, Nigeria is not so much anti-gay as it is anti-poor. Just a couple of months ago another law was passed, which can impose those found guilty with fines of up to $1,200 or six months in jail. Yet the rich and famous are not affected by this—just the average Nigerians. In what we often call “jungle justice,” gays or cross-dressers who are caught on the streets here are often either stripped naked or beaten, sometimes to death.

The only ray of hope is if influential gay Nigerians speak up. It seems almost impossible. Everyone is trying to preserve their reputation or status, and we can only look to the Western countries as a beam of sunlight into how to live, clinging on to the hope that one day soon, worldwide, LGBTQ communities will find a solution.