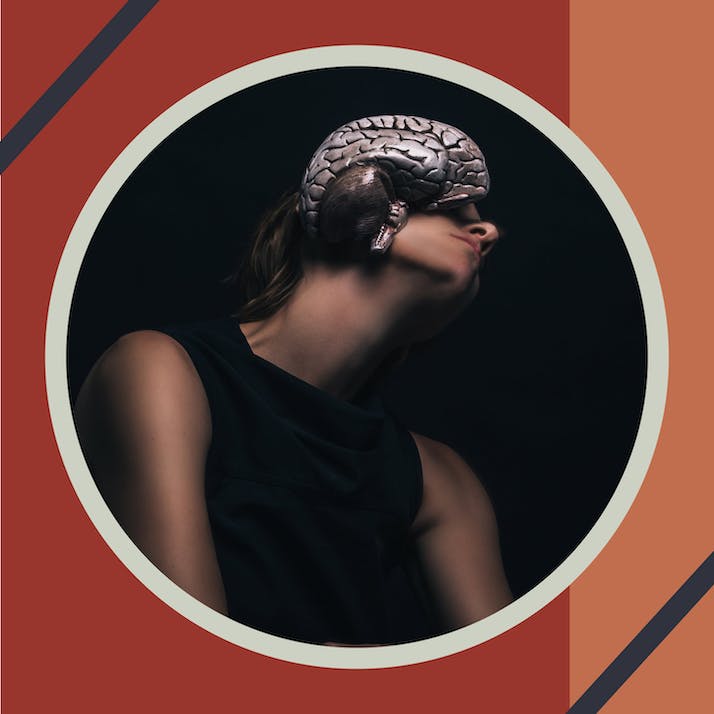 My diagnosis was a wake-up call to the quiet degradation of my body.

In 2017, I suffered a seizure in my sleep, went to an urgent care center and found an egg-sized tumor in my brain. The doctor said it was just like a “piece of flan,” and they’d cut open my skull and scoop it out, no problem. In the ambulance on the way to the ER, I was strapped to the gurney and was told I had cancer. Apparently, I was a seizure risk, and the ambulance EMT knew my diagnosis before my doctor did.

Two weeks later, I was wheeled into a brightly lit operating room with wires running the length of my body and a giant X marked on the side of my head where the tumor was. A nurse took my hand as the anesthesiologists put a mask over my face and told me to breathe deeply.

The next thing I remember, I woke up in a hospital room hooked up to an IV with a catheter in my urethra, a dry throat and a dull pang in my skull. I reached up and felt the staples and dried blood around a patch of shaved hair. I was thirsty, I wanted the catheter out, but neither request was granted. The nurses said I wasn’t ready to regain control of my bodily functions so shortly after the procedure.

The proceeding weeks led to a diagnosis (grade 3 brain cancer; the EMT was right), rest, radiation, more rest, chemotherapy, diet changes, micro-seizures in my leg and moderate exercise. The hair that had grown in around my scar fell out once and for all while the radiation beams permeated my scalp. I was told it would be the max amount of radiation my body could receive in this lifetime and it could do damage in the long term; nevertheless, it was the best bet for zapping the remaining 80 percent of the tumor that the surgeons couldn’t take out.

“”
It’s not until now, four years later, that I am beginning to confront the depth of this experience and the proximity I feel to death that will stay with me moving forward.

My Tumor Forced Me to Reflect on My Past Experiences

It’s not until now, four years later, that I am beginning to confront the depth of this experience and the proximity I feel to death that will stay with me moving forward. I’m also starting to trace back my history and pick up on some of the cues that led to my diagnosis with the big C.

I’ve heard that head trauma can stay with you and have long-lasting effects. We see it often in athletes who have suffered numerous concussions. I know this to be true. I was hit over the head with a Jack Daniel’s bottle, right where my tumor eventually grew, when I was jumped in Sydney outside my old apartment back in 2007. That head trauma led to my first partial scalp shaving, some stitches and a temporary Franciscan friar haircut, with the weird bald spot up top as the stitches healed and the scar remained hidden beneath my thick hair.

Shortly after that episode, I left my life in Sydney and moved to L.A., ready to start fresh and find a new path for my professional and personal endeavors. Life there was pretty awesome for a while—I was building my own company, rode my bike all over the city, lived in a sweet spot for not too much money, had amazing friends, a cool girlfriend, a community and I was finding new opportunities to step into interesting positions of leadership.

My Symptoms Started With My Right Foot

Things started getting weird for me around 2014. I had been living the dream, building my own business in L.A. for five years, and it started to falter. The business model was evolving, and I was still holding a vision for a company our customers didn’t seem to want. I was also paying myself next to nothing to build a company where I was quickly losing passion. It felt like the ship was sinking, but I had no way to escape.

I sought other outlets for my passions, making music and creating new creative outlets and opportunities. I tried to get serious with my new love interest, a woman I had been long-distance chasing for a while who had a son with her ex in the midst of our on-and-off courtship. Throughout all this, my body was quietly degrading.

The physical signs started with my right foot. I was limping, and it felt numb at times. I couldn’t flex my toes anymore, and it was harder to rub them together. I felt frustrated by this new lack of mobility, but my friends all suggested they had similar deficiencies, so I ignored it for a while.

Sometimes, I thought it was because of the thin-soled shoes I got during my last trip through Tijuana—other times, it seemed I wasn't exercising or walking the right way. I thought it was just a foot thing, nothing major. Eventually, after a while, noticing the limp and numbness getting worse, I made an appointment with a foot doctor. Two weeks before that appointment, I fell ill with a severe fever, suffered a grand mal seizure in my sleep, went to urgent care the next day and discovered the tumor in my brain.

“”
This is not a story about life with a brain tumor so much as it’s a message to pay attention.

It’s Crucial to Be in Tune With Your Body

This is not a story about life with a brain tumor so much as it’s a message to pay attention. When things are off in our lives, the body can take the stress in strange ways. If we don’t pay attention to the small dissonances in our physical and mental health, they can turn into big, life-threatening conditions. I’m grateful to be alive writing this today, but my diagnosis isn’t great.

Please, take some time to check in with yourself today. Consider what isn’t in alignment from the professional to the personal and consider finding some professionals to help you get back to health. One of the hardest things to do is to ask for help, and sometimes it’s even harder to know we need it. Let this be a reminder that both asking and checking in are key to living fully.