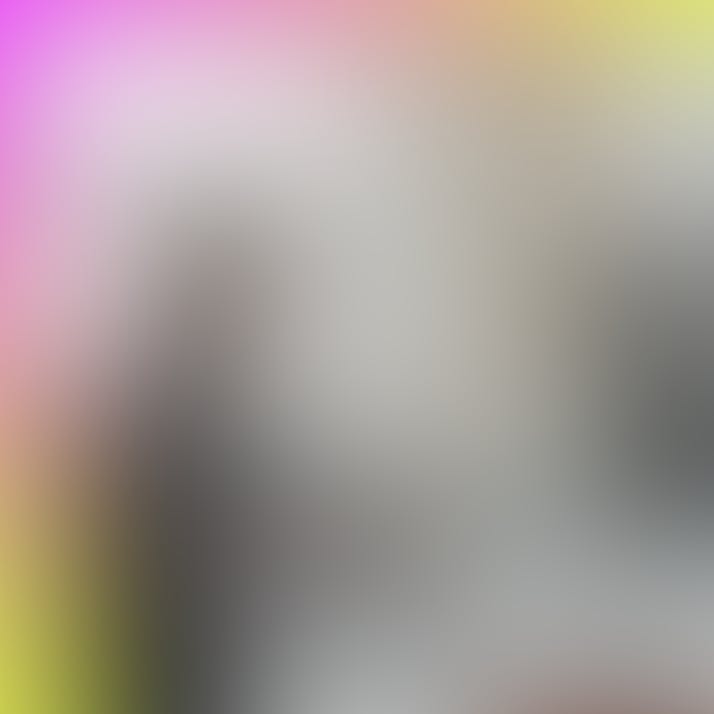 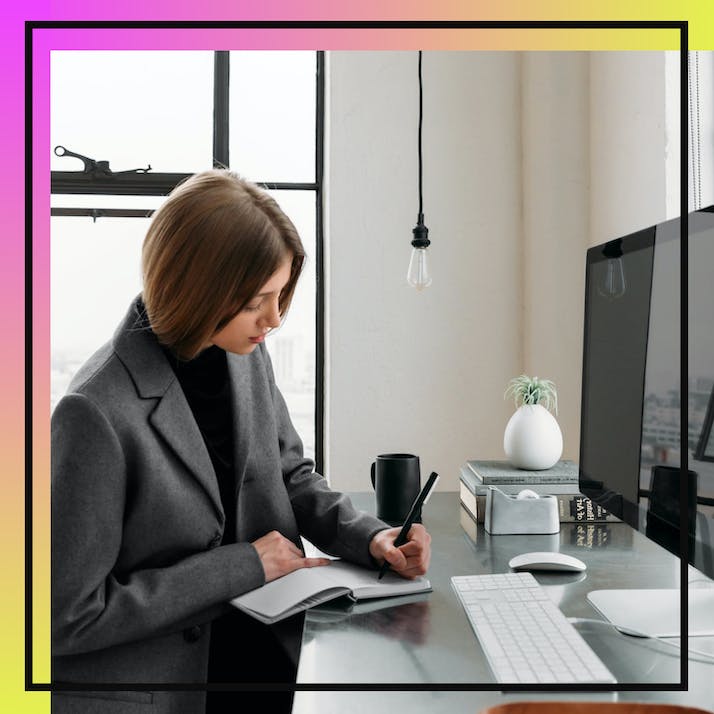 At some points, I feel proud to be a U.K. fashion journalist. At others, I still feel like I’m being exploited.

My career as a journalist for the past two years has been an ongoing journey filled with a tremendous amount of anticipation and dread. It was something that I always said that I wanted to do as a child and into my teens. However, along the way, this dream of mine became muddled and blurry with instant gratification during my university years.

After several years of twiddling around with it, I pursued being a writer. I messaged a British magazine on Instagram after seeing them do an editorial on a former beauty queen that I followed. Out of curiosity, I placed an inquiry, not thinking about any significance it might have on me. After weeks of no response, they finally replied with every writer's dream letter: "Please submit more of your works. We'll forward you over to our editor-in-chief."

I finally had a meeting with the leader of this upcoming fashion magazine, which, for its merit, had a high-end demographic that, as a budding young writer, was something to be tremendously excited about. And just like that, after one Zoom call, I became a published writer. I started to fulfill my Carrie Bradshaw dreams of writing for a fashion magazine as a contributor. It was a start. Ultimately, I wanted to propel myself to the highest pedestal: editor-in-chief.

“”
That's where it all started to go downhill.

My Job Gave Me a Nice Title but Not Much Else

Much like every other beginner, I didn't start this as a paid gig. At first, I was writing lifestyle articles on travel and culture and thinking about pitches for the next couple of days. Then, one day, I was called up to cover an upcoming Hollywood starlet, and I was nervous. But as soon as I learned that it was a fabulous piece, according to my peers, I gained confidence and began a set routine that would work to enhance my credibility as a prolific writer.

Since then, my writing has flourished. I’ve been able to pen words and put together phrases that would meet my self-deprecating standards. My boss would take care of my financial needs from time to time, and it was his way of showing that he did genuinely care about me. It was always unexpected and tagged with, “Thank you for all the things that you do,” whenever he sent me a decent amount through PayPal. Back then, I didn’t think much of how I should have saved that money, especially since I had the cushioned life of a socialite who still had some semblance of father’s financial support backing up my everyday expenses.

Working for this magazine helped me thrive in a lot of ways. For one, it set me on the path of my childhood dream—I was finally saying the ultimate pick-up line for networking: “I’m a journalist.” It made me sound tremendously important here in the Philippines because the publishing industry has never been fair to its pool of talent, and if there were opportunities around, they were of mediocre quality at best. But there I was, interviewing people that no one in the Philippines would have ever thought about. The individuals I spoke with through Zoom, texts and emails were high-ranking celebrities in Hollywood, affluent socialites and influencers that are making waves internationally.

It felt like I went through the Teen Vogue internship without having to go through the rigorous initiation and bureaucracy of Condé Nast. Additionally, it came with the flashy title of lifestyle editor. But then a lull seeped in, and it happened when the pandemic was at its most devastating. In the middle of 2020, after releasing our summer edition, which was delayed until September, there was no more work from the magazine, and I didn't hear about any of the editorials or pieces that were meant to be published.

At that moment, I thought if nothing was going to happen, I might as well keep looking for other writing opportunities. It was then that I ended up finding more freelance writing gigs and bugging a series of magazine editors about whether I could submit or contribute to their platforms. Soon, I immersed myself into being a writer, stepping out of my comfort zone, writing about things that often didn’t hold my interest. But I was getting paid. That was the critical part. After all, how could I bankroll my expenses?

Then, out of nowhere, my boss randomly messaged me. "Hello, my favorite. I have news," he wrote in his usual off-the-cuff way. He wanted me to take the lead when it came to the magazine's direction, which made me so giddy that I nearly spilled my gin and tonic. “Holy moly, this is insanely amazing," I thought. It felt perfect, but that's where it all started to go downhill.

I was excited and filled to the brim with energy. I wanted to do a great job at this, to prove that I was worth it. So there I was, penning down potential ideas on what could be done to rehabilitate the magazine’s structure and its marketing strategies. I began rounding up my disillusioned co-editors. All of them had stated that they felt tremendously bland towards pushing out free content without considering compensation and payment for their skills. Others voiced out that my boss’s work ethic was something that I should watch out for. But I didn’t pay attention to them—what was important for me was to get them on board. Instead, I motivated them. "Listen to me, dears, I'll talk to the big man all about your concerns and get us going somewhere."

But after a week and a half of work, which revolved around me trying to set things up and getting to know the team while creating my first-ever digital cover, the boss squashed that glimmering shell of hope I had over a text message: “Due to new reasons, I've decided to go with this new girl, who is closer to me. Your job will be the one that you love the most—the writing one.”

That's when I broke down in tears. I felt used, completely devalued, and it hit me: He barely gave me a shot. I wasn’t appropriately compensated, and until now, the only contract I had was a verbal one, even though they always say, "The contract is with the lawyers; you'll get it soon."

“”
I’m at a crossroads between loyalty and doing what’s best for me.

Working for a Fashion Magazine Tests Your Willpower and Loyalty

Sadly enough, this is a common occurrence in the magazine industry. If you remember The Devil Wears Prada, this industry is terribly brutal and competitive. Fashion magazines are all about imagery, and to be perfectly frank, there are so many drawbacks. You get a carrot dangled right in front of you, and it gets taken away when they wish. In my case, it was the guy who initially gave me my first shot. Working for what I initially thought was a well-oiled machine turned out to be a sitting duck run by a creative who couldn’t immerse himself in projects that he invested in. There was always a form of stagnation with him, repeated sentiments regarding the direction of the magazine. “Yes, I will be hiring a new sales team this month so we can get revenue with the magazine,” he’d say. It’s been the same thing, over and over, for a year now.

You can call it masochistic, but I had hope that maybe it would have turned around at some point, that he wasn’t exploiting me, that he was really going to start fully compensating me for my work. But that’s not the case with this editor and magazine. There was never a feeling of inclusivity in this work environment.

Unfortunately, this is the reality of being a journalist and a freelancer working at a fashion magazine. It's hard and grueling work that’s tested by the amount of willpower and motivation you have daily, especially when it comes to dealing with horrible editors. Although he isn’t a Miranda Priestley or a domineering Anna Wintour, the fact is, my boss has been exploitative, unwilling to provide a basic salary. Combine that with my current reality, one that deals with rejection and days of staring at a blank page, mixing Virginia Woolf’s and Ernest Hemingway's methods and it’s erratic at best.

Of course, it doesn't help being undervalued with 200 sterling a month, especially when your employer tells you through text that “business is business,” despite how special you are and despite the amount of talent you may have. So, you have a choice. You either fight back and build up the courage to actually do the wonderful things you are meant to do by building your path, or you let a twisted man run your life like you’re nothing but a puppet under his manipulative thrall.

Currently, I’m at a crossroads between loyalty and doing what’s best for me. I’m trying to fulfill my lifelong dream, but I’m not the sort to let anyone disrupt it. Ultimately, it’s come down to two things: stopping the madness and moving forward with or without the magazine.