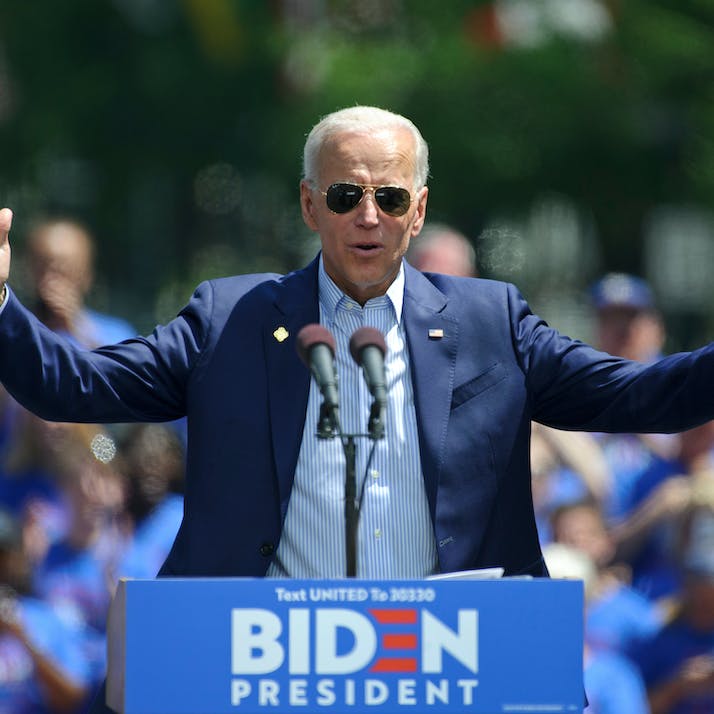 From Northern Wisconsin, a report from one American on not being able to stomach the current president.

On Election Day 2016, I stepped into the voting booth and carefully filled in the oval next to a third-party candidate. I’d previously voted for John McCain and Mitt Romney, and this was the first time I wouldn’t be voting for a Republican. I was convinced that regardless of who I voted for, Hillary Clinton would win. That evening, as the results rolled in, I sat in disbelief.

The shame from my time as a Republican was overwhelming in that moment, eclipsed only by my fear of what was yet to come. In the years after, I’d find myself reevaluating everything I stood for. Call it ignorance or denial, but I didn’t fully see the Republican Party for what it was, or how so many conservative leaders manipulated their followers until Donald Trump was their candidate.

When I was a teenager, I was very interested in politics. I was getting into political debates before I could even drive. A proud member of the pro-life movement, I’d go on to not only speak at churches and events about how we must value life, but was even on the board of directors for a pregnancy care center. I began stepping away from the movement in 2014 after realizing that it wasn’t the bastion of morals I had once believed it was, and I found myself drawn to the need to stand up for all life—including immigrants, refugees and victims of police brutality. It didn’t take long to realize that for far too many, being pro-life had more to do with controlling women than saving lives.

I witnessed those involved in the pro-life movement vehemently protest policies that were proven successful in reducing abortions and celebrating politicians who signed off on measures that could increase abortion rates—simply because of simple party affiliation. Republicans believe Planned Parenthood to be an “abortion factory,” but pro-lifers blindly support Donald Trump despite record-high federal funding for Planned Parenthood under his watch.

“”
My views of Trump had already dramatically affected so many of my relationships, and I knew his victory would create even more chaos.

Just as I was on the precipice of reevaluating my political affiliations, Trump came storming onto the stage with his racist rhetoric, blatant sexism and disregard for fellow human beings. I supported Marco Rubio in the primary, and then when he voiced his support for Trump, like the vast majority of his GOP colleagues, I decided to stop calling myself a Republican. When you step out of line in a majority Republican community, and in a majority Republican family, you find out just how dearly they cling to their beliefs—even more so if you’re a woman.

My views of Trump had already dramatically affected so many of my relationships, and I knew his victory would create even more chaos. The people I was surrounded by were emboldened by their new leader. One uncle was excited to “kick out all the Muslims,” and a coworker nonchalantly explained that “Mexican kids” should be deported with their parents so that her kids can have their classrooms back. One of the many cops in my family, someone who used to talk about the hand signals police would use to point out Black individuals to their colleagues, was excited to have a pro-law enforcement president. These views were now considered acceptable and could be voiced openly without feelings of shame, the once quiet symptoms of a disease that grew unchecked in Lincoln’s party until it was too late and a nationalist was in the White House.

In the years since the election, I’ve been told by my aunt that my dead grandparents would be ashamed of me. I’ve been told my support for the kneeling football players and Black Lives Matter is a betrayal of my mostly cop and military family, many of whom I haven’t seen in years because: politics. I’ve been told that I’m “spitting in the face” of my dad’s 30-year career in the Army—a statement he doesn’t agree with, thankfully. “So disappointing,” my friends told me, “I thought you were an independent woman and free thinker, not a liberal.” Family members I had good relationships with deleted me off social media and sent me notes about how disappointed they were in me for sharing an article on systemic racism or writing a post about refugees or not supporting the “most pro-life president we’ve ever had.”

“”
After years of watching cruelty win the day, I’m exhausted.

I’ve Seen My Neighbors’ True Colors, and They Frighten Me

The Trump supporters in my life didn’t set out to have political discussions. They came with the intention to wound. Some even stopped speaking with my parents for supporting me. Opening up my inbox was a game of guessing who I was now on the outs with, but it also began to feel as though those messages were some sort of welcomed redemption for my part in helping the Republican Party before.

I don’t say all of this for pity. The fear of this kind of shaming held me hostage to certain views growing up, but now I have thick skin and I can see these manipulation tactics for what they are. I know so many individuals who faced a similar type of expulsion or distancing from their families and friends for walking away from the GOP. Thankfully many of us have found solace in one another.

Now we find ourselves in another election year, with another choice to make. I’m horrified on a daily basis by our president’s actions. I’ve learned to accept the position of “local outlier,” especially at work where the usually playful political commentary often turns into full-on debates. His hold on my area in Northern Wisconsin is as evident as the Trump flag in the yard to my right and the “Back the Blue” sign in the yard to my left. Also evident is the irrational fear of all that is different, including people. Racist remarks are now so frequent that my looks of disgust have become the social oddity, and my rebuttals are left unseconded. If I could compliment the president on anything, it would be in his ability to drive people to reveal their true character.

After years of watching cruelty win the day, I’m exhausted. I know I’m far from alone.

Trump has brought out a level of depravity in this country that stems beyond mere political disagreement. He’s dehumanized minorities, belittled women and celebrated barbarism. Droves of people now refuse to wear masks because caring for your neighbor is unfashionable in the patriot’s world, while conspiracy theories and a selective dedication to rights flourish.

I’m Pro-Life, So I’m Not Voting for Trump

I currently live in a part of America where my neighbors find it more heroic to fight for the right not to wear a mask than to fight for the rights of minorities who simply wish to live through a traffic stop. Those who claim to be the most in tune with the Constitution dismiss issues like civil asset forfeiture and no-knock raids, but find the energy to make a picket sign if they can’t get a haircut because of the pandemic. Performative patriotism has engulfed the GOP. For many, a politician’s only necessary qualifications are the placement of “pro-life Republican” in their bio, despite the fact that no Democrat in office is forcing women into having abortions.

In 2016, I didn’t believe that I owed Trump or Hillary my vote, so I gave it to someone else. I was right—we don’t owe any politicians our vote. But this year I choose to give my vote to the immigrant child who is still separated from their family, the Syrian refugee who had their dreams of coming to America and finding safety, Black citizens who live in fear of the enforcement arm of the government, the victims of our country’s growing white nationalist movement and all the families burying a loved one who died of COVID-19 after our government failed to handle the pandemic.

I could go on and on, but it comes down to the fact that having Trump in office has proven to be devastating—even deadly—for countless families. For that reason, Joe Biden is truly the most pro-life candidate. In November he’ll be receiving my vote.