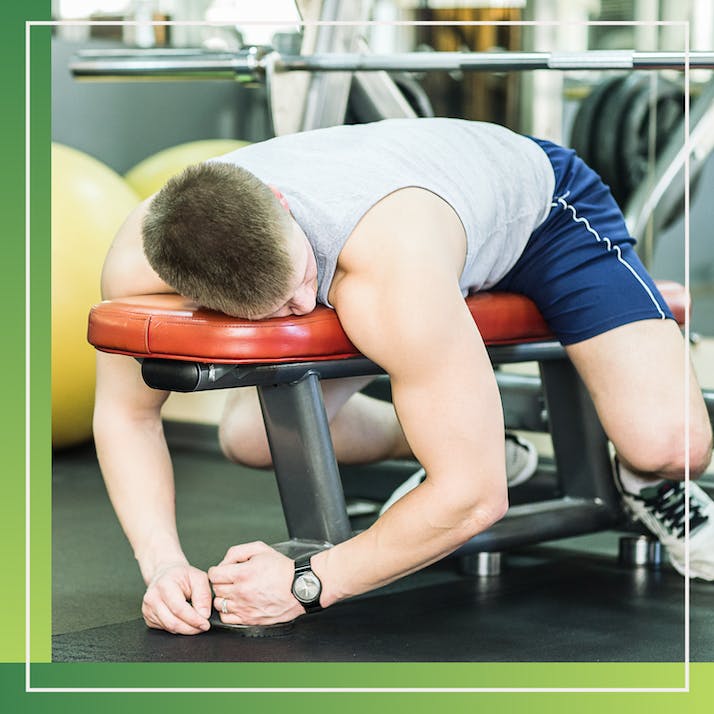 The Lessons I Learned From Sports May Have Saved My Life

A young woman who began watching gymnastics while bedridden explains how the life lessons she learned from sports helped her recover.

Strains of my high school’s fight song echoed down the hallway. The teachers shooed my classmates into the gym, where they sat shoulder to shoulder on the bleachers. As my class wandered down the hall in the direction of the pep rally, I ducked into the orchestra room to hide.

Despite growing up in a football-worshipping small town, my interest in sports hovered somewhere between copying from the dictionary and going to the dentist. Pep rallies represented everything I despised about sports: a maniacal loyalty that always seemed to involve screaming at a television, games full of boring rules that dragged on for hours and the glorification of a hyper-masculine culture that I didn’t care to understand.

I didn’t like participating in athletics any more than I liked watching them. I hated sweat, exercise and anything that required me to wear tennis shoes instead of ballet flats. One of the best parts of graduating from high school was the end of mandatory phys ed classes. Never again would anyone make me change into ugly gray clothes, run laps or memorize rules to a sport I didn’t want to play in the first place.

“”
I didn’t like participating in athletics any more than I liked watching them.

I Thought I Hated Sports, Until I Discovered Gymnastics

My dislike of sports continued through college and beyond. I attended a small liberal arts college where like-minded peers shared my disinterest in organized athletics. Occasionally a friend would drag me to the gym, but for the most part, I avoided exercise the way most people avoid parking tickets or spam emails. I thought I had escaped the world of sports. Then a sudden severe illness in my 20s caused my muscles to atrophy almost overnight.

After my diagnosis, my doctor prescribed high-dose steroids. The steroids were my only chance at surviving, but they also temporarily worsened some of my symptoms. They increased the muscle weakness my disease caused until the muscles in my legs and arms were completely atrophied. Less than a month after I first got sick, I was bedridden. Too weak to lift a coffee mug to my lips, I drank out of a plastic travel mug with a bendy plastic straw shoved through the hole in the top. I was too weak to even lift my feet from the floor, so when I got up for my weekly doctor’s appointments I had to shuffle the few feet to my wheelchair. My legs felt like noodles under me. I was terrified of falling because I knew I wouldn’t be able to get back up if I did.

I’d lay listlessly in bed while my peers went to work, hung out at bars and walked effortlessly wherever they went. My caretaker helped me stack cartons of books, snacks, medication and water in the bed beside me. Even sitting up in my wheelchair was exhausting. I needed three days to rest and recover after each doctor's appointment. I couldn't walk, sit up for long periods of time or even knit. But I could prop my laptop on some pillows on my stomach and watch YouTube videos. One day, a video of a gymnast named McKayla Maroney popped into my feed.

Gymnastics Empowered Me to Pursue the Impossible

Since then, I've watched that clip more times than I can count. McKayla stares down the runway. A green light flashes. She pulls one foot back, stretches her arms in front of her, then charges fearlessly towards the vaulting table. After a round-off onto the table, her body shoots into the air, reaching an impossible height before she twists down toward the mat. She sticks the landing. Her face bursts into joy as she jogs off the podium.

Something about her performance resonated with me. At a time when even getting out of bed seemed impossible, it amazed me that this gymnast had trained herself to do something that also seemed impossible. After watching McKayla’s vault, I began binge-watching gymnastics videos, starting with the greats. I saw Nadia Comăneci earn the first perfect ten. I watched Shawn Johnson flip her way to Olympic gold on beam, Dominique Dawes tumble on floor and Nastia Liukin fly between the uneven bars with ease and grace. Before, when I thought of sports I’d always pictured grunting men in football helmets and screaming matches between referees. But gymnasts wore hair ribbons and lipstick—no ugly tennis shoes in sight. It combined elegance and strength in a way that made sports make sense to me. I had never known that they could be so beautiful.

I Channeled My Favorite Gymnasts' Energy Into My Recovery

I also devoured the training videos gymnasts posted. Most elite gymnasts train between 20 and 40 hours a week. I watched them perform routine after routine, climb ropes using just their arms and walk on their hands across the gym. I watched them fight through torn tendons and broken bones. Their determination was the fuel that pushed their bodies to flip and twist through the air in a way most people couldn’t even imagine. A spark of inspiration grew inside me. If these young women could train themselves to achieve the impossible, maybe I could achieve my own impossible dream of relearning how to walk.

Six months after my diagnosis, I was finally well enough to start tapering off the steroids. My muscles were still weak, but I began to feel a lightness in my limbs rather than the wet-noodle feeling I’d grown used to. I’ll always remember the day I climbed out of bed and shuffled to the couch in the living room for the first time. My caretaker brought me coffee in my favorite mug to celebrate. When I realized I was still too weak to lift the cup, I stuck a bendy straw in the top. Then I watched more gymnastics videos and vowed to make lifting the mug my next goal. After walking to the couch got easier, I started walking to the kitchen, then to the mailbox, then to my car, which had been parked in the garage for almost a year. My recovery was painful and littered with setbacks, but watching gymnastics gave me the courage to fight my disease and reclaim my life. Two years after my diagnosis, moving my legs began to feel as easy as it did before I got sick.

“”
They are recovering, too, just like I am. I’ve realized that each of us is facing our own impossible challenge.

In 2015, the USA Gymnastics sex scandal broke. Over 150 gymnasts including Rachael Denhollander, Mattie Larson, Aly Raisman and Jordyn Wieber testified against team doctor Larry Nassar, who was convicted of serial sexual abuse. McKayla Maroney revealed that she had been molested by Nassar the night before she won her Olympic silver medal. From the second-floor apartment I’d moved to after I regained the use of my legs, I watched young woman after young woman testify at the trial. Their stories were shocking and the trauma they’d endured showed in their words and in their expressions. But their voices rang out strong and determined.

These days, I’m able to work, climb the stairs to my apartment, walk my dogs and go out with friends. I cheer on my favorite NCAA gymnastics team every weekend of the season. I do Pilates and yoga to keep my body healthy, even though I’ve resigned myself to being the worst in the class. But I still have days when the traumatic memories of my illness feel more real than the friends that surround me. Some days, recovery feels like a never-ending road. On those days, I think of McKayla Maroney, Jordyn Wieber and the other gymnasts who testified.

Despite the superhuman strength they displayed on vault, bars, beam and floor, their true power showed when they spoke their truth with the world watching. Aly Raisman and Simone Biles have talked openly about going to therapy. They are recovering, too, just like I am. I’ve realized that each of us is facing our own impossible challenge. No matter how healthy someone looks on the outside, on the inside every one of us is fighting to rebuild.