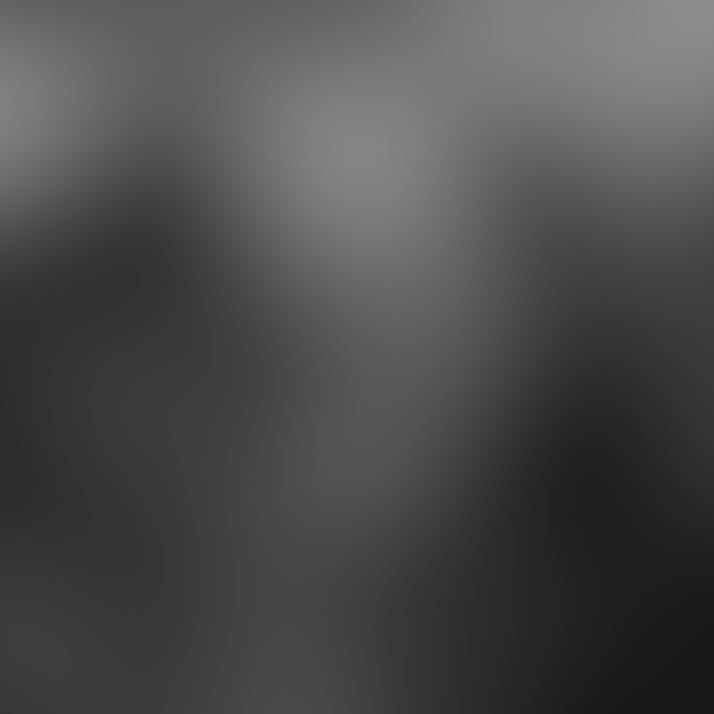 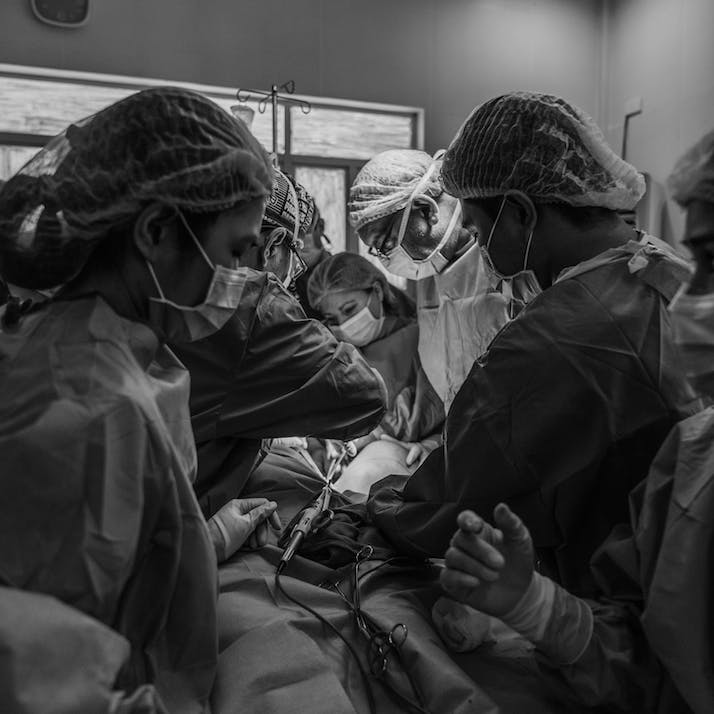 Life After Liver Transplant Surgery and the Great Unknown

After a frightening near-death experience, a man finds a life full of appreciation and mystery.

Like most people, I suspect, when I see an unknown phone number pop up on my phone, I ignore it and carry on with my day. For the last two years, those unknown phone numbers were a source of extreme and instantaneous anxiety and, in some cases, dread. I remember vividly the markings on the asphalt that I was looking at (right down the street) when I had to call my parents and a couple of my close friends and tell them that I just got a call from one of those “unknown numbers.” It was my doctor, informing me that I needed to be admitted immediately and begin an aggressive treatment plan for a cirrhotic liver.

At the time, after a battery of tests, the medical team finally realized the extent to which my liver was failing and with brute, mathematical honesty they told me that I had six to 12 months to live if I did not receive a transplant. They would put me on an aggressive program of medications, but there were no guarantees. It was pretty numbing, really: I was immediately a little terrified, definitely very depressed, but mostly in a state of shock. Honestly, I didn’t want to die, and I wept.

It took me a couple of days to drag myself out of a desensitized state whereupon I decided that I was going to do everything in my capacity to try to beat the odds. The initial drastic changes—no more alcohol, strict reduction of fluid intake, over ten different daily medications three times a day, and so on—seemed manageable to me, if not a little confusing. One the one hand, I suspected it would be easy to stop drinking because I knew that those six to eight drinks a night were taking me down a very unhealthy road.

But I also was terrified to admit to loved ones that this was the probable cause of my accelerating liver failure. (I learned later from the doctors that, most likely, my liver was damaged from the start, but the alcohol consumption didn’t help.) Nonetheless, I knew I still had nicotine as a crutch, if necessary, and the thoughts of possibly surviving—despite the doctor’s life expectancy projections—were enough for me to be open to the possibility that things could, one day, go back to the way they used to be.

I’ll save the dramatic ending: They didn’t and, my guess is, they won’t ever.

“”
The initial phases of the whole treatment process involved a lot of uncomfortable, humbling, embarrassing and lonely moments.

The First Step Toward Recovery: Get on the Waiting List

The initial phases of the whole treatment process involved a lot of uncomfortable, humbling, embarrassing and lonely moments. The most pressing goal was to get onto the donor list. I was very naive and thought that people would just be automatically placed on this list once the doctors determined a transplant was the best option. Not the case. First, I had to, you know, remain alive. Assuming I achieved that, I had to demonstrate some sort of progress in order to get onto the list in the first place. By progress I mean, I had to physically pass benchmarks that my body was healthy enough to endure a major surgery—e.g., manageable stress levels, good cholesterol, blood pressure and so forth.

I also had to demonstrate that I had the potential to live a healthy life after transplant (read: you’re not going to go mess it up by drinking, doing drugs, etcetera). After a series of interviews, appointments, tests, sessions and the lot, my doctors thought that my odds were good enough that I should be provisionally considered for the national donor list. In other words, I graduated to the “might not mess it up” group.

However, to prove that I could accomplish this, I had to go to Alcoholics Anonymous meetings consistently for a year. This was probably the most humbling, but also eye-opening, experience in the whole ordeal. The people I met in these meetings were good, caring, loyal people, if not occasionally haunted by demons. Some went to meetings, like me, once a week, and some went two to three times a day—the meetings were a sort of lifeline.

I don’t go to those meetings anymore, but I learned a few things from them. I gained a deeper understanding of the struggles people go through. In people’s weekly remarks, I became acutely aware that, in many cases, these people were “thrown” into their life circumstances. My initial thoughts were that I was literally meeting with the type of people existentialist philosophers speak about when they talk about the absurdity of life and of the anxieties and insecurities inherent to our existence. Of course, many of the people I befriended made some stupid decisions, but, from my experience, they were really trying to move forward. As I am writing this, I cannot begin to imagine the difficulty these “friends” are having while dealing with the COVID-19 shelter-in-place edicts.

“”
I think the first words were, “Hi, Mr. Doe, congratulations, you have a new liver.”

Getting an Organ Is Plagued With Unexpected Problems

After a time, I was eventually placed on the national registry. Now, somewhat ironically, those unidentified phone calls started appearing again. Yet, this time, one of those calls might’ve indicated that I had a chance to live. The anxieties returned, but this time for a slightly different reason. I would now officially be in a situation where I may have to make a split-second final decision to have the operation. Despite my fortunate circumstances, this is still a procedure that carries risks that aren’t ideal: It’s why patients have up until the last second to decline the procedure.

Nonetheless, in the months following my notification that I was on the national donor list, I received three opportunities to receive a transplant. From my understanding, this was rare in the relatively short ten-month period I had been on the list—some people are on it for years. The first call came at about 5 p.m. one night. I rushed to the hospital to learn that the organ was being transferred and that the operation would occur at 11:50 p.m. Those were some long hours. Everything was in place, but I had to dwell on the possibility of never waking up again. At around 11:55 p.m., the nurse came in and simply said, “I’m sorry. The surgeon just didn’t like the final looks of things and doesn’t want to transplant.” I had heard that this was a possibility.

The second opportunity came months later. It was around 3:30 a.m. This time, I didn’t receive the call because I didn’t hear the phone ring. It was the one night in my months of waiting that I had forgotten to take it off vibrate mode before going to sleep. I woke up to about ten missed calls. In those messages, I was informed that I was the first alternative for a transplant, but if I didn’t return the call very soon, I would be bumped off the list. I don’t have the words to describe what that felt like: “Stupid” and “careless” don’t begin to encapsulate the experience. “I just missed my one chance at living a full life,” I kept thinking to myself. When I got through I found out that my window had passed.

Not All Liver Transplant Recovery Stories Have a Happy Ending: Mine Does

The last call I received was five months ago. Despite having a good idea of what to expect, it was still surreal. There is not much to the story really: I received a call and was told that they had a liver. I immediately felt a rush of emotions, but somewhat calmly told the nurse that I would quickly pack a bag and drive to the hospital. She promptly, steadily told me to stop everything I was doing, not pack a bag and immediately walk out of the house with my keys, wallet and phone and come directly to the emergency room. I would be met in the lobby by one of the doctors who would, in turn, take me directly to pre-operations.

So, I drove to the hospital, met a nurse who escorted me directly to a hospital bed and, as a team of other nurses took blood and put me in a gown, I signed the release form that relinquished the hospital of any responsibility should I not survive the surgery. A doctor had the anesthesia mask above my head to put me under. That was that, and the next thing, I vaguely remember a strange feeling like the in-between state of trying to wake from an uncomfortable dream. I think the first words were, “Hi, Mr. Doe, congratulations, you have a new liver.”

The story sort of ends here for now. Recovery has been difficult and was quite painful at first. I’ve tried to learn the virtues of patience and endurance. Most importantly, I still think about the unknowns: Now they don’t come in the form of an unknown phone number, news about irregular blood tests or the fact that I might have to rush to the hospital. Now, it’s a strange, inexplicable feeling of the unknown person who died and gave me a second chance at life.