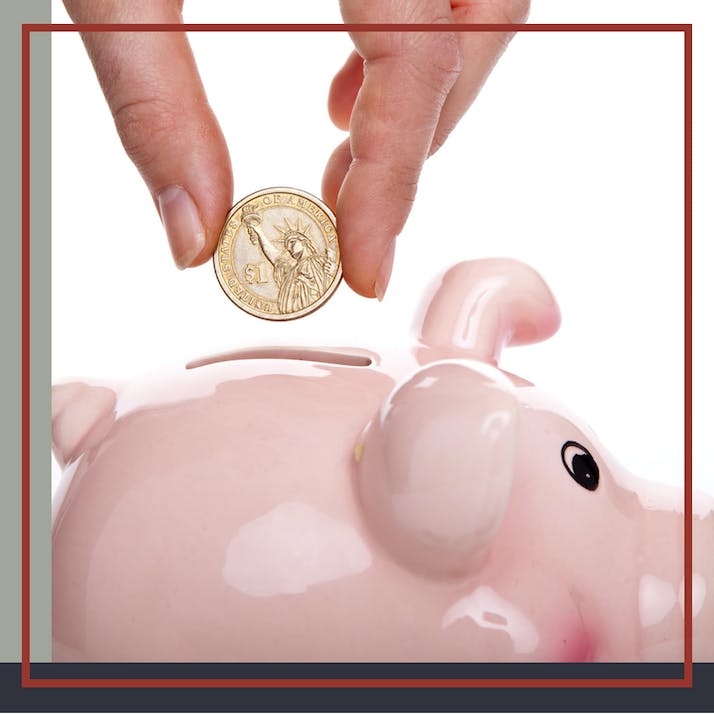 This year, the State of Washington passed a progressive healthcare policy that aims to address services for low-income families and issues with the state’s Medicaid budget. The new Long-Term Care Trust Act tackles the idea that as we age, poverty and financial distress will prevent Washington residents from being able to afford long-term health services such as nursing care. Washingtonians for a Responsible Future states that: “Median retirement savings for people over 65 is just $148,000, while the lifetime cost of care averages $260,000. Medicare covers only limited long-term care for skilled nursing care or rehabilitation, leaving most people uninsured for their long-term care needs.” The fix for Washington residents? A tax that forces you to pay into your own nursing care funds.

What’s interesting about the long-term care tax isn’t that Washington’s Governor Jay Inslee has no faith in his residents to control their own spending but that each resident’s return when they need access to care is laughable. Here’s the big win for your lifetime contribution to your own spending account: a maximum benefit of $36,500. If that doesn’t sound like it will do much for you when you need living assistance, you’re right.

According to the Genworth Cost of Care Survey in 2020, a nursing home in Seattle will cost you around $10,621 per month. The tax itself currently stands at 58 cents for every hundred dollars in income, which may not sound like a large sum of money upfront. However, the median income in Seattle has surpassed six figures, meaning young, healthy residents working average Seattle salary jobs are holding up the policy for the rest of the state. If you’re reading this from outside of Washington and chuckling to yourself, trust me, I get it. But if you’re living in the Seattle area, you understand that making $100,000 per year means you’re struggling; the cost of living here is laughable and frankly, insulting. If Amazon, Google or Boeing ever leave our state, we will crumble—rightfully so.

What if you end up not needing assistance at all? Perhaps you stay healthy until the end of your life or pass away without prior disability. You, or your family, will never see your savings returned. What’s even worse, if you choose to relocate out of the state at any time, your funds won’t be following you along. None of this matters to Washington lawmakers, who are more concerned about trying to fix our failing Medicaid program and skyrocketing health insurance costs by increasing our taxes. Why continue to fund inadequate leaders?

“”
If that doesn’t sound like it will do much for you when you need living assistance, you’re right.

If you’re like me, the thought of paying into savings you may never utilize or get a return on feels like a financial gamble. What’s the harm in saving my own money? Even if I put in less than the $36,500 over my lifetime in tax, most individuals place their retirement funds into stock for higher growth regardless. At the very least, I always have access to my savings if I need it in an emergency. The point of the tax isn’t to be charitable to other residents at face value, though you staying healthy or passing away early certainly benefits others when your funds are then shared. As a contributing member of my local community, I spend more than 58 cents on the hundred dollars to charity and believe I can handle my own finances in the way I see fit. The only silver lining to the new policy is the “opt-out” option.

Opting out isn’t really opting out, though. By law, any resident who wants to avoid the tax must either have or obtain their own private long-term care policy to prevent being a “burden” to the state. Regardless of Washington’s extremely high taxes and healthcare costs already (a single-person plan can cost up to $600 per month with poor drug coverage), the local government still can’t seem to get the cost of living right for West Coast dwellers. Because I don’t plan on staying in Washington for more than another decade, I decided to search for my own private long-term care policy in addition to my current health insurance plan.

I was one of the early residents jumping on the opt-out option, immediately choosing between two plans that best fit my budget and most closely resembled the amount I would be paying into the tax based on my income. The process took months, with multiple meetings with my advisor and pages of paperwork to fill out. When my application was finally in, I waited for a phone interview to discuss my health history. As a licensed healthcare provider myself, I wasn’t too worried about my interview and knew the questions I would likely be asked: when my last tobacco encounter was, how much I weighed or my family history of cancer.

While I was waiting for my interview, my advisor began to express her concerns with insurance companies doubling and even quadrupling their premiums. With countless panicking residents feeling backed into a corner, many began to opt-in and then drop their plans to escape the tax. Because Governor Inslee only gave Washington residents a few months’ notice prior to the tax, insurance policy underwriting was backing up and ultimately led to many pulling out of offering plans altogether. Now private policies were for the lucky and the wealthy because private organizations will never keep up with impossible financial government demands. I felt cheated.

My phone interview finally came, which lasted about an hour. I wasn’t just asked the basics; I was asked questions about my future choices that would pose any potential danger to my life. Questions like, “Do you plan to climb a mountain? Do you ever plan to skydive? Have you ever had a blood draw in your life, and what were your results?” As I answered each question honestly, I suddenly knew which question was going to catch their attention. I have had minor lifelong epilepsy, a specific kind of seizure condition called focal onset aware seizures. Despite never losing consciousness during a seizure, only having one seizure in five years and taking my anticonvulsant religiously, I was denied a policy. Now, only two months away from the opt-out deadline, I’ve been fighting for a full medical record review and ultimately don’t know whether I will ever get private coverage. Because of something I have no control over, I’m left with no choice but to pay into a tax I will never utilize when I leave my home state.

Socialist Health Care Values Can Be Better Utilized in Capitalism

It’s funny; when I hear millennials talk about the benefits of socialist health care policy, keywords like “equal,” “fair” and “moral” often overtake the conversation. I come from a military family where both of my parents served in the Army, my father-in-law in the Marines and my grandfather in Vietnam. I was with my grandfather the day he passed from a lifelong Agent Orange lung injury and feel forever indebted to him for his sacrifice. My family all fought for American freedom, the freedom to choose our own path. Citizens of communist and socialist countries aren’t allowed this privilege. Their leaders feel they know best, but a baby born in America will grow up with unlimited potential. I cringe when I see my friends on social media post about socialism from their $1,000 iPhones, wearing nice clothes, from their favorite coffee shop. They’ll never know what it’s like to grow up in true poverty, lose a father to the draft or never have the option to handpick their medical provider. Words like “fair” or “moral” are tossed around like they have no weight behind them.

In 2021, capitalists are painted as selfish or careless for simply wanting control over their finances. While I believe every individual should be as charitable as possible, and many capitalists are, forcing taxes upon residents to pay for their healthcare services under government guidelines has been unequal, unfair and immoral for me and many residents along the way. My experience with the Long-Term Care Trust Act is a perfect example of how a big-government program can easily go sideways. I’m left asking myself, “Why can’t I take my funds with me when I leave? Why can’t I get coverage just because I have a chronic condition? Why can’t my funds be passed down to my family if I die without disability?” When a socialist-type health care policy hits your state, you should ask yourself the same questions. You should also ask yourself why a policy was passed without your vote. We trust our politicians to keep our best interests in mind, but they often make policies without a public opinion.

The values behind socialism are merciful, compassionate and kindhearted. Those values match the values of the everyday American capitalist as well. Our healthcare system isn’t perfect, especially in Washington state. But control of my finances allows me to contribute to my health in the best way I see fit without stripping me of financial investment. This way, I can share my additional wealth, whether with finances or in volunteer time, in community-building ways.

If you’re a socialist, you can carry your values into society without supporting unfair health care policies. Serve at a low-income mobile health clinic, donate your daily latte money to a hospital or nursing home charity or start a fundraising campaign for an individual in your community that you know needs assistance. As Winston Churchill once said, “The inherent vice of capitalism is the unequal sharing of blessings. The inherent virtue of socialism is the equal sharing of miseries.”