Letter From Prison: I Bought and Sold a Human Being 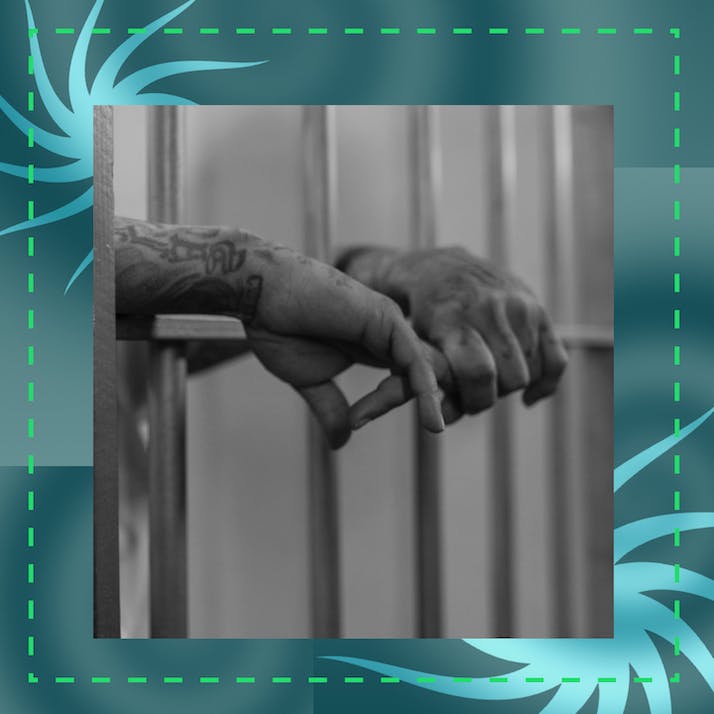 Letter From Prison: I Bought and Sold a Human Being

All it took was $20 and a couple of white lies.

The riot was minor, over before it even started. The correctional emergency response team had been in the dorm and put many of the participants’ chests on the concrete before any real harm could be done. Adding to the misery of the beatings, the men caught outside their cells were unable to rest their heads on the floor—broken toilets had flooded the dorm with three inches of water.

Locked down inside my bottom-range cell, I had rescued my clothes, books and legal papers from the lowest locker shelf before the water could reach that high. Watching the filth wash in through the door, I resolved that finding a cell on the top range was my next priority. A few days later, when the punishment lockdown was ended, my bunkie and I paid Kenny a pack of tobacco to scrub out the cell while we sat in on a card game, gambling in the common area.

Kenny was one of those unfortunate types of which the world has many. Being young, pale, redheaded and mentally challenged did not make him special. Being convicted of arson and sentenced to 20 years as a teenager did. There are no breaks given on an arson charge. Kenny would serve every day of that sentence in the worst place on Earth as best he could.

Before I had ever met him, he had survived being an abused child in prison. Now, a step up the ladder, he was a sock washer, a do-boy available for any job for a couple bucks. But he had gained an internal radar that warned him of who were the most dangerous of his fellow prisoners. Most of the time. In my quest to improve my real estate situation, I was overheard on the upper range asking Bird if anyone was short (due to be released soon), thus freeing up a bunk.

“This bunk is available,” Bird’s cellmate, DD, offered. “If you can get me in the cell with Kenny."

"I might be able to do that,” I replied. “You'll cover reasonable costs?”

Soon, it was agreed.

I Began to Make a Life-Changing Trade for $20

I was new to prison. Having turned 26 in a rural county jail with a fresh life sentence at the end of an outlaw biker lifestyle, my two years in the prison system were still part of a learning period. It was the beginning of 1991, and the only homosexuals I knew were the obvious, the flamboyant and the dying. That someone could be gay and not be one of those three was beyond me. So when DD stated his terms, I assumed he just wanted the do-boy housekeeper.

Kenny shared a cell with my bunkie's friend, Li’l Rick. The value of anything is how badly the buyer wants it, and if Li’l Rick thought I wanted this badly, it would cost a lot. The next time Li’l Rick visited, I suggested, "You and bunkie here are pretty tight; why don't you and I just swap cells?"

He looked at me a little questionably from the side of his eyes and grinned.

“You want to be Kenny's bunkie?”

“I could stand it,” I said. “The better side of this is that during lockdowns, you two wouldn't have to stop these marathon chess matches.”

But for a $20 bill, we made it happen. I bought a human being. "It's a deal," I said. "You talk the officer into approving the trade, and I'll give you the money when the move order comes."

Two days later, during count time, the dorm officer told me to pack up and go to cell 112. I passed Li’l Rick the $20 as we met each other while moving.

Prison Will Exploit Any Weakness or Vulnerability You Have

Kenny was hyper-ecstatic when he saw his bunkie and me trading cells. I'd spoken to Kenny in the past—never in-depth conversations because I was living out the habits of having been an outlaw biker since age 15, and he was a chain gang do-boy, lifestyles very far apart in the pecking order of prison life. Moving into his cell could have only been good for his quality of life. Or so he must have believed based on his ten years of chain gang experience.

A few hours later, we were locked behind the door together for the night, and Kenny wasted no time sharing his life story, spilling it out with childlike unawareness of my lack of interest. He reclined on the corner toilet as if an easy chair, telling the tale of a preadolescent orphan bounced from home to home who set fires to remind himself of the last moments spent with a sister and parents. He had intended to join them by dying in his last foster home before he passed out on the living room couch, watching the flames. Firefighters saved his life. Doctors dressed his burned body. A judge sent him to prison. Did I have any laundry he could do for a couple of ramen soups? I'd get a price break because we were cellies now.

I listened in silence to his sad story. I'd heard many others. Prisons are libraries of such stories if one attends with open ears and eyes. Prison tales can break soft hearts—but time in prison can also soften hard ones.

Fresh water and electricity do not make a civil society. Prison is the Wild West without freedom or guns. It’s Darwinism off the theoretical page, wondering how many of your worldly possessions it can take away and how much of your food it can eat before the fight. You weigh the pros and cons of the effort, much as a cat eyes a rat. Any weakness revealed will be exploited, be sure of that. If you believe otherwise, you will die wondering where the assistance of humanity went during your time of need.

Better here to be thought a sociopath than revealed to have a heart.

I Traded a Human Being for My Own Comfort

If I allowed Kenny's pitiful circumstances to be an excuse to not make the trade with DD, it would have been damaging to my image. It would have cracked my persona as an uncaring biker lifer. Then, it would begin the erosion of the wall I hid behind.

I approached the officer the next day, faking anger at being forced to live with this punk. After a bit of back-and-forth involving race and rights and seniority, I was told if I could find someone who was willing to trade bunks, the officer would approve it. Kenny watched me pack, quieter now. "I wish it wasn't DD," he said at one point, but then, he fell silent again, staring at the floor, his head bowed with the weight of options I hoped I never faced.

DD and I traded cells when the noon count cleared. In my new locker on the top range, he had left behind $30 worth of commissary items as the monetary repayment for trading a human being for comfort. The next morning, I was drinking coffee with my new celly, Bird, when Webb, tapping on the doorframe, entered the cell with the news.

During the night, an officer had discovered Kenny with his hands tied together to the post of the bunk bed and DD in the act of anally raping him. Both had been taken away before lockdown ended at 5 a.m. and were now in segregation, awaiting the day shift to sort it all out. I won’t say we were shocked—it’s hard to shock men such as us, but we were both angered at the subterfuge of it all.

In a moment of anger, I remembered an old adage: “When one points a finger, three fingers point back at him.” My anger soon turned inward. Other prisoners would learn about all this, and I could either claim to be a dupe or own my intent and allow my reputation to include the label “sex slave trader.”

I chose to own it. And I chose to make sure to remember; I had not suffered from DD’s action as much as Kenny suffered from mine. Now my heart still aches for each of my actions that can't be undone.