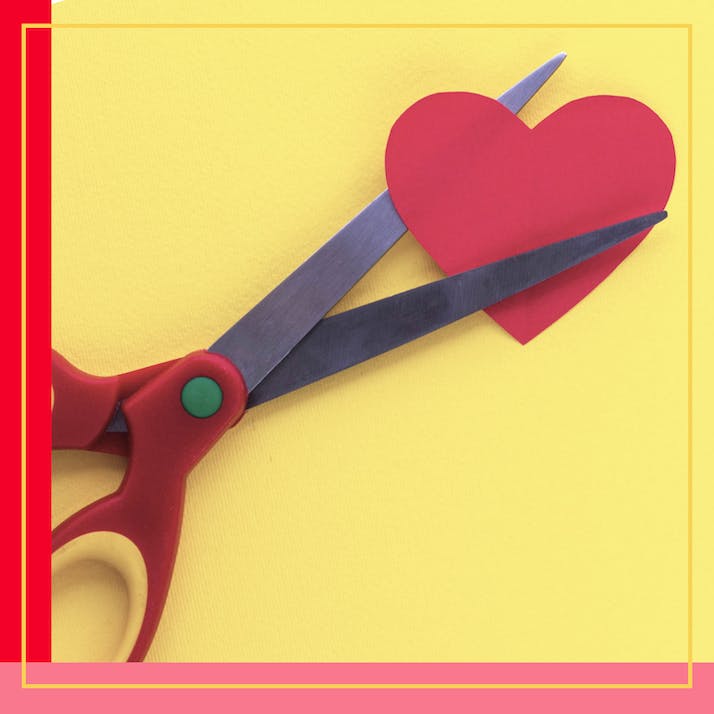 Straight Women: Lesbian Relationships Might Not Be the Answer

Trust me, dating a woman can be just as challenging and torturous as dating a man.

I have lost count of the amount of times my straight women friends have bemoaned the bin fire that is their dating pool. They are spammed with haunted-looking dick pics. They are called fat, ugly sluts for not wanting to reciprocate with "titty pics.” Then, they are ghosted. Usually in that order.

Equally as heartrending are the straight women you and I both know who have run the dating gauntlet and are now in the coveted state of being in a relationship. Unfortunately, a lot of these women are in crap relationships. These unhappy souls put hot wax on their labias, use $50 hyaluronic serums on their faces and demurely silence their own desires for intimacy that doesn't always involve penetration or for their partner to sometimes clean the toilet or to occasionally pick up their shoes from the hallway.

Statistically speaking, they are likely to do this for men who:

I will not go into the grim statistics on bad crimes. This essay is a place for irreverence and levity. It is easy to see why our straight lady friends are exasperated or downright fatalistic about their chances for a happy, or even just sort-of-tolerable, future with men.

“”
I have found being in relationships with women is extremely difficult and demanding.

Relationships With Women Can Be Just as Challenging

One of the things I hear a lot from these beleaguered women is a variation on the theme of "things would be so much easier if I was a lesbian." Today, it is my sacred gay duty to disabuse you of this notion. The TL;DR of the situation is: This isn’t true at all.

I have found being in relationships with women is extremely difficult and demanding. Torturous, quite frankly. And let's not forget that women can be toxic to one another, too. As a caveat, I would say that it’s true that you can expect a lot more emotional intimacy and very deep communication, but, if anything, this can be even harder than being in a relationship with a man—or at least hard in its own specific way.

Queer TikTok is awash with thirst trap content of every stripe. It is a happy place to while away the hours. But don’t let it fool you; queer dating is its own unique hellscape. You probably won't get unsolicited lady-pie pics, but you will get blocked for being a Taurus or ghosted when she finds out that your birth chart has a rising moon in Scorpio. Or you will get sent a picture of the house she wants you to buy together after you have been messaging for two days. Or she will block you when you ask her if she’d like to go for a drink after you’ve been messaging for two weeks.

I was once dating a woman who forbade me from calling her “mate” or “pal” when we were texting because it didn’t make her feel special enough. I also had a nice but very flat first date with a woman who, the next day, just…showed up at my house? I don’t even know how she found out where I lived. She just knocked on my door and asked if I wanted to come “play out,” which could have been charming and vintage, like a late-’90s street kid. But it wasn’t. It was creepy.

You may also spend two agonizing years tip-toeing around the fact that you are madly in love with someone who you are pretty sure is madly in love with you. But neither of you want to presume since you are both sick of straight men presuming that they can hit on you, and you don't want to be creepy, and you also don't want to die of humiliation for reading the situation wrong. After all, they’re just being friendly when they hold your hand under the table and you write each other letters and never stop thinking and talking about each other.

“”
People are tricky, and women are people.

People are tricky, and women are people.

Being in relationships with women involves an unreal amount of negotiation and exploration of feelings and therapeutic exchange and every flavor of emotional labor you can imagine. Even though this can be extremely rewarding, it is also extremely exhausting.

And it’s not true that women are just better at that stuff; I have been with women who are manipulative, who make me feel taken for granted, who treat me poorly in front of others while claiming to care deeply about me, who breadcrumb, who ghost, etc., ad nauseam.

Internalized misogyny is a bad, bad beast, but even I drew the line when a woman I was dating said, “Eww, what is that?” at some underarm stubble (not a full armpit bush). Some years later, I was going out with a woman who, like me, also dated men. We had been dating for a little while, and I introduced her to some of my friends on a chilled night out in a bar, where she proceeded to regale us all with graphic stories of how excellent she is at giving head to men and how much she prefers it.

Straight women of the world: Lesbian relationships are not your panacea.

If you are looking for simple, unconditional love, get a dog.