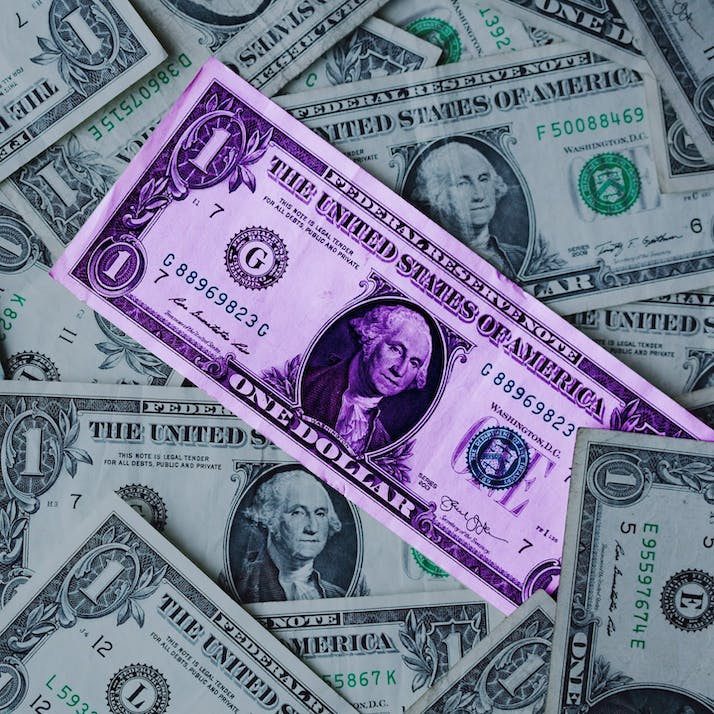 The Legacy of the Pink Dollar: Gay Cliches Have Created Unattainable Myths

Though white cisgender gay men like me are more privileged, our portrayal in media creates lofty expectations.

I grew up with a somewhat ambiguous idea about what I should be as a gay man. I came out in 2003, at age 16, and only because I had a huge crush on this guy in my German class who would rock up in shorts, while his tanned, muscly legs taunted me from across the room. Not able to keep the thirst to myself, I vomit-confessed everything to a girlfriend, who ironically had sent me love letters just a couple of years before. Poor Sarah.

In a way, I was finally at peace with my true self, relieved to finally not have to live a lie. The years of pretending I fancied the most popular girls in school—when really I just wanted to be them—was exhausting. But I had nobody like me—an introverted, working-class gay youth—to look up to, especially in the public eye.

While there have been gay characters on American TV for decades, their representation has been broad, colorful and often messy. In the 1970s, Hal Holbrook played a divorced dad who hid his sexuality from his son in the made-for-TV film That Certain Summer, which is believed to be one of the earliest sympathetic depictions of an LGBTQ+ character on our screens. In the 1990s, we had landmark moments like Ellen coming out in her self-titled series, plus the U.K. and U.S. versions of Queer as Folk, before probably the most famous of all, Will & Grace.

It was seen as radical at the time—and it is certainly still groundbreaking—to have gay protagonists. Will & Grace’s lead Debra Messing has been quoted as saying she didn’t think they’d make it past three episodes, which is extraordinary considering how successful the sitcom was and still is, two decades later. But shows like this and Queer as Folk dealt with stereotypes and cliches that made their characters difficult to empathize with. Don’t get me wrong, I love Will & Grace; in fact, I’m binge-watching it right now. But the gays are either rich (Will) or infantilized and have zero cares in the world (Jack). These weren’t exactly healthy or realistic goals for someone like me, who was just looking for something real.

“”
These weren’t exactly healthy or realistic goals for someone like me.

LGBTQ+ People Are Still Not Accurately Portrayed in Media

We’re still told that richer is better, that money makes us complete, that this is the only way we’ll be accepted. According to a 2019 report by the Williams Institute, 22 percent of the LGBTQ+ community live in poverty, compared to 16 percent of cisgender straight people. This is, of course, extremely nuanced. Lesbian cisgender women and the transgender community fare worse than cisgender gay men, and if you’re an LGBTQ+ person of color or someone who identifies as disabled, the odds against you are even more stacked.

Though white cisgender gay men like me are significantly more privileged than some of the other members of the LGBTQ+ community, the way we’re portrayed on screens and in the media is still unrealistic. As we are, thankfully, granted more rights—like being able to marry and being able to have our own children (if we’re out)—this utopian view of us living long, fruitful, easy lives is becoming more and more difficult and dangerous to digest.

Take having children, for example. My husband and I desperately want to start a family, but the amount of money it can cost, especially if you go down the surrogacy route, is kind of revolting. I’m in the U.K., and after pulling my hair out researching, I found that it can be as much as £50,000. In the U.S., you’re looking at between $60,000 and $150,000, though there are organizations that offer grants if you’re a citizen, like Baby Quest and helpusadopt.org. When I’ve told friends and family how hard it will be, they’re shocked. Why? Because all they see is "poster gay parents," like Neil Patrick Harris and Ricky Martin, who, on the face of it, seem to pluck children out of thin air—or, at least, this is what the non-LGBTQ+ people I have spoken to see.

I blame the “pink dollar,” a marketing term coined in the 1990s, which singled out cisgender gay men and women in particular and the need to take advantage of their supposed disposable income. The positives of this were considerable, creating an opportunity for these groups to legitimize themselves through their purchasing power and demonstrate their value to mainstream companies. It may now seem frivolous but great strides in equality were made through this initiative. Trouble is, the pink dollar came to represent all of our community, with no subjectivity.

“”
The pink dollar came to represent all of our community, with no subjectivity.

The LGBTQ+ Community Just Wants to Live Like Everyone Else

As we have gained more rights, our priorities seem to be changing. When Will & Grace aired, its titular gay character was able to lend his friend, Jack, thousands of dollars without a moment’s hesitation. Now we’re starting our own families and, dare I say it, worrying about the same things that our cisgender heterosexual counterparts have been for centuries.

Such people still represent the minority of the LGBTQ+ population. The reality is, we’re not all millionaires who can have designer babies, and many of us are unable to even purchase a house because of the discrimination we face. According to research published by the Proceedings of the National Academy of Sciences journal, 73 percent of same-sex couples were more likely to be denied a mortgage than financially similar heterosexual couples.

Though many of us embrace our uniqueness, we are starting to strive for "normality" and conforming to this idea of settling down. Perhaps things are gradually changing. On TV screens, we’re starting to see a wider range of experiences and, more significantly, storylines that don’t center around our sexualities. In Euphoria, the lead character Rue is a complex, beautiful queer human. Even cartoons are getting in on the action, with She-Ra and the Princesses of Power as a glowing example. Finally, it seems like we have role models for young LGBTQ+ people to look up to—and more importantly, relate to.

I want people to stop making assumptions about me and my community. I want to be seen as a person with my own journey—not just somebody who stands under a large, colorful umbrella. At the same time, I want acknowledgment for how much harder our journeys are, especially when it comes to having kids. Is that so much to ask?