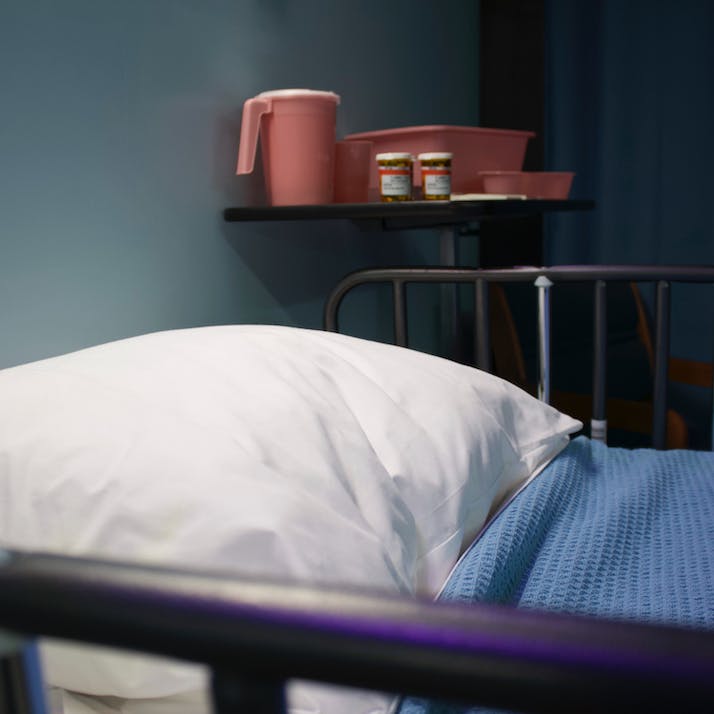 Will I Be Left to Die in a Second Coronavirus Wave?

A chronically ill British woman wonders about her fate in light of COVID-19.

With non-essential stores reopening and much of the population flouting social distancing rules, many in England are worried that there is second wave of COVID-19 on its way.

One group that is particularly fearful of one is disabled and chronically ill people. I’m one of them.

I have a whole host of illnesses—arthritis, osteoporosis, asthma and the autoimmune system disorder lupus, to name just a few.

While disabled and chronically ill people have been panicking that we might die, the most the government’s done is send letters to vulnerable people telling us all to stay inside. Most of us have now been sheltering in place for 13 weeks, and even though the government has hastily announced that we’re now allowed out, many of us are reluctant and wary to leave the house, fearing it’s too soon to go back to “normal.”

What Happens If There's a Second Wave?

My biggest fear is that if the second wave should come, will we be prepared enough for how many new cases will come with it? And if not, who will be the ones to suffer?

When the National Health Service is on its knees and has to make a decision between providing care to someone who is usually healthy and more likely to pull through, or someone with a weakened immune system and breathing problems, I know who a doctor would pick.

If it comes to this, will I be left to die?

This is the thought that keeps me awake at night, and makes me terrified for my equally sick grandparents and my sick friends in America, where the both the coronavirus situation and access to affordable health care is even worse.

When our Prime Minister Boris Johnson said in his first press briefing, “We will lose many loved ones,” I heard, “Sick people are collateral damage. Deal with it.” It wasn’t a promise to save as many lives as possible, but more a pre-emptive admission of defeat. People are going to die, he seemed to say, and there’s nothing you can do about it.

At the same time doctors in the U.K. were sending patients with pre-existing conditions and the elderly forms recommending they sign a do-not-resuscitate order should they be hospitalized with COVID-19. This made the disabled and chronic illness community terrified.

There was news coming out of Italy—which was two weeks ahead of the U.K.’s rapidly increasing death toll—that doctors were having to choose which patients to save based on their healthiness before the virus struck. Coupled together, both of these things gave a strong signal that we weren’t worth saving, and that we should do doctors a favor by not making them choose.

“”
We joked then that it might be the last time we’d be together for a while. We didn’t realize how right we were.

I've Already Been Sick Once; I'm Not Sure I Can Take Another Blow

Around this time, I began experiencing what may have been mild symptoms of the illness. I’m still not sure. I had a persistent cough. I was exhausted, and it felt like I had a massive weight on my chest, which I affectionately named “Dwayne ‘The Rock’ Johnson.” Despite my pre-existing health conditions, I wasn’t considered at-risk enough to qualify for coronavirus testing, mostly because I live in quite a deprived healthcare district and there weren’t enough tests to go around. My local healthcare authority had been advised only to give them to those with severe symptoms. Instead I was told to stay at home and isolate myself for 14 days.

I recovered after ten days but my energy still hasn’t come back. I’m still not sure if it was COVID-19 or just a really bad chest infection. All I know is that I’ve never felt this ill in all my life, and that’s saying something considering I’ve nearly died at least four times.

Since March 18, my world has shrunk dramatically to my house, my block where I walk the dog daily and the supermarket I visit twice weekly. I haven’t seen any family in person since mid-March.

We joked then that it might be the last time we’d be together for a while. We didn’t realize how right we were.

I can feel the atmosphere around me becoming less stressed. People have stopped panic-buying, and there isn’t the same feeling of terror in the air. But I think it’s far too soon to get complacent.

My biggest fear right now is that I may get coronavirus in a much more vicious form than my symptoms three months ago. I’m terrified that if we do have a second wave, the sheer number of patients will overwhelm a National Health Service already at its breaking point due to years of defunding and being sold off for parts. What will happen if I need to be hospitalized? If there aren’t enough bed and ventilators, will I be cast aside for someone more likely to survive?

During the first wave, disabled and chronically ill people were lucky to have the heroes in the NHS and Department of Health who ensured that we wouldn’t be left at the bottom of the heap. But with their budgets and energy depleted, will we be as lucky the second time around?

Disabled and chronically ill people already have enough to struggles to manage. The burden of not being deemed healthy enough to live shouldn't be one of them.