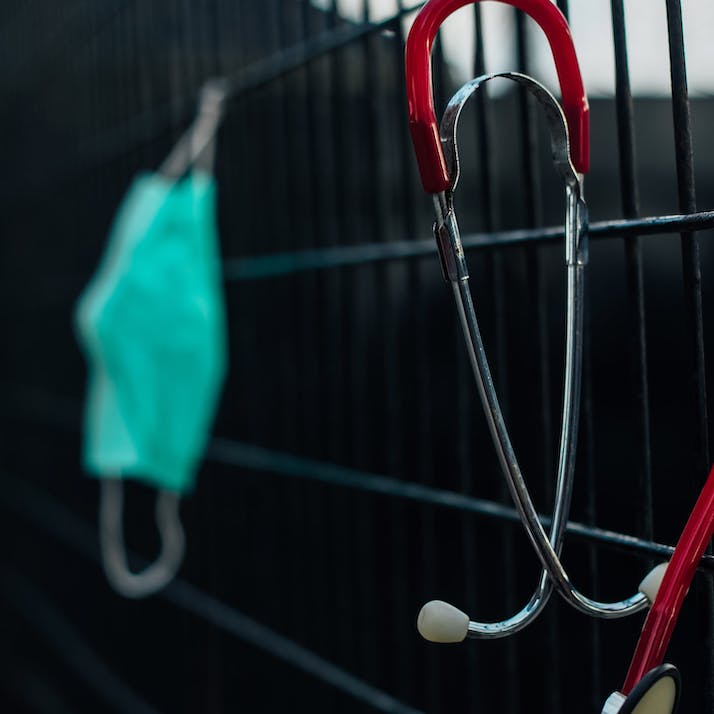 Why I Left Nursing Before COVID

There was only so much verbal and physical abuse I could handle before I needed to make a change.

I needed to suppress my shudder. It looked like a worm was wiggling under the patient’s forehead, and the last thing someone wants to see after having facial surgery is a grimace. After removing the tube, only a trickle of blood came out, as was supposed to happen. Throughout it all, I was screaming on the inside, but I kept on a professional face.

For over eight years, I was a registered nurse. I was surrounded by extreme emotions and demanding people, with workers and family members all trying to do what they thought was right for their patients. Nurses are often the face of the hospital system, doing things for you at your most vulnerable. But that doesn’t mean they get treated fairly.

I’ve been somebody’s wall to scream at. I’ve been groped, hit, spat on and verbally abused. All because I needed to pay my rent and wanted to do a job I loved. The running theme of the bad experiences? Being told, “It’s just part of the job.”

“”
I’ve been groped, hit, spat on and verbally abused. All because I needed to pay my rent and wanted to do a job I loved.

Angry Old-School Doctors Were the Norm in My Hospital

I’d just graduated with my nursing degree, moved out of my home and was finally “adulting.” I was excited and terrified; mistakes could accidentally kill someone. I just had to follow my training, learn from those that had more experience and follow the law. Sounds easy, right?

After nursing for three weeks, I’d gotten used to getting up at 5 a.m. and getting home at midnight. In all honesty, I still found it hard to poop in a toilet that wasn’t my own. Holding in a fart for eight hours is painful, and you can only go to the toilet when another person is covering your beds. So yeah, it’s a hurdle.

One day, there was an order for a “pre-med on call” from the anesthetist. The phone rang, and I prepared to put it on the loudspeaker if it was for medication orders. This was one of the first times I’d answered the work phone, so here I was, pretending to be calm and professional. I answered the phone and heard, “Where the fuck is my patient? Answer me, you idiot! Or has a fucking mute answered the phone?” I was stunned. I had no idea who this was.

I put the phone on the loudspeaker, and the nurses around me weren’t surprised once they heard the voice. One nurse said, “Hello, Dr. Blah, this is Super-Nurse. The medication chart states pre-med on call.” Blah interrupted, “Oh great, another fucking liar. Give the pre-meds to all of them; do your fucking job.” Super-Nurse asked him to repeat it to maintain legal compliance, but Blah just hung up.

Super-Nurse told me this was normal, that patients loved Blah, but Blah just yelled, swore, demanded or threw equipment at his staff. Only certain people could work with Blah. On the way to the lift with the patient, the doors to the elevator opened and out came Blah, looking like a rage-filled Papa Smurf—red-faced, fists clenched, stamping feet, yelling about the incompetence and stupidity of nurses. Dr. Anesthetist just stood there and agreed, afraid to admit to their mistake of omission.

Super-Nurse looked at me, shrugged. “It’s just part of the job,” she said.

Blah was an old-school doctor about to retire, and Dr. Anesthetist was too scared to admit that they had written the orders, but is that an excuse? Blah was not an anomaly, and the silence from Dr. Anesthetist spoke volumes about the hospital’s hierarchy.

One Patient's Sick Behavior Pushed Me Over the Edge

It was a windy night shift in the emergency department, and the moon was full. For some, that’s all I’d have to say, and they’d instantly understand. The department was packed and loud, thanks to beeping machines and people crying and moaning. The police escorted in The Patient, who yelled, “You’re all fucking cunts! Eat me, you stupid fuckwit!” and other classics because of drug-induced issues.

Other patients’ heart monitors were going off; blood pressure was rising; and patients’ families were mourning in a treatment room. The Patient was physically and medically sedated throughout the night, and still, they bore their teeth, screamed profanity and tried to yank themselves out of the restraints.

It was 4 a.m. I’d been working since 9 p.m., and The Patient needed to be cleaned. An orderly helped me, as all other staff was busy, but I needed to loosen the restraints. The Patient seemed to have finally calmed; the medication had settled in; and the in-charge nurse thought it was safe. So we loosened the restraints, and The Patient punched me in the chest. The pain was immediate, and the bruise blossomed later, but I kept changing the sheets because nobody deserves to sit in their own excrement.

I moved to their feet, and they kicked me hard in my hip, but I kept going. The orderly saw me grimace and asked if I was OK. Then, The Patient cleared their throat to gather snot and spat on my shirt. “I was aiming at your face, ya cunt!” they shouted at me. That was the straw that broke the camel’s back, and as I saw the green glob of mucus slide down my shirt, I was done. The next thing I knew, I was walking and could hear a muffled buzzing in my ears. I took my shirt off (I had a singlet underneath), suddenly hot, and struggled to get my breath. My heart was beating hard and fast.

I’d never abandoned work before, but I was done. As I got outside, another nurse blocked my path, asking me if I was OK, and all I could do was slowly shake my head. Eventually, I started to calm down in the 30-minute break I should have had hours ago and decided to finish the shift. I saw the scratches on the arms of another nurse when I got back from the same patient.

The morning shift told us, “It’s just part of the job.”

“”
The Patient cleared their throat to gather snot and spat on my shirt.

One time, I received a complaint that I didn’t pour a patient’s water for them because I was attending to a bleeding patient instead—you know, triage. The patient (let’s call them H2O) had a procedure on their toe, and their significant other blocked my path to demand I pour H2O a glass of water. (Instead of this conscious, grown adult with fully functioning arms pouring water, I apparently needed to do it.) “You’ll need to pour it for them or they could pour it themselves,” I said. “I’m going to another patient right now.”

Later, I was approached by the in-charge nurse, who said I’d been “mistreating” H2O. I explained my version of events—my truth—but that made no difference. “Just part of the job.” The bleeding patient had to go back to surgery, but that was of no importance compared to filling a cup for an adult.

There have been many other indignities and hard-to-swallow moments. Like the time a 6-foot-4, 551-pound man stood over me and threatened to “slap my stupid fucking face” if I didn’t get them another fan for their room at 3 a.m. on a Sunday. I’m about 5-foot-1, and the multiple fans already in their room had become tripping hazards. “Well, that’s why we hired an agency nurse,” the in-charge nurse said. “My staff is getting stressed looking after him. Deal with it.” At least they were honest.

Then, there was the time I took a body down to the morgue, and as I was signing it in, I noticed two infant names on the entry above. That night, I cried on the train on the way home and learned tears were a common occurrence. I remember an enrolled nurse crying because I was making a bed and they were overwhelmed by the idea of somebody “above” them helping. Their tears epitomized hospital culture, the power divide that encourages horizontal violence.

I Had to Quit Once I Stopped Caring

I decided to stop nursing when I caught myself about to put the wrong medication dose into a medicine cup. I could see the pathway that error could take, the potential injury, the changes to lifestyle, the legal and moral repercussions, and I just didn’t care.

I knew one mistake could have devastating effects—not just to the patient but to their families, the employer and myself. And still, I just couldn’t care. I realized the nausea I felt every day before going to work was linked. I just couldn’t cope anymore. After all the verbal, physical and emotional abuse, the hospital staff culture and the shift work, the thing that made me quit was that I could no longer care enough to do it safely.

I doubt nursing has changed much. When I saw people clapping for nurses during the early stages of COVID-19, I thought, “How long before those claps become slaps? How long before the cheers become abuse?” And then: “I bet the nurses would swap those claps for better conditions.”

The physical and verbal abuse, the mental strain and exhaustion—it shouldn’t be accepted. It shouldn’t be “just part of the job.”