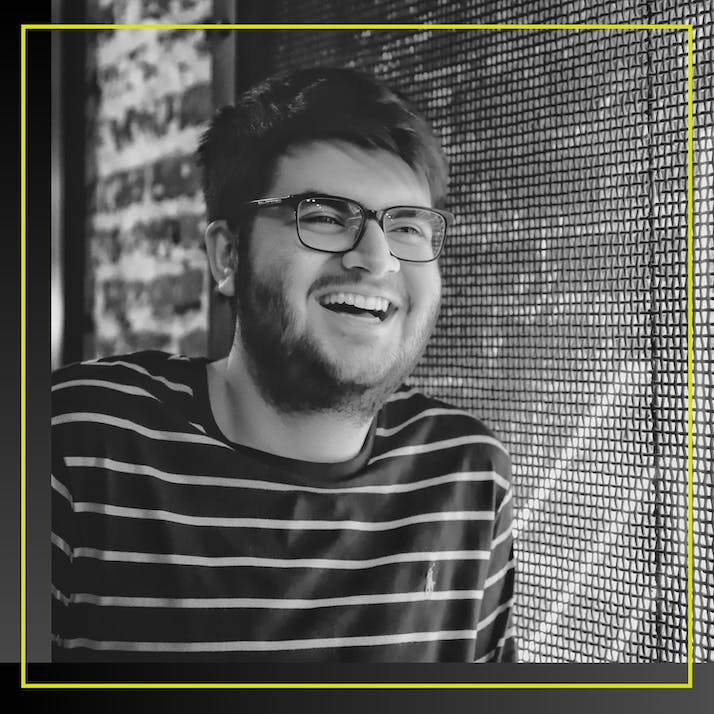 A struggling comedian explains why he’s never been happier in his life.

“Why am I trying to become what I don’t want to be…when all I want is out there, waiting for me the minute I say I know who I am.” – Arthur Miller, Death of a Salesman

For 12 years I sucked on the corporate nipple: I bent over and compromised my integrity in the pursuit of money as a salesman. I flew around the world selling services—services that didn’t always work—to foreign governments, private institutional investment companies and large, publicly-traded companies. The only goal I set for myself in that time of my life was to make $100,000 a year by my 30th birthday and then increase my salary by $100,000 every five years after that.

I hit those goals and the only thing that changed in my life was that I spent more—mainly on booze and food. As I spent more, I wanted to earn more. As I earned more, I got fatter, cockier and overwhelmingly unfulfilled. At age 34, I was going to leave it all to pursue my dream of being a stand-up comedian, but received an offer I thought was too good to pass up.

I could move to Chicago, work remotely, travel when I needed to, maintain my big boy salary and pursue comedy. The problem was I did everything but pursue comedy. I grew a pair of boobs (I am a man), two chins and would spend an average of $500 a weekend on drinking—mostly buying strangers drinks with the hope that they would like me.

The night before New Year’s Eve, I went out on a date with a girl I met on an app. We drank two bottles of wine at dinner, got after-dinner drinks and then she went home without me. I struggle with an all-or-nothing mentality in life so, instead of going home myself, I decided I would go out and find love the old-fashioned way: by myself, late at night in the bars of Chicago while borderline blacked out.

I woke up at 2 p.m. the next day naked in my bed with my bicycle helmet on and a whip in my hand. (I am into the kink.) I couldn’t find my cell phone or my grandfather’s Rolex which had been passed along to me. My wallet was on the counter and my credit cards were gone, but my ID was still there. That struck me as strange because normally a blackout entails the ID being gone with the credit cards—because you left both at the bar with your tab open. I was supposed to have lunch at noon with a friend that day and upon realizing I had missed it I loudly screamed, “Oh fuck!”

The following week I got very ill; extreme depression set in. I was so embarrassed by what I allowed to happen by getting so recklessly wasted. I didn’t leave my home for five days. I would take nighttime cold medicine to sleep and would lay in bed or on the couch for hours staring at the ceiling and not wanting to face the world. One evening I couldn’t sleep, so I opened a box of sleeping pills and as I was taking two of them, I thought, “I could just take this whole box and this will all be over.”

I stared at the box for I don’t know how long and, thankfully, something inside of me told me not to do it.

Two days later I was supposed to perform at the iO Theater as a part of the improv class I had been taking. I didn’t want to do it. A few hours before the show, my friend sent me a text telling me that he and several other friends were going to come watch the show. Now I had to perform.

“”
Being a comedian is hard.

Becoming a Comedian Saved My Life

I got on stage and something funny happened.

I had one of the best performances of my life. The laughter of the audience energized me and gave me purpose. After the show, several strangers approached me to tell me how funny they thought I was. It was one of the greatest feelings I have ever felt. The laughter saved me. I was reminded of why I moved to Chicago and what I was meant to do: make people laugh.

After that evening I began to plan how I would leave the corporate job and go all-in on the dream of making people laugh as a stand-up comedian. Eight months later I was a free man.

Being a comedian is hard. As it turns out, just being funny isn’t enough. I didn’t know how much work and mental strength is required to make the dream of being a comedian a reality.

Being a comedian costs me money and requires more work than I have ever done. When I told people in the corporate world that I was going to leave my job to pursue my dream, almost everyone said, “Yes! You have to go for your dreams!” When I told veteran comedians I left a successful career to pursue my dream of comedy, they all said, “You should not have done that, man.”

I hit my one-year mark of being a “full-time” comedian a few months back. My first year’s salary was $206. I worked out the math of all the time spent writing, waiting to perform, transportation to open mics and venues: my hourly pay is 59 cents. And, yet, I have been happier than I have ever been.

I used to fly business class around the world and schmooze with strangers over steak dinners with Scotch and wine; now I spend most of my time at open mics. An open mic is usually at a crap bar, in a back room and out of sight of the few patrons there. Most open mics are allowed to exist because it is the slowest night of the week and the bar might make a few extra bucks having a few comedians buy some PBRs. They are where dreams of comedy are waterboarded, where you can watch someone tailspin into depression or fits of anger—or both—in less than 120 seconds.

Stand-up comedy doesn’t exist without open mics. They are where you start to practice your material. If you want to be one of the first people to perform, you need to show up an hour before it starts. Shortly before the start, the host—a comic responsible for running the night by introducing people and keeping things in order—will put out a piece of paper and yell, “List is out. Sign up in the order you came!” If someone tries to jump the order in which they came, comics will angrily mutter about it until one has the courage to say something—which sometimes doesn’t happen.

The list will always have spots reserved for other hosts around the city because favored spots are currency. There are a few spots reserved for friends of the host or “established” comics who have asked for a favor to practice. If you are late to the sign-up, you will have to have to wait a long time for your turn and listen to a lot of garbage you have already heard five times in the previous two weeks because most comics repeat their material at every open mic to engrave it into the muscle they like to call a brain.

When your name is called, you get three to five minutes on the microphone to say what you came to say. Some people use this opportunity to practice their material, some use it for therapeutic venting and others use it to blab. The host will flash their cell phone light at you when you have one minute left. Sometimes a performance will be so bad, comics will say, “Oh thank Christ: the light.”

Have you ever loved doing something so much you are grateful for it to be over after three minutes when it doesn’t go how you want it to?

Focusing on myself and developing my own skills as a comedian and establishing a good name in the scene are priorities. As with anything, the work is paying off in the form of progress, self-development and being asked to be on shows in front of live audiences. The more work I put into doing what I love, the more I am asked to do it.

I am fortunate in that I didn’t blow all my money on booze and strangers: I did save and invest along the way, which has now allowed me to do what I love. The money will run out but I’m not worried about it. I know what I was able to achieve doing something I didn’t want to do, and now I am doing something I love. I was able to give up the belief that I have to have everything that goes along with the American Dream. I’ve replaced it with the belief that if I do what I love, the money will follow. Being a comedian is hard work that pays me in happiness, which is worth more than any amount of money.