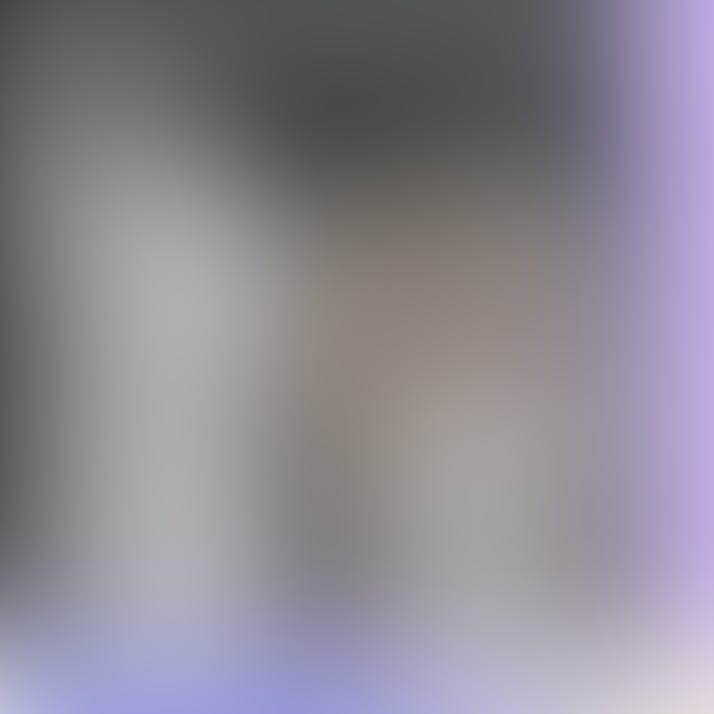 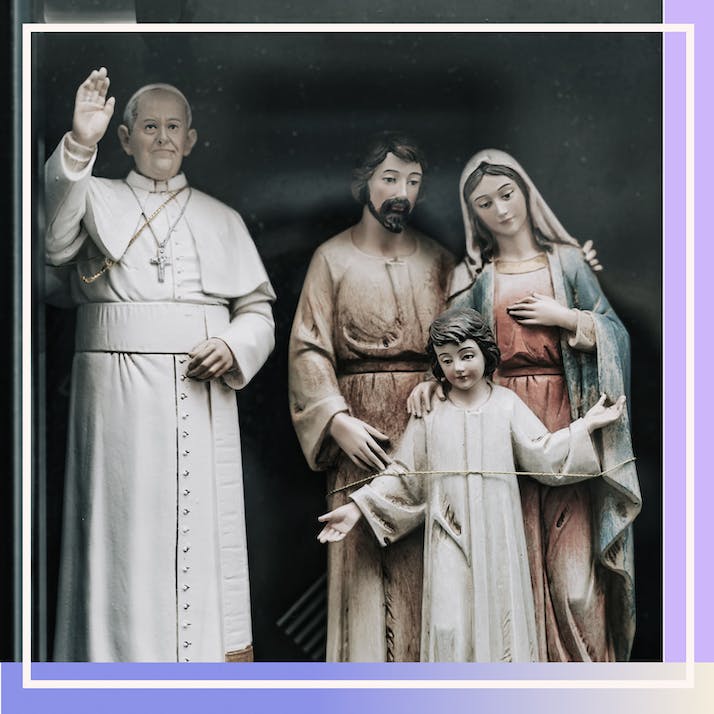 I Left the Catholic Church and Found Everything in Nothing

I was brought up extremely Catholic. Only once I left it behind could I find myself.

“Ever since I heard the howlin’ wind, I didn’t need to go where a Bible went.” -Bon Iver

One of the earliest memories of my life is my mom telling me I couldn’t have sex before I was married, which is a little like telling a baby bear to promise to never eat salmon. In fact, I distinctly recall being 7 years old and watching Magic Johnson’s press conference with my mom when he revealed to the world that he had HIV. After it was over, my mom got really quiet, turned to me and said, “Do you know why this happened? Magic Johnson had tons of unprotected sex with lots and lots of women.”

I got equally as quiet and gazed my pre-pre-prepubescent eyes up at her and said, “I like Ninja Turtles…what the fuck are you talking about?”

Welcome to being brought up extremely Catholic. It’s a world filled with glimpses of grace and light, usually symbolized in images of a very hot Matthew McConaughey-esque Jesus Christ, with chiseled abs, beaming blue eyes, cloaked in flowing white robes and surrounded by children and animals. He’s the kind of guy every girl would swipe right on.

But these dreamy images of serenity are shrouded by a lurking darkness around every corner, a shadowy, fiery figure who is out to destroy everyone and everything about you. This icon is known as the devil, or as my mom calls him, “the evil one.” And this dude is everywhere, all the time, just waiting for you to trip up, to indulge, to sin, to debase yourself and by doing so, to expose your mere mortalness by succumbing to his evil, destructive ways. Punishment is a lifetime of eternity in hell.

The following statement has become so common, it’s almost cliche at this point: “Well, I was raised Catholic, but I’m not anymore. Now, I consider myself spiritual, not religious.”

I get why this sounds super annoying—it’s usually told by someone named Blake, who sports a manicured man bun, or a marketing director named Natalie, who’s now pursuing her yoga teaching certificate despite her very real vocal fry and says things like, “You totally should do downward dog right now.”

I used to be one of those people. But after a roller-coaster ride of self-discovery and decades of adventurous (and often boring) religious and spiritual experimentation, I have come to a very different conclusion. I now tell people, “I’m not religious, I’m not spiritual. I am everything and you are everything.”

And I only know this because I finally discovered nothing.

Back to that little boy who was told not to have sex when he was 7. I spent the next 11 years of my life going to church every Sunday, never missing a day, and if we did, my mom made us have an “at-home Mass.” Picture a family fight but with Communion. Despite being brought up to be religious about religion, my mind started drifting away from Catholicism, so much so that, at least once a Mass, I would excuse myself to go for a walk around the church for as long as humanly possible so I didn’t have to hear the strained drones of the prehistoric Catholic hymn “Be Not Afraid.”

These extended strolls turned into deep contemplative times when I mulled over the possibility that maybe church and everything I had been taught about God, Jesus, sin and humanity just wasn’t for me. And who could blame me? Any service that starts with hundreds of people obediently rising to their feet so they can beat their chests and say, “My faults, my faults, my faults,” really doesn’t sound like a sick way to spend a weekend.

“”
I went off to college carrying a few suitcases and years of programmed Catholic luggage stuffed with shame, guilt, kindness, sexual trauma, doubt and some joy.

Yet, I Still Carried My Catholic Faith With Me to College

I went off to college carrying a few suitcases and years of programmed Catholic luggage stuffed with shame, guilt, kindness, sexual trauma, doubt and some joy. Most importantly, I was alone for the first time, and it was here that I had the revelation that I could actually decide what kind of spirituality was right for me.

Purely out of reflex, I dabbled in the local Catholic scene at the University of Iowa, and if that doesn’t sound sexy as fuck, I don’t know what does. But before I could get too far into that bustling community, something very important happened. For the first time in my life, I got a girlfriend—a real one.

My First Dating Experience Pushed Me to No Longer Be Catholic

I met Laura in my freshman rhetoric class, and we were immediately inseparable. She was completely stunning and adorable and perfect, and once you see a real woman naked for the first time, Jesus no longer seems that significant for some reason. Laura and I had the ideal college relationship, but there was only one problem: She wanted to have sex, and I was still a Catholic robot who thought intercourse would directly lead to casually burning in hell.

This phenomenon is not uncommon for Catholics, which is why you hear so many stories of Catholics pretending to stick to the Lord’s teachings by only engaging in butt stuff, which is a little like saying you don’t do drugs, only heroin. My hesitancy to have sex started as a small hiccup and slowly morphed into the demise of our entire relationship.

And it was around this time that I became very lost. Not only had I lost the real first love of my life, but I also put my spirituality on the back burner because, you know…a naked woman. I experienced a rock-bottom depression, didn’t eat, lightly entertained suicidal thoughts and contemplated taking antidepressants. But it was here that I discovered a quality in myself that I never knew I had, one I’m still extremely proud of. I decided to search and to dig without stopping until I found the satisfying and profound answers to life’s biggest questions. And of lesser importance, I got off my ass.

“”
Once you see a real woman naked for the first time, Jesus no longer seems that significant for some reason.

I worked out, joined the Model U.N. and the University of Iowa Democrats and I volunteered at Big Brothers Big Sisters and the Ronald McDonald House. I also worked for our student newspaper, The Daily Iowan, and at our student radio station, KRUI. I saw counselors and priests for my depression and anxiety, and I could feel the choking grip of sadness slowly loosening its hold.

I had no idea where I was spiritually, but I felt like I was taking back some control. I moved to New York City for an internship with Rolling Stone magazine and started participating in all different sects of Christianity, from Unitarian and Presbyterian parishes to all-Black churches to places where they “healed” you on stage by extending their hands over you and asking the devil to leave. It turns out, the devil stuck around for a while because I was too hungover to ask him to leave.

I eventually settled on a Christian church in Park Slope, Brooklyn, called Church! I chose that one because of the sweet punctuation and the fact that its members played basketball every Sunday night. But after a few years of attending their Sunday services, I felt like a stifled version of myself again. I kept getting stuck on Christianity’s bottom-line fact that salvation only came through Jesus Christ, and that only through him could true happiness be found. But what about me? Do I just suck outside of him?

Leaving Christianity Behind, I Began Finding Spirituality in Other Ways

I again drifted off and dove back into the spiritual abyss, knowing that there had to be something more. Only this time, when I jumped in, I landed on something that felt like home. A friend of mine told me about a book called The Secret by Rhonda Byrne, and as cliche as that book might be to the New Thought movement, it was, and still is, a game changer to millions for a reason. The idea that you can create your own reality with your thoughts, feelings and actions smashed down the walls of limitation I always felt with Christianity.

I was hooked and couldn’t get enough. I read Abraham-Hicks, Deepak Chopra and my favorite, Wayne Dyer, who quietly stated on stage, often with no shoes on, that “when you change the way you look at things, the things you look at change.”

I started meditating regularly, and I noticed that every time I didn’t, I became an anxious maniac who acted like I subsisted on a diet of coffee laced with cocaine. I discovered gratitude, the real kind, not just the passive sentiment you say when someone hands you a present. And I learned that the more I loved everything and everyone, the more everything got better.

I Found Myself By Connecting

My life went from seeing everything in the static binary—black and white, good and evil—to experiencing everything in technicolor. It was like I was given a pair of 3D glasses and could finally see all the good things that were always there but now popped out at me.

Most importantly, I discovered that everything can be holy: every chair, every smile, every setback, every doubt, every kiss, every breakup and every love. And you don’t have to sit in the confines of church walls to experience it.

I now live my life magically like this, feeling connected to every part of it. And very much like the great Van Morrison often sings, “No guru, no method, no teacher, just you and I and nature in the garden wet with rain.”