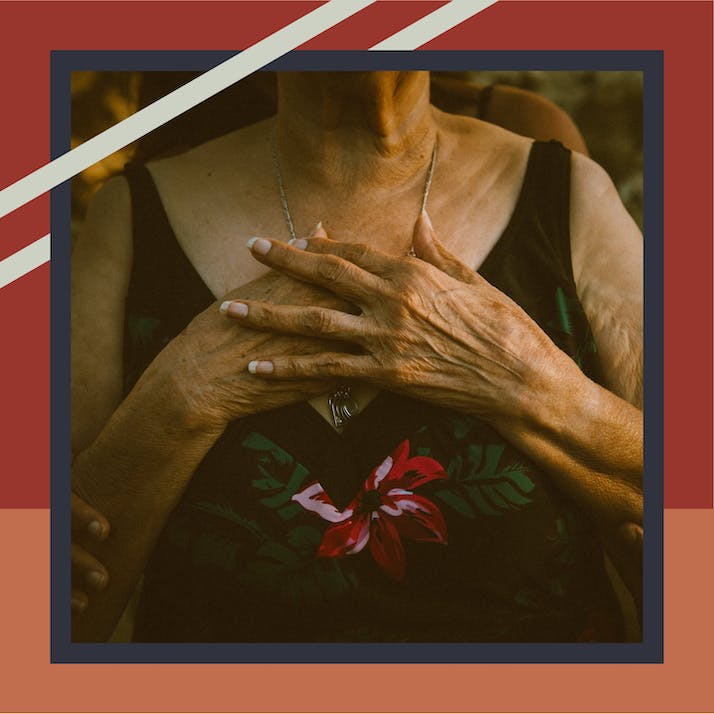 Caring for My Mom: Learning the Importance of Patient Advocacy

When doctors told me my mother had six months to live, I moved cities to help take care of her. It made me realize how broken the medical industry is.

I grew up understanding that my body was strong enough to withstand the most extreme of conditions and that the answer to illness was always in nature. When I got sick as a child, my mother would create a cocktail of herbs to remedy whatever condition I had. I have always upheld this way of living, and—knock on wood—I’ve never had anything more serious than a bad cold or ear infection.

About five years ago, I moved from New York to Los Angeles to help care for my mother, who was now 74 years old and had been experiencing recurrent brain tumors. According to her doctors, she had six months to live. In the process of taking my mother to appointments and overseeing her long list of medications, I had an eye-opening journey that made it clear how broken the medical industry really is. I was shocked to see how doctors she had trusted for years had become lost in a dark forest of hospital politics, legal liabilities, pharma rewards and incentive programs. And I was shocked to experience how my own mother had been turned into a pill addict.

Overly Prescribed Medications Prompted Me to Be My Mother's Healthcare Advocate

Once at a pharmacy pick-up window, I was asked to have my mother choose which of two medications she would prefer to continue. They explained that her doctor had realized that he’d been giving her two identical medications to treat the same ailment. I asked them a few questions and found out she’d been overmedicated for over a year. I also asked how it’s possible that a doctor would ask the patient which medicine she preferred. At that point, my mother could hardly speak. She was drugged up literally all the time on 20 different medications. She was in almost a catatonic state and in no condition to give any form of opinion.

Confused by the situation, I immediately called a friend who’s a doctor. He explained the two medications in question and helped me discern which might be best based on my mother’s present condition. I also contacted my mom’s primary doctor’s office. The doctor wasn’t in, but the assistant explained that the office had changed suppliers a while back, and somehow my mom's file was not updated. They apologized, but in a very nonchalant manner, as if nothing important had happened.

To top it off, she added that “The doctor has added one more painkiller to help manage the pain she was experiencing at her last visit.” The doctor was adding prescriptions as if they were free candy. I later learned that doctors are paid incentives by the pharmaceutical companies to prescribe medications. Some of the chaos I was witnessing came simply from a need to move products at the expense of trusting patients.

“”
I was shocked to experience how my own mother had been turned into a pill addict.

After that, I dove deeper into my mother’s medical situation. Because of the structure of her insurance, as with most insurance these days, she had a primary doctor who oversaw general care but was required to request authorization for specialists the patient may need. Sometimes, that takes weeks, and with severe medical situations, this can be a matter of life and death.

My mother’s primary doctor had been in charge of her care for more than 12 years, and it turns out that during this time, my mom had six other specialists also giving her treatments, mostly in the form of medication. The only problem was that once the initial diagnosis and treatment were given, these caregivers didn’t communicate with one another and didn’t track the interaction of the medications. Nor did they monitor changes that might indicate my mother no longer needed certain treatments. In fact, when speaking to her heart doctor, he explained the minor heart attack she had recently suffered may have been induced by the medication she had been given by her neurologist to combat the anxiety attacks she had suffered during her recovery from her recent brain surgery.

When I asked her doctor how long my mom would need to take this new pill, he told me, with a certain confidence, that she would need to be on it for life. My Spidey sense was immediately triggered. After a couple of sleepless nights, I decided to call a friend in New York who works in the field of toxicology. He recommended that I have my mother undergo a medical reevaluation by an independent medical consultant. Of course, these types of alternative treatments and therapy are not covered by insurance and have to be paid out of pocket. I felt mentally, physically and financially drained but booked an evaluation anyway.

Prescription Kickbacks Underline the Importance of Advocacy in Healthcare

I was overwhelmed by dealing with my mother's medications and the doctors insisting on starting chemo or radiation treatment to keep the brain tumors from returning for the third time. It felt like a bad dream. None of the doctors were making sense at this point. I decided to break away from it all for a few days and went on a long hike to clear my mind.

As I walked in the sun, I thought back to what my friend had told me. “It sounds like the doctors are just keeping your mom medicated to reduce her discomfort,” he said. “They may not know what else to do. It’s hospital policy to recommend chemo or radiation for all cancer patients, despite the known fact that in most cases, it weakens them further and can sometimes be the main cause of death. They do it to protect themselves from liabilities. It doesn't matter whether the doctor agrees or not with the treatment. As an employee of the hospital, they need to follow protocol.”

“At some point,” he added, “it's all about the unimaginable profits from treatments and medications. In fact, they want to keep people alive as long as they can, even if it means the patient lives in constant pain. Chronic disease is big money.”

I was haunted by the sense that my mother was trapped in a system of medical politics and profit margins. Money! Money! Money! And very little care. My head felt like it was about to explode. I was almost at the top of a hill. I looked up at the sky and noticed how clear it was. I felt the fresh air in my lungs and was mesmerized by the swaying trees around me. Suddenly, I connected to another reality, to memories of my mom giving me one of her all-natural concoctions and saying, “Take this; it will make you feel better.” The image pulled my mind out of the downward spiral of worries and anxiety that moments earlier had overtaken me.

I couldn’t believe how my mom’s doctors had mismanaged her care. It drove me to do my own research. After all, according to the doctors, my mom had very little time to live. I proceeded to remove my mother from this misguided system and started a natural and holistic treatment based on many healing traditions from around the world.

We began with healing the mind by facing her fear of death and regrets. My mom had conversations with relatives, friends and others with whom she wanted to make amends. For those she could not reach, or who had left their bodies, she wrote letters asking (or giving) forgiveness and then we burned them to complete the release.

Then we began to make preparations for her funeral. She purchased a cemetery plot and casket and decided which clothes she would be buried in. Then we removed all processed sugars and foods from her diet and began to cleanse her system of the toxins that had built up from years and years of pills and environmental exposure to chemicals. She went on a fully vegetarian diet, and for the next three months, she lived exclusively on green juices, vitamin C infusions and other nutritional supplements that, instead of destroying her system like the chemo would, helped rebuild her strength.

After two and a half years of experimenting with holistic practices, my mom was pronounced clean of cancer. Now, six years after her initial diagnosis, she continues to remain strong, without any trace of disease.

“”
After two and a half years of experimenting with holistic practices, my mom was pronounced clean of cancer.

Everyone Deserves a Patient Advocate Willing to Demand Proper Care

I learned from this experience that anyone who is under medical care needs an advocate at their side who is willing to demand proper care, even if it means going against the system. My mother’s generation considered doctors all-knowing and unblemished people worthy of respect, but the times have changed. My experience opened my eyes and reminded me that doctors are human too. They make mistakes and are as susceptible to the dark side as anyone else.